The Stock Market has imploded, gone down like the Hindenburg – off 20% from its high. Other indices have dropped over 40%; a Titanic type of dive. This was a foreseen event, but the public was blind sighted by the optimistic rhetoric – bye the Dips. Stock sales men love to pimp their wares, but when the phone rings, they are nowhere to be seen. Once a drug pusher transition you to a junkie, the game is over.

How could they not see this from happening? Inflation was out of control, interest rates were rising, the war in Ukraine intensifying, Branden falling up the stairs, most people fall down the stairs,

John Q Public as been torched once again, old stalwarts are now in the bargain bin But is there more pain to be had is the question? Don’t be surprised if another 10% or more haircut happens, This will not be pretty, carnage never is. Watch the polls, watch the November election, visualize the 2024 election from two years out Will Trump arrive in Washington and be given a Hero’s Welcome? A lot of stuff going on, 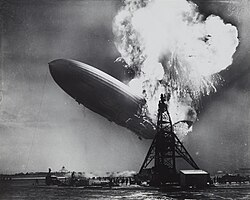