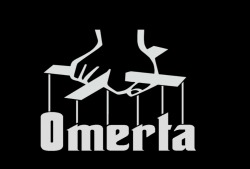 Obama pushed the socialist agenda hard culminating in the approval of Obamacare. Note that the Democrats owned this having no Republicans voting for it. But all was not lost, Chief Justice Roberts gave thumbs up to its legality. We wonder if he did it surreptitiously, giving the Republicans an issue to run on?  Interpreting the law by saying the penalty for not signing up was a tax, therefore Obamacare became the new healthcare panacea.

This became a blessing because the Republicans now had an issue. And so the fait accompli  became the rallying cry. The Elephant party took over Congress.

Next came Donald Trump, a “joke” at first blush and a circus clown at that, no way was he going to trump the Bush, Christie, Rubio, Kasich, Cruz and all of the other also-rans. However, during the primaries things started to move in “The Donald’s direction.” Trump was no ordinary stumping politician. He shot himself several times; for instance the comment on blood flowing, calling Rubio, “little Rubio and Bush, “low energy.” Then he dueled with Cruz regarding wives. With all that being said Trump started to emerge from the “joke” to contender. He fought off those with more power and money, moving into the top tier.

On the other side Hillary, the odds on favorite fought desperately fighting off attacks from Bernie Sanders. At time Hillary was shaken to the very core. Sanders was gaining grassroots momentum, suddenly winning primaries. What was Hillary to do? Her brain trust had the answer, do what comes natural,LIE.

She took their advice, lying about her record, lying about Benghazi, lying about her emails.  But still the media gave her succor. Calling her the odds on favorite to defeat Trump and handily at that. Sanders was disposed of, not with ease, but with dispatch; an inside job in a rigged system. An inflection point in the name calling campaign of Hillary Clinton though, one she will never forget, is when Hillary called us DEPLORABLE.

Finally, the picture began to come into focus; the pollsters polled what they wanted to hear ignoring the rumbling down under. However, this was a good thing for the Republicans because the Democrat hierarchy and Hillary’s brain trust bit full line and sinker. They did not campaign in the states that they thought were a sure thing. Their campaign was in celebration mode, bottles of champagne in the clubhouse, on ice and waiting to be uncorked. The rigged system was working for them, with the press on board, CNN playing favorites and polls forecasting a Hillary victory. There was nothing to worry about.

On election night the NY Times initially had a Hillary win probability at 85%, the race for the White House was moving in the right direction. Shocked waves began to surface, a deep fissure indeed – once joyful Democrats started to see a turn of fortune. Expression became melancholy. And then the proverbial “shot heard around the world was fired.”

The results from Pennsylvania came in. Hillary was badly beaten, this time by a loud mouth racist-sexist who never followed the politically correct line. GAME OVER!

Of course the FBI helped, so did the email controversy and the Benghazi murders.

Thank you Anthony Weiner for keeping the stained computer; who would of thought that a perv may have bailed out the Trump campaign.  Perhaps you are the Steve Bartman of 2016. We don’t know what is on your computer, but from initial reports it does appear that evidence of the seminal type may convince FBI Director Jim Comey to recommend indicting the Lying Clinton. Why else would he re-open the case at this late date? Don’t believe the hatchet man Reid who says that Comey may be in violation of the Hatch Act; this is just an act.

The irony here is perplexing. Back in July the Democrats were dancing in the streets after Comey failed to indict the lying Clinton. Their accolades were shouted from all over Capitol Hill for the world to see; our Girl was not guilty. Comey did the right thing, he was our guy. But turning back the clock there are those who thought he made a political decision. Hillary broke several laws , that is a fact. Comey used the excuse that she was careless and negligent, but not to the degree where it invited an indictment. Hello! You are a little bit pregnant but not pregnant yet.

This decision weighed on Comey to the extent that he lost all credibility at FBI headquarters. Did Loretta Lynch get to him like Slick Willie got to her? We know what $Bill said, “hey Loretta, my wife is running for President, she will be your boss; it is incumbent upon you to tell Comey to layoff, if you know what I mean.” So it was said and it was done.

Moving forward though there were unseen events lurking in the behind the scenes. Another Perv was being investigated by the FBI. Anthony Weiner, the disgraced husband of Huma Abedin, Hillary’s top cat. Weiner was caught again with his pants down, allegedly sexting to a 15 year old. Coming to Trump’s rescue was none other than Comey’s FBI. The gumshoes did their job well, combing through all of Weiner’s devices – and low and behold what pops up causes a stir. They find Huma Abedin and Hillary Clinton’s emails on Weiner’s computer. Red flags go up; Comey is notified – all hell breaks loose.

A suddenly called news conference this past Friday, Comey indicates that “it ain’t over till it’s over.” The Clinton case is reopened. Democrats are furious, Harry Reid goes ballistic, but on the other hand the Republicans are now the ones dancing in the streets. The once holier than though Democrats call Comey a disgrace, having the nerve to announce these revelations eleven days before the election. Republicans are clinging their champagne glasses, toasting each other as if Hillary takes the fall one more time.

What we do know is that Huma has not joined the campaign tour at this point. Secondly, we know that there must be some really convincing evidence for Comey make the decision to reopen the case. Did Huma lie when she told the FBI that all of her devices were turned over to them? The Mother of all questions a hypothetical at that,  can Hillary be indicted before she takes office?

CLICK HERE FOR THE MOST IMPORTANT SPEECH BY DONALD J. TRUMP. In it he lays out the cabal by the Clintons and their ilk to violate the Constitution, taking away our Freedoms and turning our country into another gulag archipelago. The press, the media are all in cahoots with the Clintons.

The question now remains is the Bird going to jail.

Unnamed sources close to the investigation are reported to have said that the FBI has found no evidence to prove Clinton intended to violate the law.  That sounds important, but it is not.  The operative legal issue is not whether she intended to break the law, but whether she knowingly and intentionally stored classified information on her unauthorized server.  Here is the specific law:

The statute says nothing about an intent to violate the law. It is an important distinction.  Clearly, Clinton intended to create a private server for use as her exclusive means of conducting official business as Secretary of State.  She also knew it was not authorized because she never sought authorization from the relevant agencies.  At the same time, she knew her unauthorized server would collect, retain and transmit classified documents during her four year term and intended it to do so.

This would appear to violate the language of the statute. She can hardly claim she did not recognize classified material… because that would be arguing her own incompetence.

Ignorance of the Law
Is it possible for Clinton to argue that she did not know she was breaking the law?  She can try, but in a court of law it is no defense.  Ignorance of the law is never an excuse.  Otherwise, everyone accused of a crime would play dumb.  “Gee, I didn’t know my actions were a crime!”

Moreover, Clinton knew the law because she was specifically instructed on the law when she took office.  She received a “national security indoctrination” –a tutorial on the law of classified materials.  Thereafter, she signed a sworn “non-disclosure agreement” promising never to convey classified material to an unauthorized person or place.

In that same agreement, Clinton was also warned that classified material can be either marked or unmarked.  The content dictates its classification, not the markings.  So, her previous claims that nothing was marked classified is not a defense.  This is especially true since Clinton reportedly authored 104 of the classified emails herself.  Surely, she knew what she was writing.

Gross Negligence
President Obama recently called Clinton’s handling of the classified emails “careless”, but not intentional, as if that makes it okay.  However, carelessness is sufficient to be convicted of a crime.  The following statute specifically addresses this issue:

“Whoever… through gross negligence permits (classified information) to be removed from its proper place of custody… shall be fined under this title or imprisoned not more than ten years, or both.”  (18 U.S.C., section 793-f)