The liberals have gone mad with Justice Kavanaugh now on the High Court. Pelosi reported to be having convulsions, seizures and most of all fits of delusion. A stab in the back is rarely pleasant, but to be the recipient of one while mortal enemies are present is no laughing matter. This is called a learning experience; as the old saying goes “the enemy of my enemy may turn out to be my friend.” And this is the case with Trump breaking bread with the Libtards. He is putting the RINOs on notice that those who opened their big mouths in 2016 to get elected are liars; he calling them out. When push came to shove Obamacare lived for another day.

So here we have it; a three month extension to keep the government going, PLUS funds for the hurricane victims. Expect FEMA to be under water in short order. Who will bail them out? Of course WE, who else?

The cognoscenti have noticed the dollar diving off a steep cliff, gold ascending to new highs and the Euro, we thought it was dead and buried has suddenly come to life, rebounding about 20% against the greenback. We wonder if the 20 trillion in debt that is on the books is becoming an issue.

Back to reality. Republicans have done nothing since regaining Congress except collect their fat pay checks; welfare for the rich! Obama rolled over them like a Caterpillar, flattening one RINO after another. 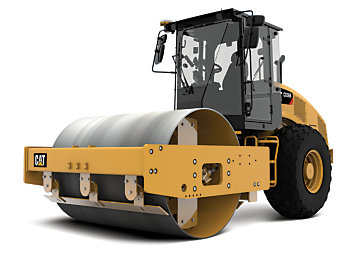 The likes of McCain, Romney, Ryan, a bunch of losers who hated Trump from the get-go. He beat them at their own game.  Trump is very much aware of the game these backstabbers play; they forced his hand, he outed them, the do nothing Republicans who can’t fight themselves out of a paper bag.

2018 election is at hand, many of these RINOs will find it difficult to hold onto their jobs. Maybe the others remaining will wake up and do the job they were hired to do; WORK. Expect Trump to campaign for those who can do the job we pay them to do. Schumer and Pelosi, both made of the same rotten cloth, will not accept reality. They went yellow pants on election eve. The news of Hillary’s defeat hit them like a BRICK exposing the bitterness that hides inside the marrow of their bones. Instead of accepting the outcome of a Trump victory, these two have gone on the warpath. Schumer, a liar first rate intends to hold Trump’s Supreme Court pick hostage. Pelosi who doesn’t have say also mouthed a thing or two concerning the pick. These Stuffed Shirts spew voluminous threats and accusations directly confronting the President. Maybe they realize the consequences , but really don’t understand what the word “LOSE’ means.

Neil Gorsuch has an impeccable record as a federal judge, winning a unanimous vote when appointed to the bench. But now, the blue blooded weasels in Congress find him unpalatable. And why? Because he will passionately defend the Constitution, Hypocrites these two; they took an oath to do the same, that is defend the Constitution, now they are rebuking their Constitutional charge. We can surmise that any candidate appointed to the Supreme Court by Trump will bring a progressive outcry; so don’t expect smooth sailing for the time being, stormy weather is ahead. However, in 2018 twenty three Democrats are up for Senate reelection, ten of those are in states that Trump won handily – most of them will be peeled off when the time comes for a vote. If not, the nuclear option is a very real possibility.

The Night of the Long Knives is about to come down hard on Big Government. Expect the Team Trump to take out sword, swishing, swashing, swinging and stabbing the Bureaucracy anyway thhe can. Trump wants things done now, not twenty years from now. His Secretaries will bring the Big Government to heel; count on it. Layoffs will be brisk. Those who work in the bureaucracy know who they are, they toil all day looking out the window, pushing paper from one desk to another, drinking cups of Starbucks all day. many with nothing to do and when they do something there really is nothing to show for it.

For a laugh, click here to watch Rachel Maddow eat crow during the night of the long knives.

Hillary Clinton gets a slap in the face and calls out Obama then foams at the mouth.

Time to TAME THE BEAST and DRAIN THE SWAMP.