Will Mexico Get Half of Its Territory Back?

The United States invasion of Mexico in 1846 inflicted a painful wound that, in the 170 years that followed, turned into a scar. Donald Trump has torn it open again.

Among the many lies that he has constructed, none is more ridiculous than his attempt to contradict history by presenting the United States as a victim of Mexico, a country that supposedly steals jobs, imposes onerous treaties and sends its “bad hombres” across the border.

To confront this fake history, some Mexicans are proposing to remind Mr. Trump exactly what country was the first victim of American imperialism. They are calling for a lawsuit that would aim to nullify the Treaty of Guadalupe Hidalgo (signed on Feb. 2, 1848), in which Mexico — invaded by American soldiers, its capital occupied, its ports and customs stations seized — was forced to accept the American annexation of Texas and concede more than half the rest of Mexican territory, now including most of the states of Arizona, New Mexico and California.

This effort is being led by Cuauhtémoc Cárdenas, the elder statesman of the Mexican left. Mr. Cárdenas is convinced that the Mexican government — especially given the need to confront Mr. Trump’s aggression — has a solid legal case. In his opinion, the 1848 treaty violates essential international legal norms and a case can be brought before the International Court of Justice, proposing reparations and indemnification. And even if one admits the legal validity of much of the treaty, there are a number of crucial articles — such as those dealing with citizenship, property and the security of 100,000 Mexicans who remained on what became American territory — that have been ignored from the beginning.

If the present Peña Nieto government does not adopt Mr. Cárdenas’s project, an opposition candidate (of either the populist left or the nationalist right) could legitimately assume it as a banner for the presidential elections of July 2018. Such a new president could make that lawsuit a reality.

Mr. Cárdenas’s initiative may have little chance of succeeding legally, but its public impact could be considerable at a time when Mexico is being attacked unjustly by President Trump.

The United States owes Mexico and itself an honest reconsideration of its first imperial war, not only in its schools and universities but also in its museums and books. Hollywood and Broadway, which have always played an important role in shaping the American historical consciousness, should take up the issue.

Films, documentaries and memorable TV series have helped to modify the memory of two original sins, slavery and racism against African-Americans, and, with somewhat lesser attention perhaps, the racist slaughter and repression of the American Indians. A third sin should be added to these: the aggression against Mexico and the plundering of its territory.

For us Mexicans, this is the chance for a kind of reconquest. Surely not the physical reconquest of the territories that once were ours. Nor an indemnification that should have been much greater than the feeble amount of $15 million that the American government paid, in installments, for the stolen land. We need a reconquest of the memory of that war so prodigal in atrocities inspired by racial prejudices and greed for territorial gain.

But the best and most just reparation would be American immigration reform that could open the road to citizenship for the descendants of those Mexicans who suffered the unjust loss of half their territory.

First a little history: The United States has been the home of those with Mexican descent since the Battle of Gonzales. Settlers from the United States were called in to Mexico by the Mexican government to provide help needed to counter Indian raids from across the border

The Battle of Gonzales was the first military engagement of the Texas Revolution. It was fought near Gonzales, Texas, on October 2, 1835, between rebellious Texian settlers and a detachment of Mexican army soldiers. Gonzales became a rallying point for Texians opposed to General Antonio López de Santa Anna‘s policies. On October 11, the Texians unanimously elected  Stephen F. Austin their commander, despite his lack of military training. By the end of the year, the Texians had driven all Mexican troops from Texas. COME AND TAKE IT WAS THE BATTLE CRY

The U.S.–Mexican War or the Invasion of Mexico, was an armed conflict between the United States of America and the United Mexican States from 1846 to 1848. It followed in the wake of the 1845 U.S. annexation of Texas, which Mexico considered part of its territory in spite of its de facto secession in the 1836 Texas Revolution.

Santa Anna defeated the Texians at the Alamo but he was defeated by the Texian Army commanded by General Sam Houston and captured at the Battle of San Jacinto and signed a treaty recognizing Texas’ independence.

The 1848 Treaty of Guadalupe Hidalgo ended the war and specified its major consequence: the Mexican Cession of the territories of Alta California and Santa Fe de Nuevo México to the United States. The U.S. agreed to pay $15 million compensation for the physical damage of war. In addition, the United States assumed $3.25 million of debt owed by the Mexican government to U.S. citizens. Mexico acknowledged the loss of Texas and thereafter cited the Rio Grande as its national border with the United States. Texas became the 29th state in 1845.

In the aftermath of Texas becoming a state. First of all the Mexican governments following the Treaty of Guadalupe Hidalgo never fully accepted the loss of Texas to the Gringo. Many words have been exchanged through the years. To many Mexico is still a sewer pit, run by the drug cartels, but one must be aware that corruption is prevalent in government. Police, mayors, governors, troops all have been infiltrated by the (click for some nighttime action by the Mexican gun ship-kudos to them)Drug Cartels. Many areas of Mexico remind one of the favelas of Brazil. Slum cities operating without government oversight. 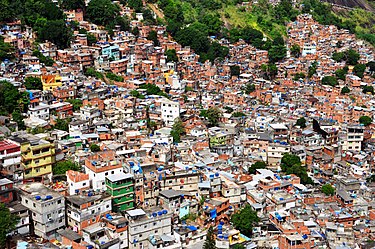 Gangs rule the roost;  the law of the jungle prevails, drugs and guns are commonplace.

The time has come for these criminal illegals to accept the card they were dealt. Why, one may ask, bring a human into a world of decay, suffering, filth, dirt, corruption, death in the country you were born? To ask an innocent child to live and suffer the consequences of a parents mistake is akin to murder. But to ask others to solve their lot in life by paying for it is most egregious and down right wrong. For those illegals coming to the United States and infecting us with their diseases is akin to murder.

For the leaders of a corrupt country to tolerate such conditions is the same as condoning them. They too are guilty of sin of the highest order. The problem with Mexico is corruption which leads to the mass migration into the United States. These illegals bring with them the culture of drugs, killings, guns. Our laws have been broken, the United States has been attacked and it is up to Trump to put a stop to the infiltration of the criminal element. Mexico President condones this behavior. Time for him to face the music. The election in 2018 will bring in a new government; most likely run by the Mayor of Mexico, a Populist who will bring Mexico down like Venezuela. Anticipate a major confrontation with Mexico in 2018.

The NAFTA agreement was hailed by both countries to be the panacea, the coronation of free trade  – one that would bring true economic benefits. It hasn’t turned out that way. Mexico exports illegal aliens (not undocumented) and our companies took advantage of little or no tariffs to pocket huge profits at the expense of laid off American workers. That sucking sound you heard was our jobs going to Mexico. So now it is up to Trump to right the wrong. A strong border wall is the first step; the second step is to challenge the ANCHOR BABY fiasco in the Supreme Court. This will be a fight. Until the court has two more conservatives on the bench our country is at the beck and call of illegal aliens and their perverted judges in the 9th circuit.

Click here for the story of another illegal deported by ICE.

Puente Arizona, the advocacy group, said that Garcia de Rayos was a victim of the controversial policies of former Maricopa County Sheriff Joe Arpaio. Enforcing identity-theft laws was one of Arpaio’s most well-known tools to crack down on illegal immigration in the border state.

Puente sued Arpaio, saying the workplace raids — such as the one where Garcia de Rayos was arrested nine years ago for using a fake Social Security number — were unconstitutional and amounted to racial and ethnic profiling. It lost the case on appeal, but Arpaio disbanded the task force that conducted the raids.