Nicolás Maduro was set to extend his grip on power Tuesday as the ruling socialist party prepared to assume the leadership of Venezuela’s congress, the last institution in the country it didn’t already control.

Don’t cry for Venezuela. They deserve the fate they have chozen. The plebeians fell in love with Chavismo, may he rest in peace; his hand picked heir, Maduro, has upped the ante. Socialism, the elixir to the good life has not turned out the way it was supposed to. 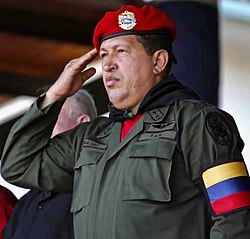 The socialist thug, yes he is a thug like all the rest of the revolutionaries including Castro, who by the way was the mentor of Chavez.  But now things have gotten to the boiling point. Mind you, water is not boiling, but tempers are. And why? First aqua was rationed, then electricidad, but what gets the the common folk really upset is the spigot which dispenses cerveza. It has run out of suds. No cerveza, that is the red line which feed the revolutionary appetite.

Maduro, a low life soldier in Chavez’s army was given the key to the nation by Chavizmo. Elections followed and as typical in Venezuela the winner was announced before the votes were counted. Jimmy Carter can attest to that.

Two years ago the situation heated up, but with no more beer to celebrate life’s mundane existence the revolution has now fizzled.

Totay, the people are suffering immensely; hangovers are no fun in Venezuela. No medicine to treat the afflicted. Venezuelan opposition leader Henrique Capriles Radonski has claimed that the rightwing Roundtable of Democratic Unity (MUD) coalition collecting more than 1.5 million signatures in support of a recall referendum against incumbent president Nicolas Maduro.

But as all good things come to an end. The recall election was suspended. The reason given by the government “FRAUD.” Do you have anything to say about that Jimmy? Of course the good times don’t last forever and the  poor paupers who struggle daily for one grain of wheat are going to plan B. SUICIDE OR DEATH. There is a difference, suicide is self inflicted, but DEATH is the result of revolutionary zeal.

In countries similar to Venezuela only the architects of the Revolution get rich. The middle is forced to eat the leather off their shoes. The rulers feast on caviar and kobe beef.

A court in Cape Verde has ruled that a Colombian businessman, who was a special envoy of the Venezuelan government, can be extradited to the United States.

Alex Saab is facing money laundering charges for allegedly helping the government of President Nicolas Maduro transfer around $350m (£257m) out of Venezuela.

Hard money is the secondary elixir that satisfies the DICTATOR’S APPETITE. The primary elixir is BLOOD. All revolutions see innocents murdered, but to those doing the killing this is peripheral damage and expected. VIVA LA REVOLUTION.