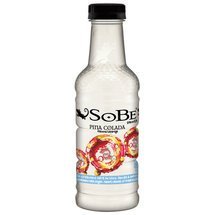 The IRS now admits that it destroyed 24,000 Lois Lerner emails. Their excuse, “they were not erased on purpose.” This type of response is unacceptable. We want answers, we want heads to roll. This is an outrage which proves that the Obama administration targets its enemies unencumbered by laws or the Constitution.

UPDATE: The ultimate in humiliation is upon the Greeks as the banks have closed their doors. The socialist scheme which exists today has done its job. In a capricious manner they have succeeded in their quest which is to bring the country to heel. The depression vortex is now in full spin, sucking what little is left of Greece’s life blood. We congratulate Germany and France who were steadfast in their demands for reform. They did not cave and we applaud that.

The son of Zeus and Hera according to Greek mythology, Ares the God of war in the reincarnation of Tsipras, will be paying homage to the European Central Bank (ECB), on Monday, not appearing with stern posture, but from a kneeling position, like the beggar often seen on the streets of Tijuana decades ago.  This will represent the final humiliation to once was a proud country, but now is no more worthy than a rogue pencil seller

who squandered life’s chances. It had to end this way, thieves and cheats are not be trusted.

The string has played out, hair dressers retiring at 40 years old with full pension is all you have to know to realize how the European creditors, mainly Germany, have been raped. Enough is enough, the time has come to let them eat cake, but primarily sleep in the bed they made. When a country has the audacity to threaten others for no good reason as Greece has; yes they have demanded that Germany pay war reparations from WWII although this has been a settled decades ago. The U.S. too is on the hook for $15 to $20 billion.

The Greeks are queuing up at the ATM’s like hungry rats feasting on a block of cheese. Monday will most likely be one of many of the bank holidays to come. Look for capital controls, they are necessary to stem the flow of cash from the socialist coffers. Experts expect the Greeks to issue their own currency, the drachma, in a matter of weeks. Of course this will do nothing, but burnish our expectation of massive inflation, unemployment leading to a Venezuela type catastrophe. Poverty for all will result. The thinking is that exports will boom, but what exports?

Listen as POTUS  lies through his teeth. And again. “A victory for America.”

The Supreme Court cowards who have the audacity to make law will soon feel the noose of public opinion. To have six liberal justices rewrite the letter of the law violating the Constitution by subjugating the independence of States rights.. The time for revolt has come. Click here of the Hannity interview of Ted Cruz.

ISIS celebrates their forth of July with a bang; welcoming in Ramadan ISIS commanded their ruthless suicide bombers in three continents to carry on the work of Mohammad;  ISLAM is a religion of peace. You are either subjugated or killed.

In France, where else would the beheading be more appropriate – France was once known for the severing of heads by the guillotine. ISIS is on a roll, nothing is in the way as their assault on innocents continues. Not bowing to their commands means certain death. Their recruitment of malcontents continues. Targeting future jihadists in the Muslim communities is facile.

Out of work and leading a life of misery many miscreants (blaming others for their lot in life)  want to make a name for themselves and what better way than being a martyr. Living is a death sentence where martyrdom is the promise of ever lasting life.

The Caliphate crusade threatens the western world, gobbling up parts of Syria and Iraq with an appetite for more. Sending defense establishments from the United States to Saudi Arabia into a frenzy. The question remains who will stop the force? Will the righteous make a stand? The current violence pervades the minds of worthless wanna bees. European countries have been inundated with Muslims fleeing the death squads in their own countries only to force local communities to bow their heads to the new comers. Soon Europe will fall to the almighty Allah.

Click here for the new Demographic; a most shocking video.

Men can marry men, women can marry women so says the Supremes; what will stop men from having 50 wives or women having 50 husbands? The LGBT life style has been condoned by the court in a 5-4 decision. Based on the rout there is nothing standing in the way of multiple  spouses. To even go to the extreme, imagine a man having five female spouses and five male spouses or vice versa; who will stop this? POLYGAMY is the next frontier.

San Francisco’s Castro Street was beaming with joy as they celebrated well into the night. Congratulations to them for paving the way to the many polygamists living in Utah and elsewhere. The Church of the Latter Day Saints (LDS) founder Brigham Young was said to endorse the practice of plural wives. And in 1831 Joseph Smith endorsed it as well. The acceptance of Utah into the Union was predicated on the elimination of the practice. From Wikipedia an explanation of the Morrill Act which outlawed the taking of multiple wives.

A Mormon family with multiple wives

Republicans have been blindsided by “The Donald“, coming out of the bush, mounting a serious challenge to the Republican dogs who are licking their wounds. What does this tell you? It tells the Republican “also rans” that America is sick and tired of their day in and day out bull…t. Capturing both houses in 2014 they have not put on the gloves, but have bowed to the anointed one.

Committee meetings, TV appearances are all for show, newspaper interviews, all a bunch hogwash.  Lois Lerner has not been arrested, Hillary Clinton, a congenital liar, dishes out a verbal contamination of pure unadulterated s…. And “We the People” have had it. Every single day there is another news story about corruption, money missing, emails erased; it goes on and on.

Adding insult to injury, ten Republicans voted for Loretta Lynch as attorney general, they are Kelly Ayotte, Ron Johnson, Mark Kirk, Rob Portman, Thad Cochran, Susan Collins, Jeff Flake, Lindsey Graham, Orrin Hatch and Mitch McConnell. That in itself is prima facie evidence of a corrupt government, one that needs to be dissolved before it can do more damage.

“REVOLUTION IS THE ONLY SOLUTION.” VOTE TRUMP

Hillary is running on fumes; she is old news trying to work the crowds that have seen this play too many times. There is no curtain here, just a spartan stage filled with stuffed shirts. The crowd is not enthusiastic. The main actor’s cameo long past.  Her words are old hat, her looks are wrinkled as the years have eaten away the little collagen that remains. Botox maybe an alternative, but this would be seen as a vain attempt at Tom Foolery. Other actors are waiting in the wings watching her every move. So far she has not broken a leg, but has twisted and turned exposing her weakness to the liberal flank.

What was supposed to be a joy ride to an invincible campaign has now run amok, just as it did in 2008 when she was trampled by a first term unknown. Now HRC is up against the communist senator from the Green Mountain State of Vermont – a transplant from Brooklyn, NY, Bernie Sanders has attracted SRO crowds to the dismay of Clinton’s soldiers. The phalanx that was to surround Clinton has not yet positioned itself, hence she is vulnerable to the onslaught arrows that have penetrated her thick skin.

The latest poll reveals  what we already know, that Hillary is not a likable person. She has a favorability rating of only 45%. This is worrisome to mainstream Democrats who count on her carrying the water for the many Senators up for reelection. From our perspective, despite the campaign’s second roll-out, the Hillary mo is reminiscent of another event – the sinking of the Titanic; they said it wasn’t sinkable.

The HRC run for the White House made this prognostication one year ago, IT IS A DONE DEAL, but that was then, now is now. Icebergs such as Benghazi, disappearing emails, the Clinton Foundation, Elizabeth Warren, “what difference does it make” comments may come back to sink the Hillary ship that seem to have clear sailing 12 months ago, LIES BECOME ICEBERGS and THEY DO SINK SHIPS!