So, she is physically fit to run for President; so what! Is she mentally fit. We demand that she be examined by a psychiatrist. Our bet, the diagnosis will read something like this: mentally unstable,  fits of depression, a pathological liar, lacks empathy, charlatan personality and most of all an EGOMANIAC.

Hillary is not even fit to be dog catcher let alone the president. 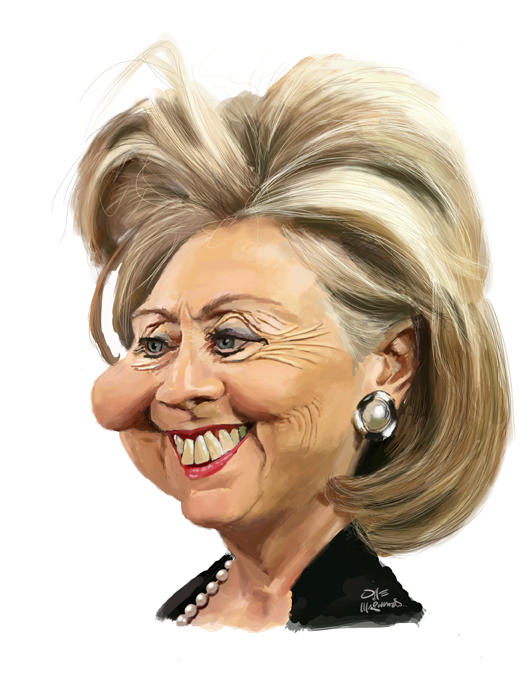 Where is the lion killer? Not so brave when he doesn’t have a gun. Zimbabwe wants him “dead or alive.”

By now all the world knows of the (click for story) lion killer. An American Dentist specifically travelled to Zimbabwe for a trophy kill. This was not a man being attacked or threatened by the king of the jungle, but a wanton cold blooded murder. The lions among us want justice; and we want it now. We want the dentist’s hide for he is the beast of the jungle.

Persons with a killer mindset hunting unprotected animals are at the very least deranged human beings. Traveling far distances to satisfy their thirst for blood manifests inferiority. Where is their next hunt, a school, a theatre, a stadium?

We must unleash all the power within us to stop this activity. One way to do it is through the use of AK-47s fitted drones . Patrolling the savannah to protect these animals, who are on the verge of extinction is appropriate. Kill the human killers before they can do any more damage. Once a trophy hunter is mounted it will give pause to the many who might entertain such activity. They may be the next mounting. Let them pay the ultimate price – jungle kill will soon be eaten by the their would be targets.

In days gone by they through the Christians to the lions; that may not be a bad idea today.

(click for pictures)We love you Cecil, you will always be in our hearts; we will never forget the happiness you brought to the millions of your fans world over. 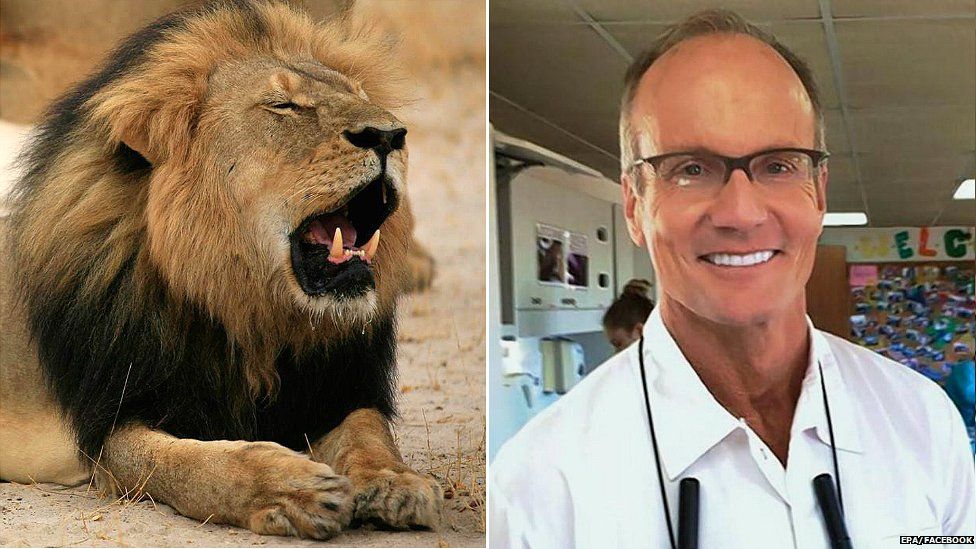 Quote of the day, no, of the week, make that a month, yet it probably is quote of the year!

No, DECADE. Wait a minute. It’s the greatest quote EVER!

“My accomplishments as Secretary of State? Well, I’m glad you asked! My proudest accomplishment in which I take the most pride, mostly because of the opposition it faced early on, you know… the remnants of prior situations and mindsets that were too narrowly focused in a manner whereby they may have overlooked the bigger picture and we didn’t do that and I’m proud of that. Very proud. I would say that’s a major accomplishment.”

Could someone please tell us what the hell she just said?

And she is running for president.

Hillary Clinton is a lying thief; torching government records, America’s records and then lying about the circumstances of their disappearance. These are criminal acts. Clinton purposely destroyed records that would incriminate her in pay to play schemes, but most of all the Benghazi affair.

Where is our attorney general on this? Nowhere to be found. The ten Republicans who voted for Loretta Lynch should call for Clinton’s arrest. Don’t expect them to – they are RINO’s. The Sargent at Arms has not only th power but the authority to arrest Clinton. Also, the FBI, as they have done in the past can bring a SWAT team to Chappaqua, NY, use a battering ram to enter Clinton’s house and secure the server. “AMERICAN’S ARE CALLING FOR JUSTICE” Clinton is a killer, responsible for the death of Ambassador Chris Stevens and three others in the Benghazi attack.

The mogul previously own and ran casinos; he knows that the odds always favor the house. In this case the House is the Republican stalwarts who are being beaten at their own game. Many a gambler knows when it is time to hold ‘m, fold ‘m or walk away from the table, but for the GOP a whale in their midst brings considerable risk.

Continuing to set limits on his play will only work to his advantage. Right now the house is not in a position to shut off his credit. He comps his own game. Main stream Republicans are bolting to the Trump campaign to the consternation of the RNC. Money flow has suddenly evaporated to the lesser known wanna bees.  This was not the scenario contemplated six months ago.

However, when a whale (high roller in casino parlance) shows up a good casino manager knows that there is always a slim chance of the odds turning against the house. And so far the Trumps run has been a very devastating for the GOP who have lost some of their invincible allure. With Donald in play the rules have changed, decorum is out, exposing the Repubacrats for what they are is a game changer.

With the Congress in Republican hands things have gotten a lot worse. This is best manifested by the ten Republicans who voted to confirm Loretta Lynch as attorney genera. These mutineers are deserving of repudiation for their treason to conservative principles and most of all by turning their back on the voters who elected them.  Don’t ever forget who they are.

POSTED ON APRIL 23, 2015 BY JOHN HINDERAKER IN LORETTA LYNCH

To those who know Mike Huckabee they are not surprised when he said that the Obama Iran deal is akin to “marching Israel to the door of the ovens.” Mike tells it like it is.

What is also not surprising is the mouth of Debbie Wasserman Schultz, a pathetic foot soldier for Obama. She said, ““This rhetoric, while commonplace in today’s Republican presidential primary, has no place in American politics,” Wasserman Schultz said, according to CNN. “Cavalier analogies to the Holocaust are unacceptable. Mike Huckabee must apologize to the Jewish community and to the American people for this grossly irresponsible statement.”

It is obvious that Schultz, who by the way is of the Jewish persuasion if you didn’t know it already,  is in need of a history lesson. But more to the fact, this lady can’t see the forest from the trees. She is the kind of uninitiated talking head who doesn’t know what is right from wrong. People like her that were living in Germany prior to WWII gave a blind eye to Germany subsequent to Kristallnacht. Iran is on the same path, total destruction of the Jewish state and Jews like Schultz will once again turn a blind eye as they too walk into the ovens.

So let it be said, so let it be done. Countries ruled by the Islamists have either killed or run the Christians from their historic homelands. Turkey and Iran are bereft of Christians. The interesting narrative here is that the Christian world under the leadership of the Pope turns a blind eye to the killing of their brethren. The Muslims who give solace to the remaining Christians do so as a public relations gimmick. Erdogan of Turkey is a perfect example.

Christianity in the Middle East is in a death spiral. Once the majority they soon will be non existent. Turkey, once a 100% Christian nation has only 200,000 remaining out of a population of 80,000,000. Christian Europe, the appeaser of appeasers, stand by while their people are murdered by today’s Muslim Mongols. This is a battle of culture; peace on one side, mass murder on the other. When will they learn that there is no compromise in accommodating a religion of destruction, killing and rape.

When the hangman drops the noose around the neck of the hooded convict he shivers violently knowing when it is in position. Hillary, the darling of the Bella Abzug crowd (big mouth) has not yet accepted her fate. Of course it is natural for a murderer to deny guilt as the pulled lever opens the trap door causing the subject’s neck to compress thereby striving the airwaves of oxygen. The funeral director’s hearse lingering in the wings, doors open to accept the pine box on its way be buried six feet under.

WE WANT THAT SERVER NOW!