They say it was a rebound case. You ever hear of such non sense? Don’t let the FAKE White HOuse news baffle you. Biden didn’t test negative two days before. His antigen test read “negative” but this was a “false negative.” Like you are pregnant or aren’t. Joe never was clear of Covid-19 in the first place, So he went about business as usual. Wondering how many contacts he had and which ones will come down with the affliction?

COVID IS BEATING HIM LIKE A DRUM. MAN UP, MASK UP. President Biden continues to feel well after testing positive for COVID-19 again in a rebound case, according to his physician, Dr. Kevin O’Connor.

As of Sunday morning, Biden’s antigen testing “unsurprisingly” remains positive, the doctor said in a letter released by the White House.

“The President will continue his strict isolation measures,” O’Connor said. Biden’s doctor reported on Saturday that antigen testing showed the president was positive for COVID-19, after having tested negative all four days prior to that. These are lies. Did they test him two or three times? Only once? The President of the United States, tested once? COME ON MAN.

Was our DOD in the dark when it came to Russia having a fleet of drones? Did they realize that Russia was so inept at designing, engineering and manufacturing drones? Was it a shock when they found out that Russia had to outsource them from Iran? These are the ones now being utilized to target civilian populations in Ukraine.

Vlad thought this was to be a no cinch, six day war. However, he met a battle tested force equal to and much superior to the drunken servicemen he sent to battle.

Blame this war on Joe Biden who let Vlad steamroll

him into submission. Branden was turned into Road Kill. Vlad called his bluff; knew that Joe didn’t have the cajones to fight like a man.

The word has it that the ruthless army commanded by Putin has suffered defeat after defeat. The truth has it that the Commies have suffered up to 75,000 casualties including  at least 7,000 who have met their maker. This is not what Vlad expected. Yes they have captured wide swaths of Ukrainian territory, but are beginning to get road weary. 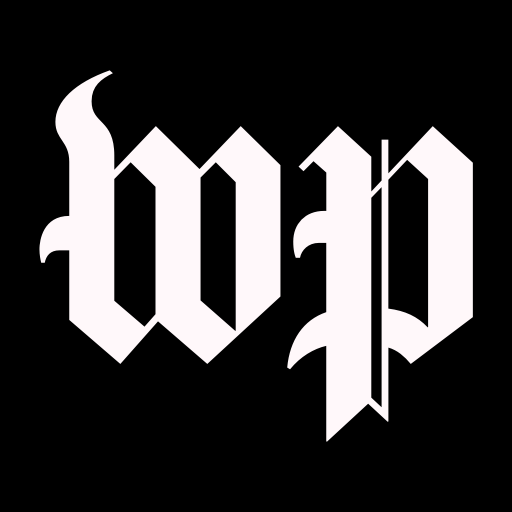 Updated July 31, 2022 at 12:27 p.m. EDT|Published July 31, 2022 at 3:47 a.m. EDT
RIGA, Latvia — Russian President Vladimir Putin, at the country’s annual Navy Day parade in St. Petersburg, said new hypersonic missiles will be deployed in the coming months — as the headquarters of Russia’s Black Sea fleet was hit by a drone. Here’s the latest on Russia’s war in Ukraine and its ripple effects across the globe. 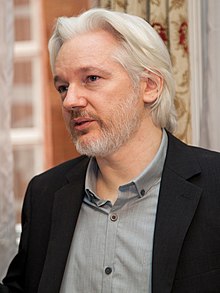 Assange has been confined in Belmarsh, a category A prison, in London since April 2019. 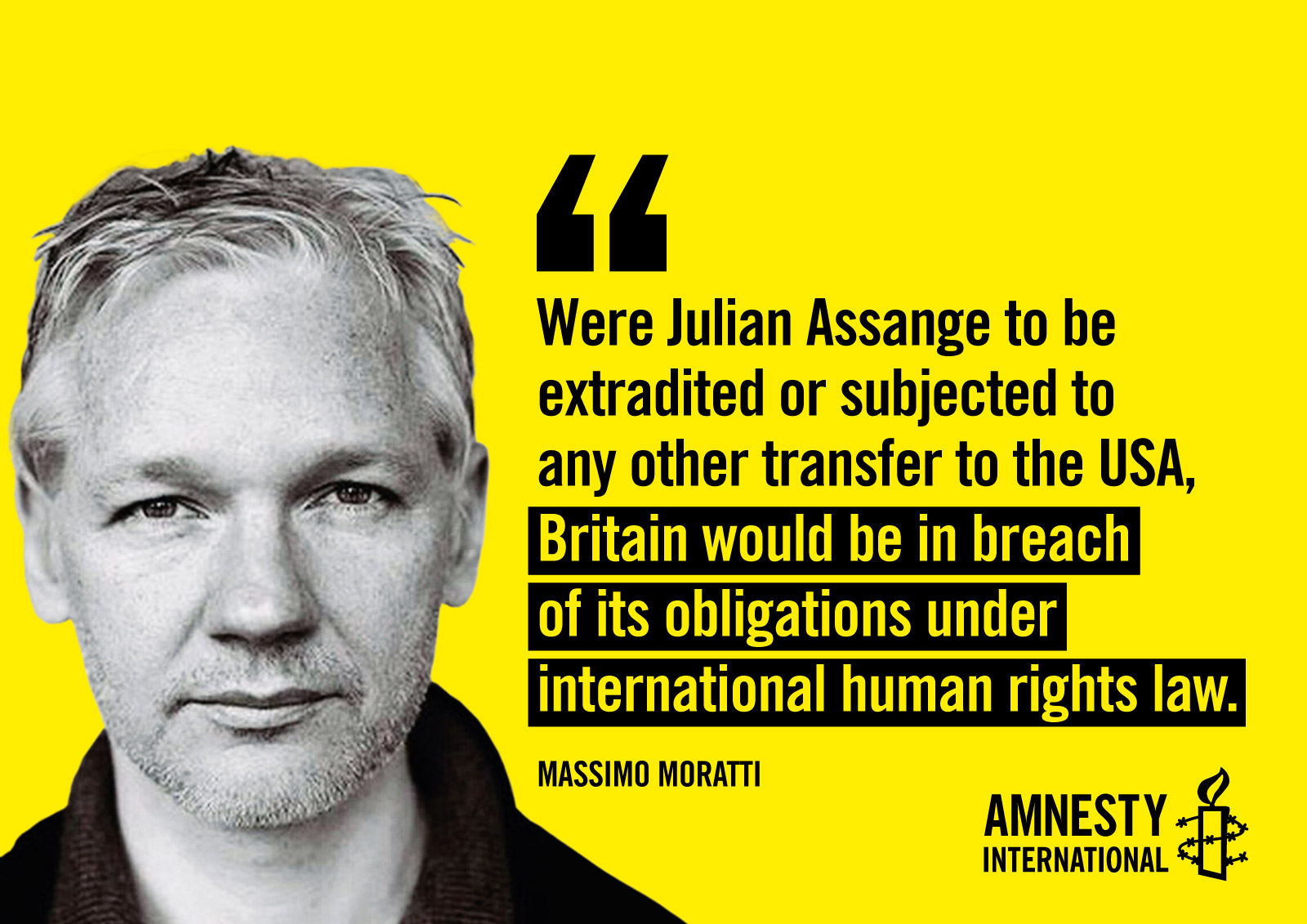 Never in our venerable history has an administration, or for that matter, all Democrats, disregard the Constitution of the United States, but also denigrated Supreme Court Justices, including threatening them with death. Additionally, Democrats continue to violate the law with impunity. If caught, they rely on liberal juries and Democrat appointed judges to dismiss the charges. Take for example, the Hunter Biden case. So far no charges have been leveled against him or the BIG MAN.

The libtard imbedded media has neglected to cover this story because it manifests the corruption that permeates the Democrat Space. However, once in a while the criminal elite of the Democrat party is caught.

Joe Biden defended his son’s decision to join the board of a Ukrainian natural gas company while he was vice president, saying both he and his son “did nothing wrong.”

The federal investigation of Hunter Biden has yet to yield an indictment — prompting questions from some legal experts about what’s taking so long to reach an outcome following this week’s revelation of a 2018 voicemail from Joe Biden to his scandal-scarred son.

At least two witnesses testified in February before a federal grand jury in Biden’s home state of Delaware, including a former girlfriend who detailed Hunter Biden’s lavish spending and was asked about the source of his income, The Post exclusively reported at the time.

In April, The Post exclusively reported that a grand jury witness was asked to identify the “big guy” referenced in a March 2017 email detailing the first son’s planned deal with a Chinese energy conglomerate. Former Hunter Biden business partner Tony Bobulinski — who was part of the planned deal — has maintained “the big guy” phrase refers to Joe Biden.

But nothing has emerged from the proceedings in recent weeks, leaving veteran prosecutors to wonder what’s going on.

“It is very unusual, if witnesses have already testified, for the prosecutor to not immediately submit the matter for a vote,” former Utah US Attorney Brett Tolman said.

“The fact that Hunter Biden has not been indicted yet can only be explained by purposeful delay by [the Department of Justice].”

In December 2020, about a month after his father was elected president, Hunter Biden publicly disclosed that federal prosecutors in Delaware were “investigating my tax affairs.”

He denied any wrongdoing at the time, saying, “I am confident that a professional and objective review of these matters will demonstrate that I handled my affairs legally and appropriately.”

Reports have indicated the probe began in 2018 and expanded to include potential money laundering and violations of lobbying laws by Hunter Biden.

“When Hunter’s attorneys mentioned that he has a ‘tax problem,’ that struck me as very optimistic on their behalf and it also shows negotiations had been going on between his defense attorneys and the prosecution,” said Jim Trusty, a former Justice Department prosecutor.

Trusty added: “With the sluggishness of any apparent prosecution and the damning nature of the ‘laptop from hell,’ as well as likely testimony from some of Hunter’s colleagues, it makes you wonder if Delaware is the best place for investigating the Bidens.”

In addition to the testimony that’s surfaced, a lawyer for Hunter Biden’s crooked former business partner, Devon Archer, exclusively told The Post in January: “Mr. Archer has cooperated completely with the Delaware US Attorney’s Office investigation from the moment he became aware of it.”

A possible explanation for the apparent lack of progress in the probe is a series of Justice Department memos in which several attorneys general warn about “election year sensitivities” related to investigations and prosecutions.

Those guidelines were notably disregarded in 2016 by then-FBI Director James Comey when he repeatedly divulged information about a probe into Hillary Clinton’s use of a private email server when she was secretary of state — before ultimately declining to bring charges against the Democratic presidential nominee.

But Trusty said the memos don’t “explain years of delay in any investigation, much less one as important as determining whether the Biden family engaged in a ‘pay to play’ scheme.”

Quote from the BIG GUY: “MY SON DID NOTHING WRONG.”

Emanuel Zanders, III is accused of submitting voter registration applications that are known by the person to be materially false, fictitious, or fraudulent.

Her attorney says she has agreed to plea deal

NEW ORLEANS – Karen Carter Peterson, a former state senator and Louisiana Democratic Party chair, has admitted she diverted party and campaign funds for her personal use. Federal authorities shed light on the wire fraud scheme in a bill of information filed Thursday.

Peterson’s attorney, Brian Capitelli, confirmed to reporters that she has signed a plea deal. A bill of information typically indicates a defendant is cooperating with prosecutors, who would have to seek an indictment from a grand jury if that weren’t the case.

Peterson is scheduled to be arranged Aug. 1 before U.S. Magistrate Judge Donna Phillips Currault on one count of wire fraud, according to court records. Federal sentencing guidelines for the crime allow for a prison sentence of up to 20 years, three years of supervised release and $250,000 in fines. Peterson’s sentencing will be up to U.S. District Judge Sarah Vance, an appointee of President Bill Clinton.

In a brief Twitter thread posted Thursday, Peterson said that she has repaid the money she took to support her addiction to gambling. She led the Louisiana Democratic Party from 2012 to 2020 and abruptly resigned from her state senate seat in April after 22 years total in the Legislature.

CHICAGO- its our kind of town. Among some of the most significant political corruption episodes of 2020 outlined in the report are:

A concerted effort by the lame stream media, which includes Social Media, Google, Facebook, the major networks (sinking like the Titanic) youtube and all of the rest, did everything in their power to elect Sleepy Joe. We know that, Trump knew that. At every turn he turned to CNN Acosta and called him out as “FAKE NEWS.” In fact Trump had him booted from the press core.

Now that the shoe is on other foot, the Democrats are calling out the news media for dispensing, yeah you guessed it, FAKE NEWS. How about that?

Democrats have transitioned to calling out the FAKE NEWS outlets, particularly their own Friends in the main stream media space. How ironic this is; it was OK for them to condone them when the FAKE NEWS was in their favor. Apparently the First Amendment suits them when they are glorified.

KELLY: So the economy has been a drag on President Biden and his message for months now, it seems. Why are Democrats worried at this particular moment?

KHALID: That is not actually the accurate way to define a recession here in the United States. That actually happens by a group of select economists who sit on something called the National Bureau of Economic Research’s Business Cycle Dating Committee. They are a nonpartisan group that looks at a range of economic factors. But the White House does know that this is a messaging battle. Senior administration officials have been holding calls with reporters, trying to explain that the conventional definition is not accurate.

KHALID: And, you know, Republicans are certainly pouncing on the current economic unease. Yesterday on the Senate floor, the leading Republican, Kentucky’s Mitch McConnell, accused Democrats of trying to redefine a recession.

Ex-President Obama weighed in on the Trayvon Martin affair with the following quote: “You know, when Trayvon Martin was first shot I said that this could have been my son.”

And today, (we are taking literary license here) if Obama was asked the same question on Trans, Obama would have said, “if I had a son, she would be like Lisa Thomas.”

Don’t get us wrong here, we don’t care what you do, it is up to you, but to press your advantage competing in Girls Sports with a penis is beyond the pale. Time tested analysis indicated that the economy was in RECESSION if the GDP decreased two quarters in a row. Empirical evidence was not to be denied by economists of all stripes. But today, we find Branden and his cohorts dismissing what Americans already know. The economy is tanking just like Branden’s JOB APPROVAL.

Comments by the White House: WHAT RECESSION – THE ECONOMY IS DOING GREAT! White House goes on offense to argue that the U.S. is not in a recession

HOW LOW CAN YOU GO? ONLY JOE KNOWS! MAYBE HE DOESN’T. 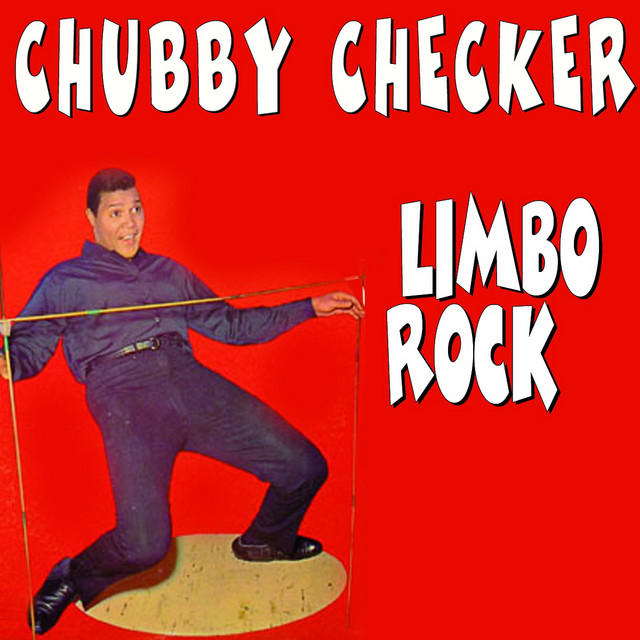 Biden’s dementia is a thing of beauty. Because he is doing such a wonderful job, keeping inflation under control, pulling out of Afghanistan, not getting involved in Ukraine, not bowing to Crown Prince, producing a low interest rate environment, ensuring that our military remains strong, reaching out to our European partners, visiting Israel, inviting millions of our friends from the southern border for a free unlimited visit, kissing up to the mullahs, embracing the high price of gas, being nice to China’s president Xi, and not alienating Vlad Putin.  DID WE MISS ANYTHING?