Ever since the word of Mohammad rose from the deserts of Arabia, Islam has been at war with the Christian world. Harboring ill will against Britain and France after WWII, the animosity has spread west to the United States. Support for Israel has brought the holy Jihad to our shores; 9/11 only amplified the cause. But America did not act with the force necessary when the time was ripe, leaving the clean up to POTUS; but what did he do? fled the scene like a chicken about to have his throat cut. Burning Christians at the stake is all the rage, spreading worldwide quicker than a California brush fire.

The Philippines, Nigeria, China, Egypt, Israel, Sudan, Syria and most of all Iraq are targets of Muslim terrorists. However, politicians of the liberal bent (Europeans included) have white washed the atrocities of these killers. Over 200,000 have met the Islamic sword of ISIS, neither it be Syria or Iraq. But the Christian world sits idly by praying, citing the bible – love thy neighbor and turn the other cheek, turn swords into plowshares. This is a plan of surrender, one that will end with Christian blood flowing the world over.

Israel is in the fight of their lives, they have seen what pressure from the west leads too; more rocket attacks, more kidnapping. They have no choice but engage the enemy on their home turf. To survive they must take the enemy out by whatever means necessary. And they will do it. But the real battle is being fought in Iraq where ISIS has chased hundreds of thousands from their homeland, killing and raping them while they fled. Today, fifty thousand Christians are crowded on to an Iraqi mountaintop waiting their ultimate demise.

Obama, the Christian hater, par excellence, throws them words instead of guns. They will suffer their own Massada if help does not come soon. While the Christian world burns our President takes to the knee five times a day praying to  Allah.

Political correctness from the liberal elite has rendered the United States a mere shadow of its former self. The time to take up arms is passing. Christians, how long and what will it take before you act?  Do you not remember the Holocaust?  Are you to become the next victim of mass slaughter?

PLEASE CLICK HERE FOR MORE ON THE IRAQ CRISIS.

Obama to send help, but is it too little too late? 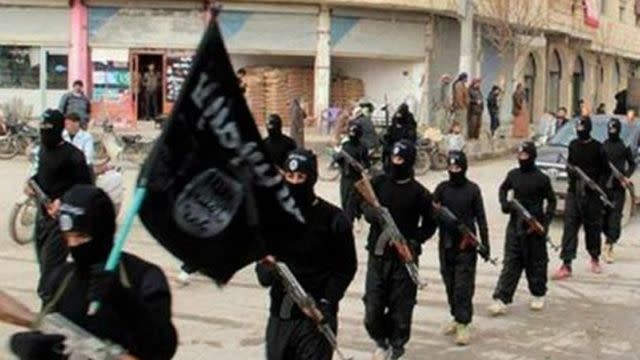