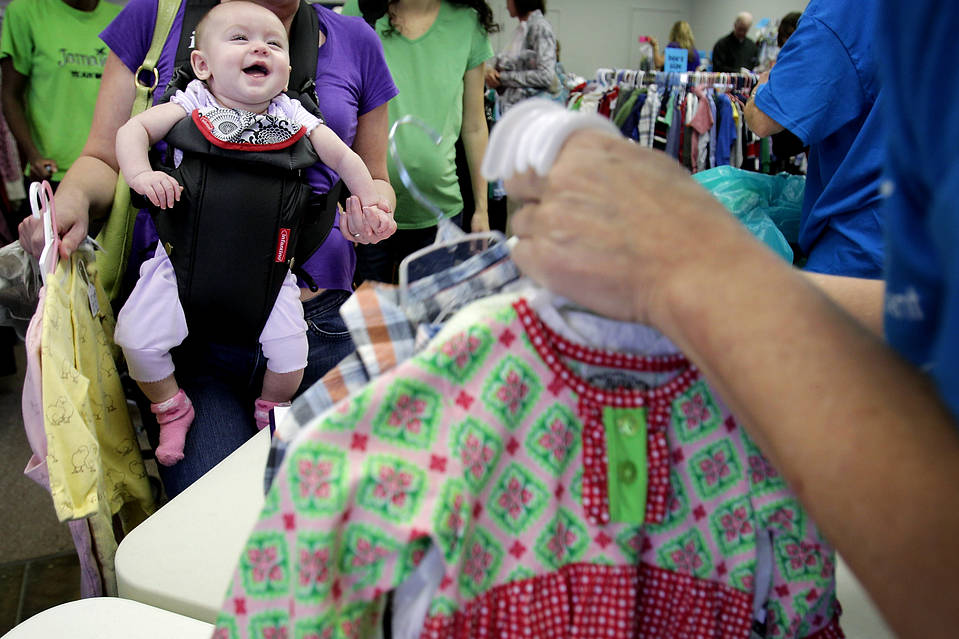 When I founded Rhea Lana’s, a children’s clothing consignment company, 18 years ago, I knew that going into business would bring challenges. What I didn’t guess was that the biggest one would be the government.

For the last 34 months, I have found myself stuck between the Labor Department, which says my business model is illegal, and the federal courts, which refuse to clear the air.

I first set up shop in 1997, although it wasn’t much of a business back then. A stay-at-home mom in Conway, Ark., I realized that, like me, many mothers in the neighborhood couldn’t afford cute children’s clothes. Seeing an opportunity to help their families and mine, I began organizing consignment sales in my family’s living room. Before long these little sales grew beyond our wildest dreams. Thanks to my husband’s engineering know-how, we computerized, went online and began to offer real-time tracking of consignor sales. We converted to a franchise model in 2008 and now have 80 locations across 24 states.

Rhea Lana’s operations are similar to more than a thousand other consignment event businesses in the country. Our locations host two sales a year, each running two to eight days. Before a sale, consignors list their clothes and toys on our website, along with their asking prices. On the day of the event, they bring the items to the location and set them up for display. Consignors keep 70% of the proceeds.

They can also volunteer before and during the event—doing everything from setting up display racks, to checking out customers, to helping buyers carry heavy purchases to their cars. As a perk, volunteers are allowed to shop before the general public, and they are sometimes given preferential treatment on display locations for their own items.

But such mutually beneficial exchange is apparently a foreign concept to the federal government. In January 2013 the Labor Department audited our employment practices. Four months later the bureaucracy concluded that our volunteers are actually “employees.” As such, we were told that we were in violation of Sections 6 and 7 of the Fair Labor Standards Act regarding minimum wages and overtime pay. I was told this during a face-to-face meeting, without any accompanying written complaint or advance notice of allegations.

In a word, this was terrifying. I’m a small-business owner in Arkansas, not a major corporation with an army of lawyers familiar with such federal inquiries. Three months later—and still before we had received written notice or had any official action taken against us—the department sent letters to our consignors and volunteers inviting them to sue us for back wages. Tellingly, not a single person did.

But the Labor Department would not be deterred. Later that month officials sent us a letter demanding that we begin paying our volunteers as employees. Feeling as if we had no other option, in January 2014 we sued the department to put a stop to this harassment. But a federal judge in Washington, D.C., dismissed our complaint, holding that the court could not weigh in until a “final agency action” had been taken. We appealed with the help of Cause of Action, a government watchdog. On Monday the D.C. Circuit Court of Appeals will hear oral arguments on the case.

This has taken an incredible toll on my family and my business. The Labor Department’s yearslong and still-unofficial crusade has placed Rhea Lana’s into regulatory purgatory. The department is ordering me to conduct business to my detriment, and threatening hundreds of thousands of dollars in civil penalties if I fail to comply. Yet a federal court has ruled that I lack any meaningful recourse until the agency files an official complaint, which it has not done. Meantime, and with the state of Arkansas already having audited and approved our employment practices, we are continuing our business as usual.

The case raises questions about what it means to volunteer in the 21st-century economy. Some—including, apparently, the Labor Department—believe it is illegal for a private business to receive an ounce of help without providing financial compensation. But as our business model shows, there are situations in which volunteering is mutually beneficial, even without money changing hands. Besides, if someone wants to spend a weekend helping families find affordable clothes and toys, why on earth would the federal government stop them?

Since that first sale in my family living room nearly two decades ago, Rhea Lana’s has helped tens of thousands of people find cheaper clothes for growing families. Our expansion is a testament to the value we bring to others’ lives. That is something to be applauded—not attacked by overzealous federal regulators.

Mrs. Riner is the founder and chief executive officer of Rhea Lana’s, a children’s consignment company based in Conway, Ark.

REMEMBER THIS COULD HAPPEN TO YOU!