The Day of Recogning is at hand. Tomorrow, in the corn fields of Iowa

, hundreds of thousands of Democrats and Republicans alike will turn their plowshares into votes. Candidates have been tilling the soil for close to a year now, some deeper than others. Iowa is a caucus state, relationships matter, slapping the flesh gets it done.

At the end of the day, only one candidate will be driving the combine. One day before the vote, expect the unexpected. Our guess is that Bernie Sanders will scorch then burn Hillary the liar Clinton; this will demonstrate the viability of his campaign particularly on a national level. Clinton, mind you, was  a known factor in Iowa, her infrastructure in place from 2008 where Barack Obama turned her into silage, she was to be the Queen of Corn in 2016. However, the honest people, there are honest pragmatists in Iowa who obviously know that Clinton is rotten to the core.

However, a socialist by the name of Sanders via Brooklyn New York, now out the Green Mountain State of Vermont, swamped in like a swarm of piranha like locusts 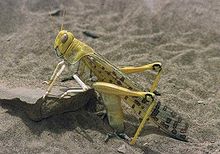 hungry for the ethanol vote. Clinton was blind sided by Sanders, she felt a burning sensations and called for help; Chelsea and Bill arrived. How can this happen to me again, the people like me, they trust me, I will give them what they want or at least tell them that I will. Why are they defecting to the old codger, one who will need a wheel chair in four years?

Hillary is bred to be deceptive, to dodge questions, to deceive, to fabricate, to lie, to blame others; we venture that the majority of people in the Hawkeye state can tell the difference from a boar and a pig.