Without looking back, the parasites are leaving the island. (click) Bankrupt, Puerto Rico had no choice but to blackmail the United States Government, yeah Paul the Liberal Ryan, is bailing them out. The stinkers oh $75 Big Ones, that’s $75,000,000 (billion) gone up in smoke. You can’t make this stuff up. Three million people blew a whole wad of cash on living like the Greeks. And by the way, the Greeks are out of cash. They are coming back for more. Once a beggar, once a liar, you are always a beggar and liar.

Forget Obama, Ryan, McConnell, Boehner, give me a break. Send them to the other side of the moon. We do not want to hear from them again. “Finito” From Fox News: The goal of legislation is to reduce the island’s debt burden before it defaults on a $2 billion debt payment due July 1. Earlier this month,Puerto Rico missed most of a $422 million payment.

Hillary has not felt the real Bern as of yet. Sure she has been scalded by Bernie, but third degree burns are nothing compared to what she is in for. In one word, TRUMP.

Get ready for the Mother of All Debates. We estimate that 1 BILLION PEOPLE will tune in to watch Trump eviscerate Hillary Clinton. We also predict that Ms. Clintstonewall will self emolliate soon afterwards. This is not hyperbole; HRC is a beggar, constantly asking for votes by insinuation: for instance, ” I am for this, I am for that”, I am for you, they are against you, inferring that Trump is against , say women. Nothing can be further from the truth.

We can’t wait for Trump to call her out on that. And Benghazi, Trump will push her out the window from the 13th floor of the Trump Tower on this one. Bernie Sanders did a good job, but he is a novice compared to Trump.

In the background, waiting to make their entrance onto the stage are the devils hiding in her closet, live skeletons will be marching out haunting her to no end. Wait and see, she will be a quitter and the Democrats will have no choice but to insert another candidate after Clinton implodes. Sounds fictitious, but in reality we expect it to play out this way.

Eric Chaffetz is leaving no stone unturned as he purses IRS Commissioner who lied under oath, Koskinen.

The chairman of the top House investigative panel introduced a measure Wednesday to censure IRS Commissioner John Koskinen — and remove him from office without a pension — in the latest bid by Republicans to pressure him into being more cooperative in their probe of the 2013 IRS targeting scandal.

Rep. Jason Chaffetz, head of the House Oversight and Government Reform Committee, is seeking Koskinen’s resignation or removal for what he calls an alleged “pattern of conduct inconsistent with the trust and confidence placed in him as an officer of the United States.”

If censured, Koskinen, who became commissioner in 2013, would also forfeit his government pension and other federal benefits.

Get me some ulcer pills calls Hillary to her campaign chief, “my stomach” ain’t feeling good; for the matter I have a splitting headache. Gee we wonder why, does the Bern get under her skin like no man ever before? She tolerated Slick Willy, President Obama ate her lunch, but she sucked it in. Now though, with the nomination in grasp, Ms. Clintstonewall, licking her lips, no one else will, is wondering why she can’t put away the BERN. It is a terrible thing when an old codger taunts you to no end. She is trying to be above the fray, but her patience is wearing thin. A loss in California would in an instant question her viability in November.

They call her Landslide Hillary for the win in Kentucky; a putrid 1900 vote win out of 425,000 cast. Obama pitched a shutout in 2012, Hillary had to go extra innings for her pseudo win splitting the delegates with The Bern. And at the same time Hillary was taken to the proverbial cleaners in Oregon. Shows how much the electorate loves her. Don’t forget that if it weren’t for Blacks and Hispanics, Hillary would be riding in the back of the bus.

She is a toothless liar who knows she is a loser, the people know that too. Women have been manipulated by lame stream media falsehoods continue to support her, not realizing she has enabled her husband to leave in his path a number of women with devastating reputations having been blasted by Hillary who blames the women! Now that is chutzpah for you.

Sanders, after racing Clinton right up to the finish line in the Bluegrass State, easily won the Oregon primary, and declared at a raucous rally in California that despite pressure from the Clinton campaign to abandon his quest for the nomination, he would stay in the race “until the last ballot is cast.” His speech did little to soothe escalating tensions between the Democratic campaigns.  The bad blood is starting to boil. Bring it on baby, bring it on.

CLICK HERE for the forces of evil demanding the ouster of Maduro.  You might think that Madam Clinton and Sir Donald Trump have it out for each other, you ain’t seen nothing yet. Wait until the masses take to the streets and clean out the last vestiges of Chavez and his lap dog thug Maduro. Maduro by the way has carried out some of the most repressive anti-business measures in the past weeks which would make Marx and Stalin proud.

Citizens are at wits end due to the lack of food.  Protests have taken place in Venezuela after President Nicolas Maduro extended a state of emergency to combat the “foreign aggression” he blamed for the economic crisis in the country. The United States is always the bogeyman, “Yankee dogs” are always the ones at fault. Socialism is never at fault.

In Venezuela, a person is murdered every 21 minutes. In the first two months of 2014, nearly 3,000 people were murdered – 10% more than in the previous year and 500% higher than when Hugo Chávez first took office. Violence has erupted pitting socialists against socialists. Looting is common.

This is a country adored by Sanders, Obama and Clinton.

With the will of Allah, Islamists Hit Men are preparing to take out many of American’s Captains of Industry; Bill Gates in on their list. Al Qaeda’s online magazine offers a glimpse of what is to come.

The newest edition obtained by the Middle East Media Research Institute (MEMRI) features a cover with the headline “Professional Assassinations” and the subhead “Home Assassinations,” which the depiction of a hooded killer watching an upscale home from the outside.

Additional photos include in the issue include one of Microsoft founder Bill Gates splatted in blood with a pistol nearby. The magazine is published by Al Qaeda’s main affiliate located in Yemen, Al Qaeda in the Arabian Peninsula.

The only way to evaporate these Muslim Animals is to carpet bomb (no pun intended) everyone of them. Take napalm out of storage before it is too late. 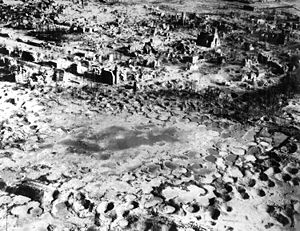 Let’s get ready to rumble. The main event featuring Hillary the Liar in the Right corner, Bernie the Socialist Sanders in Left corner. Wow these are exciting times when watching Democrats spilling their own blood; nice to see them attack each other with the venom of a cobra. Nevada, once the home of many world class heavyweight fights saw a major spat last night. Oh boy did they ever, stuff like this is only supposed be seen on pay-per view. CLICK HERE to get the full story from Fox News.

Sanders supporters, riled by the news that nearly five dozen people were not given delegate status, said the results were skewed. Convention Credential Committee Co-Chair Leslie Sexton said 64 Sanders delegates – almost double Sanders’ eventual 33 delegate shortfall – were disqualified for various reasons and not given the opportunity to appeal, The Hill reported.

Sexton initially said she was not allowed to give a report about Sanders’ delegates – for an unspecified reason – but she eventually presented her findings once chants of “recount” and “let her speak” broke out, The Hill reported.

War is tough, Senator John McCain knows first hand how tough it was in Viet Nam; a prisoner in the Hanoi Hilton for a half dozen years. But now McCain is fighting a different kind of war, not one for his life, but for his political life. McCain, a natural born RINO, is being challenged from within the Republican Party and from the outside too. McCain’s tepid endorsement of Trump has given an opponent from the other side the ammunition needed to bring him down. Also, challengers have arose in the Party itself.

One of his opponents, Alex Meluskey, a businessman cited an internal campaign poll showing most respondents would be more likely to vote for a businessman who never ran for office over a career politician.

McCain also is facing opposition from Kelli Ward, a doctor who resigned her state Senate seat last year to run full time for the U.S. Senate, she is pushing a campaign theme of “bold, fresh and fearless,” to contrast McCain’s status as a longtime Washington insider.

The Republican primary is Aug. 30, just one day after McCain turns 80.

Rumors abound that Bill Clinton was among several passengers who flew on Jeffrey Epstein’s Boeing 727, aka Sex Jet. aka Lolita Express. According to flight logs Slick Willie enjoyed the hospitality of his good friend 22 times. Epstein, who counts among his pals royal figures, heads of state, celebrities and fellow billionaires, spent 13 months in prison and home detention for solicitation and procurement of minors for prostitution.

To read more of the story from Fox News click HERE. Pay particular interest to the cover-up part of the story. ‘We’re running a f—ing casino:’ Politician tells all in manifesto Does the president think his own war is illegal?

(click here for the full story)An anonymous congressman has dropped a bombshell election-year book that confirms why Americans hate their national government and have rallied to anti-establishment presidential candidates like Donald Trump.

The veteran politician lays bare a rotten and corrupt Congress enslaved by lobbyists and interested only in re-election in an anonymous, 65-page manifesto called “The Confessions of Congressman X.”

“Like most of my colleagues, I promise my constituents a lot of stuff I can never deliver,” he admits. “But what the hell? It makes them happy hearing it . . . My main job is to keep my job.”