(click)Ataturk Airport Istanbul was the scene of a horrific attack yesterday; last count 41 persons were dead and at least 140 injured. A gruesome scene with bodies strewn all over. Although no one has taken responsibility for the attacks, preliminary blame is on ISIS also known as the Daesh. The carnage is not over because Turkey’s Erdogan has instigated a self proclaimed war against the HDP – the Turkish Workers Party.

Erdogan has eliminated any and all members of the Turkish government who believed in secularism. He is a hard line Islamist seized power by any means at his disposal; a Muslim Brotherhood and Morsi aficionado is Erdogan.

However, there are three more thorns in his side, the PKK, YPG and PYD. These Kurdish groups are fierce fighters who believe in a Kurdish state. Kurds make up 20% of Turkish population, between 15 and 20 million; plus another 10 million Kurds live in what was once Iraq and portions of Syria. Iraq Kurdistan today stands out as an example of the Kurdish peoples desire for independence. 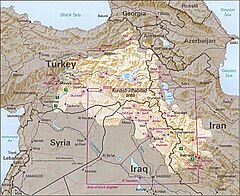 Kurdish inhabited areas are in pink.An overwhelming amount of territory for them not to have their own state. Kurdish fighters have been the most successful in holding back ISIS, however Erdogan has been bombing them in Syria because they will become a later threat to his regime. The Peshmerga are valiant fighters challenging the enemy to the death. They have been solely responsible for holding back ISIS in Syria. 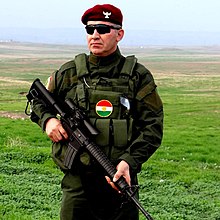 But back to Erdogan who has apologized to Russia for shooting down one of its passenger planes. Erdogan has mixed his nose into the Israel – Palestinian situation, sending a boat full of terrorists to supply Hamas with weapons. Israel had none of it and shot 9 dead. The Mavi Marmara affair was a sore spot between Israel and Turkey for the past three years. Yesterday both nations came to terms and settle the matter. It appears that Turkey needs all the friends it can get right now.