Agenda 21, World Without Borders, the zeitgeist of George Soros and the United Nations. All of their programs will force the elimination of secure borders. Their commonality is the destruction of Western Civilization. It goes without saying that the Climatologists have the same agenda; going back in time to the age of Wilma and Freddie Flintstone. 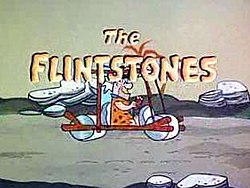 Trump has has already eviscerated the climate change agenda from the White House web site.

We see the carnage that has taken place in Europe due to the refugee crisis; rapes, murders and suicide bombers have laced the land. Animals behavior prevails, young women are hunted by Muslim extremists, sections of cities are off limits to local governments look the other way. Their failure to act has only hardened the populist movement to stop the globalist in his tracks. The refugee now dictates policies.  The globalist ultimate aim is the subversion and the ultimate destruction of the Nation State.

came into being with the same goal in mind, open borders, cross country travel without vetting. EU policies aim to ensure the free movement of people, This has paved the way to Brexit in addition to the rise of nationalist parties. Marie Le Pen in France and Geert Wilders in the Netherlands have stated their case. The America people have stated their case. Obama’s world vision has been trashed.

33 thoughts on “TAKING AMERICA BACK FROM THE GLOBALIST”