Venezuela is caught in the throes of socialism’s depths, reminiscent of the Stalin era. Things are so bad that reports of cannibalism have occurred. True of not, the country is close to breaking apart; President Maduro and his provocateurs continue the Chavez revolution by the bullet. During the past week 29 protesters have died of lead poisoning, innocent victims executed in cold blood. According to Maduro and his socialist ideologues the people stand with Maduro. However, 80% or more of the people want to bring him to justice. Shortages are prevalent throughout the country due to Maduro socializing industry after industry. His iron fisted rule has caused foreign companies to head for the exists; seven hundred percent inflation is predicted this year.

Note Nicolas Maduro in the background.

Maduro has brought the citizens of Venezuela to the boiling point. It is now or never. Governor Capriles is the opposition, but so far he has failed to bring Maduro down. The days are growing shorter in the Southern hemisphere, the nights longer and the knives sharper. The people of Venezuela need to (click)have courage and the will to BRING IT ON. There will be deaths but in every revolution innocent lives are lost. Patrick Henry said, “I know not what others may choose but, as for me, give me liberty or give me death.” 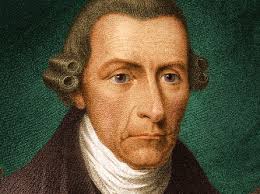 The anti-socialist opposition in Venezuela called for daily protests following the “mother of all marches” last week, and angry Venezuelans appear to have heeded the call, defying increasingly violent repression tactics from the Bolivarian National Guard (GNB).

President Nicolás Maduro has responded to the protests by attempting to return to business as usual, performing a “hip-hop” dance on national television and launching an educational initiative titled, “Urban Salsa Heart.” Maduro is the host of a weekly television show called Sundays with Maduro and the radio program Salsa Time.

In central Carabobo, protesters stormed a statue of late dictator Hugo Chávez Tuesday night, burning it to a crisp. While the statue remained standing after the incident, it was significantly damaged, photos showed.