President Trump on Sunday argued again that Democrats and their demands — not him or fellow Republicans in Congress — have throttled negotiations to provide permanent legal protection for young illegal immigrants and made clear that any such deal also must end the United States’ lottery-immigration program.

“DACA is probably dead because the Democrats don’t really want it, they just want to talk and take desperately needed money away from our Military,” said Trump, in one of several tweets on the issue of immigration reform and on the related Deferred Action for Childhood Arrivals, or DACA, program.

The president and Congress are attempting to reach a deal on comprehensive immigration reform as part of a federal spending bill that Congress must pass by Friday to avoid a government shutdown.

Department of Homeland Security Secretary Kirstjen Nielsen was at the meeting with Trump and others. She told “Fox News Sunday” that she didn’t “recall him using that exact phrase” about people coming from Haiti and some African nations, but that he did use “strong language” on the lottery issue.

WHERE IS THE GRATITUDE? We let these people flee a natural disaster and do they thank us? No, they spit in our face. Trump is right, the TPS program has gone on long enough. They say we work hard, pay taxes, are entrepreneurs. Then go back to your country and employ your skills there, build it up, bring the lessons you learned here to your homeland. Oh, you don’t want to do that because you have the good life here.

Because of the grace of our country you were provided safe haven, now is the time to go back to yours. And breaking up the family, you knew when you came here that this was not a remote possibility but a probability. So when reality hits you cry like a baby in soiled diapers. The Democrats are on the verge of getting what they asked for, a rock and hard place. Trump submitted a legitimate offer; they will never get a better one, but they rejected it out of hand. The Democrats think they hold the cards, but in reality they hold a Dead Man’s hand. Trump is the President, the Republicans control Congress. 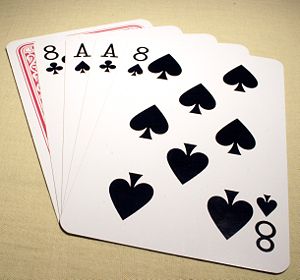 Trump’s position, WALL, the Democrats say NO WALL.  The real story has not been told by the press, but it needs to come out. Forget the shithole controversy, we don’t get into the minutia, but Trump is right, the Salvadorans, Haitians, Hondurans have to go. The bleeding hearts are crying foul. Let’s look at the real story here; only the facts.

The 200,000 Salvadorans are among the nearly 1 million immigrants whose lives in the United States have been upended and set to a deadline under President Trump. The largest group, nearly 700,000 undocumented immigrants who were protected under the Obama-era Deferred Action for Childhood Arrivals (DACA) program, are set to begin losing their temporary work permits in March at the rate of nearly 1,000 per day.

On Monday, however, DHS officials resisted suggestions that the decision by Secretary Kirstjen Nielsen was part of a broader anti-immigrant agenda. They described it in narrower legal terms, as a recognition that conditions in El Salvador have improved enough since the earthquakes to no longer warrant the TPS designation.

Others urged Nielsen to consider the approximately 190,000 U.S.-born children of Salvadoran (CLICK)TPS recipients. Their parents must now decide whether to break up their families, take their children back to El Salvador or stay in the United States and risk deportation. Americans should be outraged at the TPS program. How does our government go against the will of the people. Why weren’t these people sent back fifteen years ago? Additionally the TPS designees proliferated like rabbits. Their offspring numbers over 200,000, who by the way are now U.S. citizens and potential Democrat voters to boot. This should not have happened.

TPS let us down, the law should have been written to exempt citizenship to those under the TPS program. But that is not all, the 200,000 offspring are now U.S. citizens and they have offspring which are not counted. In total the numbers are in the millions.

But most nonwhite immigrants get on welfare at rates far exceeding that of European immigrants, but this is precisely what we are not allowed to debate. The whole point of the media hysteria is to avoid any discussion of what kind of society Third World immigration brings.

BUILD THE WALL – SEND THEM HOME

Dick Dubin is a worse than a  mouse. Can you hear him squealing now?

According to Senator Dick Durbin, President Trump questioned why the United States continues to accept immigrants from “shithole” Africa countries and Haiti. Senator Durbin took it upon himself to leak these comments to the press, which duly reacted with outrage. “Shitholegate” may be the single largest scandal of President Trump’s administration, at least in terms of media reaction.

We don’t even know if President Trump used the exact words Senator Durbin says he did, since no Republicans seem to be backing his account, and the White House has denied it.

What word would you use in describing this  country?