President Trump has engaged China in battle; no more patsy U.S, we now will play by our rules. Like it or not they have no choice. Behind the scenes fisticuffs, bare knuckle Asian martial arts will occur. But don’t sell Trump short on this pugilistic octagon rumble, he is no Clinton, Bush, Obama, the patsies of old relinquished our technology to the enemy – for WHAT? Corporate America wanted to expand, they wanted to make more money and they knew that China was ripe for the taking; or were they? We find out decades later that the Chinese played the game of Three-card Monte expertly. Shells, cards or marbles  whatever the game was it was fixed from the beginning. China said take it or leave it; 51 to us 49 to you. Technology poured in like the icon waters of the Yangtze. Their ability enhanced to such a degree they now threaten America with inovation.

In the mean time we racked up trillions of dollars of debt buying Chinese products. They converted this windfall purhasing companies worldwide. Technology, manufacturing, software, biotech, oil and mining were not unscathed. Their hand reached into Latin America and Africa. Their thirst to become a world wide leader in all aspects by 2035 has them driven. Hegemony in shipping lanes, contested islands and seas without contestation manifests their ability to threaten the free world. Who will stand up to the Chinese Dragon?

Our suggestion to address the Chinese threat is simple. Notify China that imports into the United States will be halted immediately. Repercussions yes? This will cause chaos in the China workspace. Three hundred fifty million people will be out of work. They will not be happy campers, but will be dragons out for vengeance. What could China do? Threaten us, with what? They have a trillion or two in treasury bills, so what. Paper, is all it is; paper tiger holding paper. Revolution will ensue, workers of the China hinterland world will unite. Leaders will be targeted. No Tienanmen Square here – this will be the Peoples Army taking to the street seeking blood. And blood it will be for the Commies. Will it happen? Time will tell.

China leadership mostly never takes a calculated risk, their adventures are planned decades ahead. Case in point, Boeing made a deal with the Chinese devil transferring jet engine technology and trade secrets to the Chinese.  And now China is building civilian aircraft to compete with China. They also have prototype F-35 to challenge us in the skies. This is no checker game, it is for real. And the controversy continues as the United States is set to sell and transfer nuclear reactors along with technology to suppress submarine detection. This vividly brings to mind the iconic saying by Vladimir Lenin, “The Capitalists will sell us the rope with which we will hang them.”  Lenin was most prescient.

Over the years we have bought Chinese made products manufactured by slave labor thereby transferring trillions of dollars to China. In turn they have purchased manufacturing firms, oil companies, mining companies, software-computer companies and technology. Their industrial espionage is well known . On their way to equivalency in many industries China now is an existential threat to the United States and its neighbors. Take the most recent Spratly Island dispute for evidence of such.

Where do we stand now? China has amassed one trillion  in U.S treasury bills. Their present currency reserves top three billion. Trump has continue to criticize China for currency manipulation. Actually the are not currency manipulators. He is mistaken.

What China actually has done is to enslave 350 million people over the years (the early stage of the accumulation process) producing products for export – mostly to the United States. These employees effectively were slaves. As stated above, China amassed billions of dollars through this paradigm.  Then with the haul in hand they bought worldwide companies with the loot; companies such as those involved in manufacturing, technology, mining, oil, pharmaceutical and retail.

A very simple solution to solve our China problem. China demands that if American companies want to do business in China they have to partner with a Chinese company to enter the market; in most cases our companies  are minority players owning 49% of the enterprise.Trump has to read China the riot act. How will that work?  We no longer will take it the 49% deal; it is 100 or nothing.

It is time for us to tell them point blank: we demand that our companies be allowed to own 100% and be able to repatriate their profits, if not we have an alternative. No more Chinese imports into the United States will be allowed from China starting tomorrow.

The fallout here will be the same as if a nuclear bomb hit China. Mass layoffs will challenge the leaders. Revolution will ensue. We don’t think the Chinese leadership wants to see this happen. 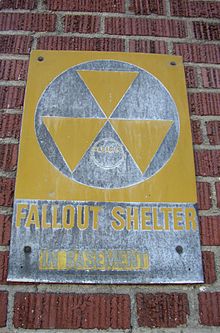 I have been spending time in Hong Kong this past year, and recently took a short trip into China proper. Several things struck me as being not at all what I expected, in both places. Not surprising, though, given the Ministry of Propaganda, aka, the “mainstream” media, filtering of what we are allowed to hear about. The skewed, leftist-agenda driven misinformation and downright lies that they spew out daily rarely paint a picture of what the world is actually like. Thus, I thought I would share some of my personal observations that if skewed, are skewed in the direction of proudly-American patriotic conservatism.

Hong Kong was taken as a colony by the British in 1841, as part of a treaty ending a brief war over opium. Over time, it became a great Asian commercial center and lots of people got very rich there, including many Chinese. In 1992, Hong Kong was returned to China by the British who were definitely watching the sun set on their former empire, and on their standing as a first tier nation.

However, rather than imposing the idiotic central planning that communists are infamous for, the ChiComs allowed business to continue pretty much as usual: largely unregulated and untaxed. As a result, Hong Kong continued to prosper, bringing huge amounts of capital and trade to, and through, it. I saw more Ferraris in 10 days last winter than I had seen in the previous 10 years in the US. Unemployment appears to be minimal. The parks have only retired people, not the jobless, in them, and the homeless are very hard to find. Poverty seems darn near non-existent, and, unlike America’s Democrat-run cities, it’s safe and clean. It reminds me of what America was like back when I was growing up, in the 1950s and early ’60s. And though they have experienced some recent unrest among the Chinese residents regarding the local political process, international business – the source of Hong Kong’s fabulous wealth – has been mostly unaffected. This, of course, may change, but for the more or less immediate future, Hong Kong will likely maintain its #1 ranking as the most free place for doing business in the world. The USA, by the way, under Obozo and his Merry RINOs, has sunk to #17.

China proper, too, had some surprises. When I crossed the border into Shenzhen – Hong Kong and the New Territories are not part of the Mainland and you have to have a visa to cross from them into China – I expected there to be a big change from booming Hong Kong. Instead, it looked very much the same – well dressed (often expensively) people, lots of luxury cars, but with China license plates, lots of big construction projects, and so on. Unlike our border with Mexico, where the poverty, crime, filth, and pollution are a stark contrast, Shenzhen clearly has benefited from its proximity to the epitome of free enterprise. But while Shenzhen was similar to Hong Kong, there were recognizable differences.

One of the first things I noticed on the cab ride from the crossing to my hotel – a marvelous Crowne Plaza – was that there were, what were clearly homeless wino-types, sleeping in the parks. These people are not supposed to exist in Mao’s worker’s paradise, but they do indeed, though not in great numbers. I wonder how they have managed to stay out of sight of the all-seeing eye of the People’s Police.  And this relates somewhat to another Chinese anomaly – ghost cities and unfinished housing.

The Ministry of Propaganda has mentioned ghost cities, but mostly as curiosities, with little or no serious analysis. These cities are complete, with wonderful housing and shopping malls, but no more than 10% occupancy in any of them. And out in the smaller cities and towns and the countryside, I saw hundreds of relatively new three and four story western-style buildings, constructed to the point of just needing finishing – wall and ceiling finish, window glass, etc. – and then apparently left to sit, some obviously for more than just a few months. So, with all this vacant, potentially occupiable housing, why are there still homeless on the streets? And who is supposed to fill it all, since other than the handful of homeless, everyone seemed to have places to live?

What this suggests to me is that all these are make-work projects, to keep people busy, who would otherwise be idle, and thus, potential trouble-makers, but producing nothing of real value to the country. Indeed, I saw lots of idle workers, sitting around day after day, playing cards (gambling! shocking!) apparently victims of government dictating which businesses operate when. While it is always possible that there is some brilliant central master plan behind all this, it sure isn’t obvious, and instead hints at endemic systemic problems for which they are unsuccessfully groping for a solution.

Add to this the obvious popularity of Western Culture, and China becomes less of a stable, monolithic, communist state than we are led to believe it is. Virtually no one wears traditional Chinese clothes, except a few ethnic minorities in very rural areas of southwest China, and it is not unusual to see spiked, blue/green/red hairdos. Western music is everywhere, and television and advertising are clearly modeled after ours and Europe’s. This embracing of Western, non-Chinese culture hints at the adoption of Western values, sooner or later, and may be a major factor in the increasing crackdown on internal dissent. Interesting times, indeed!