It’s “JUST” so we can get back to normal!
LIVE FREE OR DIE SCIENTIST SHOWS VACCINE EFFECTS IN AUTOPSIES. DON’T BELIEVE IT? SEE FOR YOURSELF.

So where is Joe Biden? Numbnuts 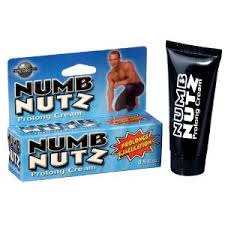 was last seen leaving the scene of an insurrection; dereliction of duty we say. A CLOWN FOR A PRESIDENT WHO FALLS DOWN LIKE THE TOWN DRUNK, 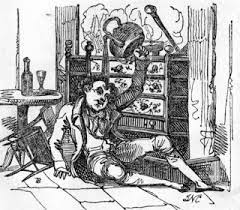 President Biden took (CLICK)major hits this week, from the Pentagon confirming that a “tragic mistake” led to 10 civilians in Afghanistan dying in a drone strike, to the Food and Drug Administration rejecting his vaccine booster proposal, with much of the news breaking as the president headed to the beach for vacation.

“So the U.S. drone strike did NOT kill any ISIS-K but did kill 10 innocent civilians, including 7 children. Unbelievable. The Biden administration is a sad, tragic mess and an utter embarrassment on the world stage!,” Trump-era White House press secretary and Fox News contributor Kayleigh McEnany tweeted on Friday. 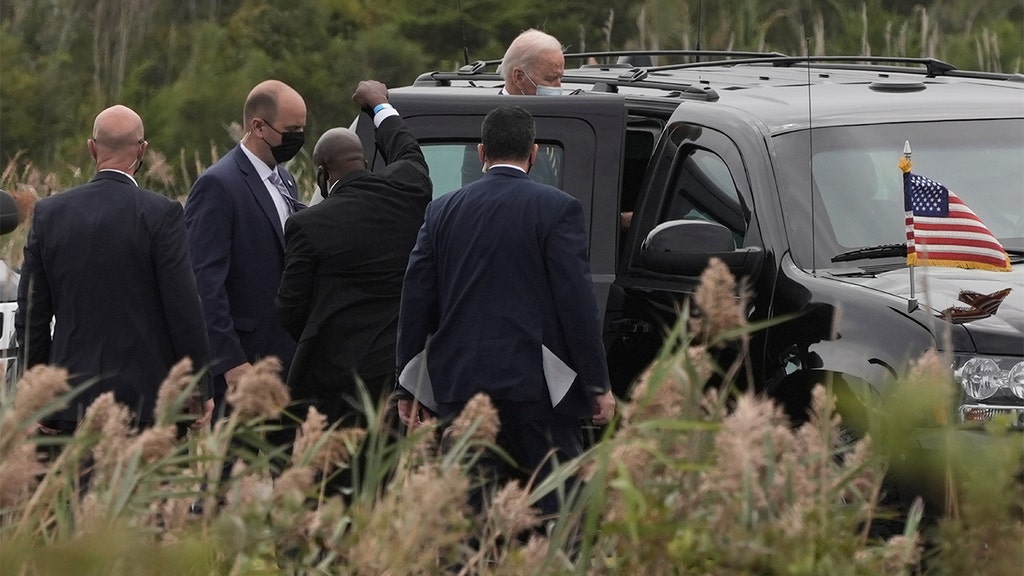 A DISGUSTING ACT IN DENIGRATING A TRUE PATRIOT AND GENTLEMAN.

On Wednesday, the state of Virginia removed the 12-ton statue of Confederate Gen. Robert E. Lee more than 130 years after it was installed in Richmond. Despite its massive size, it was lifted from its pedestal in one piece and is headed for storage .Sep 8, 2021

On Wednesday, the state of Virginia removed the 12-ton statue of Confederate Gen. Robert E. Lee more than 130 years after it was installed in Richmond.

Despite its massive size, it was lifted from its pedestal in one piece and is headed for storage. Gov. Ralph Northam, a Democrat, was there as the statue came down and appeared pleased by its removal. A crowd also chanted and cheered as the statue of Lee — atop a horse — was lifted into the air by a crane. 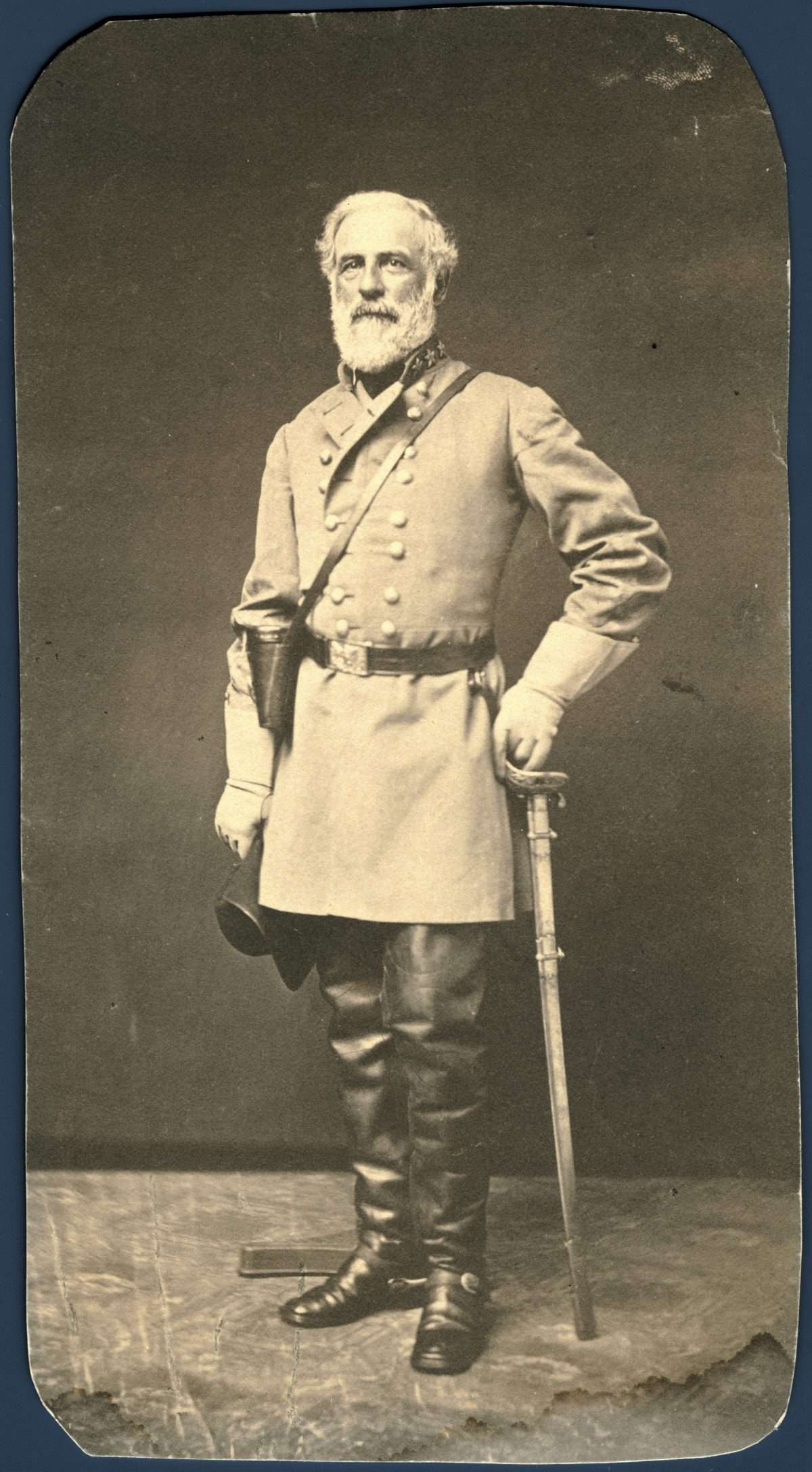 Robert Edward Lee (January 19, 1807 – October 12, 1870) was an American general best known for his service to the Confederate States of America during the American Civil War, during which he was appointed the overall commander of the Confederate States Army. He led the Army of Northern Virginia, the Confederacy’s most powerful and important field formation, from 1862 until its surrender in 1865. During the war, Lee earned a solid reputation as a skilled tactician, for which he was revered by his officers and men as well as respected and feared by his Union Army adversaries. Ultimately however, the Confederate military faced insurmountible odds and Lee proved unable to overcome the massive advantages the Union held in manpower, technology and resources.

A son of Revolutionary War officer Henry “Light Horse Harry” Lee III, Lee was a top graduate of the United States Military Academy and an exceptional officer and military engineer in the United States Army for 32 years. During this time, he served throughout the United States, distinguished himself during the Mexican–American War, and served as Superintendent of the United States Military Academy. Lee married Mary Anna Custis Lee, adopted great-granddaughter of George Washington. When Virginia’s 1861 Richmond Convention declared secession from the Union, Lee chose to follow his home state, despite his desire for the country to remain intact and an offer of a senior Union command. During the first year of the Civil War, he served in minor combat operations and as a senior military adviser to Confederate President Jefferson Davis.

In 1865, Lee became president of Washington College (later Washington and Lee University) in Lexington, Virginia; in that position, he supported reconciliation between North and South. Lee accepted “the extinction of slavery” provided for by the Thirteenth Amendment, but opposed racial equality for African Americans. After his death in 1870, Lee became a cultural icon in the South and is largely hailed as one of the Civil War’s greatest generals. As commander of the Army of Northern Virginia, he fought most of his battles against armies of significantly larger size, and managed to win many of them. Lee built up a collection of talented subordinates, most notably James Longstreet, Stonewall Jackson, and J. E. B. Stuart, who along with Lee were critical to the Confederacy’s battlefield success.[1][2] In spite of his success, his two major strategic offensives into Union territory both ended in failure. Lee’s aggressive and risky tactics, especially at Gettysburg, which resulted in high casualties at a time when the Confederacy had a shortage of manpower, have come under criticism.

Rush to Judgment: An autopsy of a racial power grab in Coronado

What’s the full story behind the tortilla incident?

The one thing guaranteed when one uses race as a means to power is absurdity. The actual truth is ignored for the optics that can be spun to serve those pursuing power. And the absurdity arises from the simple fact that many folks see the actual truth plainly but choose to ignore it for the power that the optics promise.

It was not until nearly (CLICK) two months later that I learned what had been reported was wildly inaccurate. Programs like the Anti-Defamation League’s (ADL) No Place for Hate had been quick to brand the teenagers on the team as racist but it was a 40-year-old man named Luke Serna that had brought the tortillas. He has been described by the townspeople as a Coronado alum who had not been to a game all year, a latino, a president of a local union and a political activist with ties to the island’s left-wing groups that advocate for critical race theory (CRT). It was this man who told the players, cheerleaders and fans to throw the tortillas in the air in celebration if Coronado won.

American Patriots would never think of a military takeover of the United States, that is until Trump was elected. The Deep State Military closely coordinated the Trump presidency with the Democrat Lovers inside the government (DOJ-SOS), politicians( Pelosi, Schumer, Schiff) and high level service members. They were charged to intervene militarily at the highest level of command.   if As soon as Trump began the rationalization of the upper command they went to Option B, insubordination bordering on Treason.

The head of the Joint Chiefs, Milley has now confirmed what we knew all along. He was a China Lover. A Sino aficionado who has compromised the state by giving secrets to the enemy. Secondly, he used the word “righteous” in the targeted drone attack of 10 Afghans. Come to find out the vehicle was occupied by an aid worker and his seven children; all were killed in the attack.  And thirdly, right before the missile struck their vehicle, the military was warned that the vehicle was occupied by civilians. But they said it was too late.

BRING HIM UP ON CHARGES NOW! Another incompetent at the TOP OF THE FOOD CHAIN!  Milley, “There was nothing, that I or anybody else saw that indicated a collapse of this army and this government in 11 days,” Milley said at a press briefing last month.

Milley was responding to reports that intelligence had warned the security situation in Afghanistan would quickly deteriorate, with some suggesting President Joe Biden may have ignored those warnings to press ahead with his planned drawdown of forces.

President Biden said this week that he still has “great confidence” in Milley, amid the turmoil surrounding his top military advisor.

Read below the accusations against Milley. But the fallout expected has not taken place. THE DEMOCRAT SWAMP MILITARY HAS CIRCLED THE WAGAONS.

The book claims Milley contacted Li after he had reviewed intelligence that suggested Chinese officials believed the United States was planning an attack on China amid military exercises in the South China Sea. The authors of the book also claim Milley contacted Li a second time to reassure him that the U.S. would not make any type of advances or attack China in any form, as Milley promised, “We are 100% steady. Everything’s fine. But democracy can be sloppy sometimes.”

The lady never stops. We are surprised that she did not take the step. Oh yeah, right off the platform a second before the “A” train came whistling by.

On the other hand, perhaps eating a gun would do the trick. But we know she was a chicken to do that. 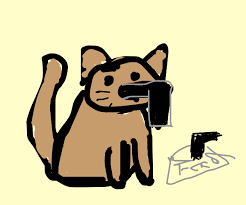 We know what caused her defeat (she), and by the way, without the media’s help this disheveled bitter old koot 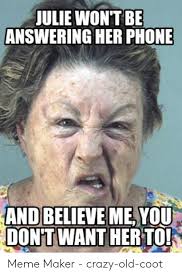 would have gotten trounced.

Never forget that she lied about the circumstances of Ambassador Chris Stevens death. Pushing Susan Rice out there to blame a Muslim film indicated how she

A dirt bag of dirt bags, Clinton has blamed a host of factors for her defeat over the years, including Russia, Facebook, fake news, former FBI Director James Comey, the unfairness of the Electoral College, the Democratic National Committee, Sen. Bernie Sanders, I-Vt., and sexism.

If it wasn’t for the Deep State she would be spending the rest of her life cleaning latrines.

Send the SCUM back to where she came from. A f’n liar who broke more laws than the average street punk. Jail her, not here, but in Guantanamo. Let her experience what real punishment is all about. Who would ever imagine that a POS would be telling us how to run our country. Rep. Ilhan Omar, D-Minn., railed against a judge’s decision to block a Minneapolis ballot measure that would replace the city’s police department with a new department of public safety.

During an in-person town hall meeting Tuesday evening in Minneapolis, Omar blamed big money for thwarting a progressive measure that she argued would have given the city “flexibility” on how to better police the city.

“The leaders who are opposed to progress in this city are not nameless or faceless,” she said. “Using your network to obstruct the kind of progress so many people in this city want and were looking forward to is not something that should go unnoticed.”

Milley without authorization, like Kerry before him, contacted a foreign government, in this case China and shared State Secrets with the enemy. Milley did not receive permission from the Secretary before contact. This is treason. This is what spies do. There must be accountability here.

EXCLUSIVE: Former acting Secretary of Defense Christopher Miller, who led the Pentagon from the period after the 2020 election through Inauguration Day, said that he “did not and would not ever authorize” Chairman of the Joint Chiefs of Staff Gen. Mark Milley to have “secret” calls with his Chinese counterpart, describing the allegations as a “disgraceful and unprecedented act of insubordination,” and calling on him to resign “immediately.”

In a statement to Fox News, Miller said that the United States Armed Forces, from its inception, has “operated under the inviolable principle of civilian control of the military.”

In the new book, authored by Washington Post associate editor Bob Woodward and national political reporter Robert Costa, it is alleged that Milley made two secret phone calls, both to his Chinese counterpart, Gen. Li Zuocheng of the People’s Liberation Army. The book alleges that the phone calls took place prior to the 2020 presidential election on Oct. 30, 2020, and two days after the Jan. 6 Capitol riot, on Jan. 8, 2021.

The Pentagon declined to confirm or deny reports from a new book alleging that Chairman of the Joint Chiefs of Staff Gen. Mark Milley overstepped his power during the end of the Trump presidency.

“I can’t speak to the validity,” Pentagon spokesperson John Kirby told Fox News’ Jennifer Griffin when asked about the specific allegation that Milley secretly attempted to prevent Trump from having the ability to launch nuclear weapons, a claim published in the new book co-written by Washington Post associate editor Bob Woodward and national political reporter Bob Costa. “But I see nothing in what I’ve read that would cause any concern.”