Hundreds of thousands of Muslims have been resettled in the United States, how many have Covid-19 are a wild guess. At last count 60,000 thousand are being resettled from Afghanistan, estimates as high as 20% are Taliban sympathizers.

The first item on their agenda is to build a mosque. Before you know it minarets are sprouting up like Jack and the Pulpits. The sound for prayer is deafening. It permeates whole cities. Queues of bathrobe clothed men, carrying their prayer rugs clog the streets. Thanking Allah for bringing them to America in a C-131 transport carpet ride. 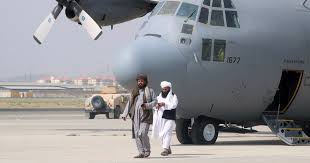 One thing we will never forget are those Arab countries that cheered the implosion of the Twin Towers on 9/11/2001; those same countries have now followed the same script as YELLOW PANTS Biden turned tail leaving radical Islamists in charge.

One purview of the Middle East leads to the question, why haven’t Muslim countries taken these Afghans in? Has Biden even asked them? It does not make any sense bringing them here, for they will never culturally assimilate. Like the Muslims living in the United States, we find them clannish. Among them are the Suicide Bombers (see below) in Congress. Their objective is to desecrate the flag, violate the Constitution and tread on America. Their values are not our values. So the question remains, why are we bringing America’s haters to the United States. Because Biden is TALIBAN.

A group of four Democratic congresswomen 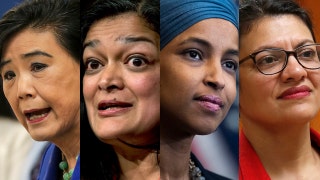 on Friday introduced a resolution condemning racism in the U.S. government and outlining relief for victims of racism 20 years after the Sept. 11, 2001, attacks. They are protecting the Taliban who are arriving in your neighborhood. Allah Akbar.

Democratic Reps. Pramila Jayapal of Washington, Ilhan Omar or Minnesota, Rashida Tlaib of Michigan and Judy Chu of California announced the resolution on Friday evening to acknowledge the “hate, discrimination, racism, and xenophobia that Arab, Muslim, Middle Eastern, South Asian, and Sikh communities across America continue to experience two decades after” 9/11, according to a press release. What they are yearning for is that Americans who criticize Muslim sleaze can be arrested for incitement and hate crimes. BTW we already have laws in place protecting incitement. Hate crime laws are also on the books. Their b.s. attempt is a grandstand play for publicity.

For God’s sakes, can someone tell them to please take off their Halloween masks.