New York has more troubles. Thousands of illegal criminals are being bused as we speak to the Big Apple. Most of them have records, longer than the cocaine lines once shared in Studio 54.

At Studio 54 there was one drug by far the most popular: cocaine. Coke was cool, everyone at the club was doing it, even celebrities.

Even border-crossers are too scared of the crime-riddled Big Apple.

Mayor Adams was on hand for the cameras Sunday to greet the city’s latest busload of migrants being dumped here from Texas — only to be stunned to learn that the vast majority had  gotten off before they made it.

Hizzoner said the immigrants likely bailed out early  because of their “fear” of the city.

“We were led to believe about 40 people should have been on that bus. Only 14 got off,” Adams said at a 7 a.m. press conference at Midtown’s Port Authority Bus Terminal.

The mayor suggested that the most likely reason was “because of the fear that something was going to happen to them if they came to this location, people got off earlier.” 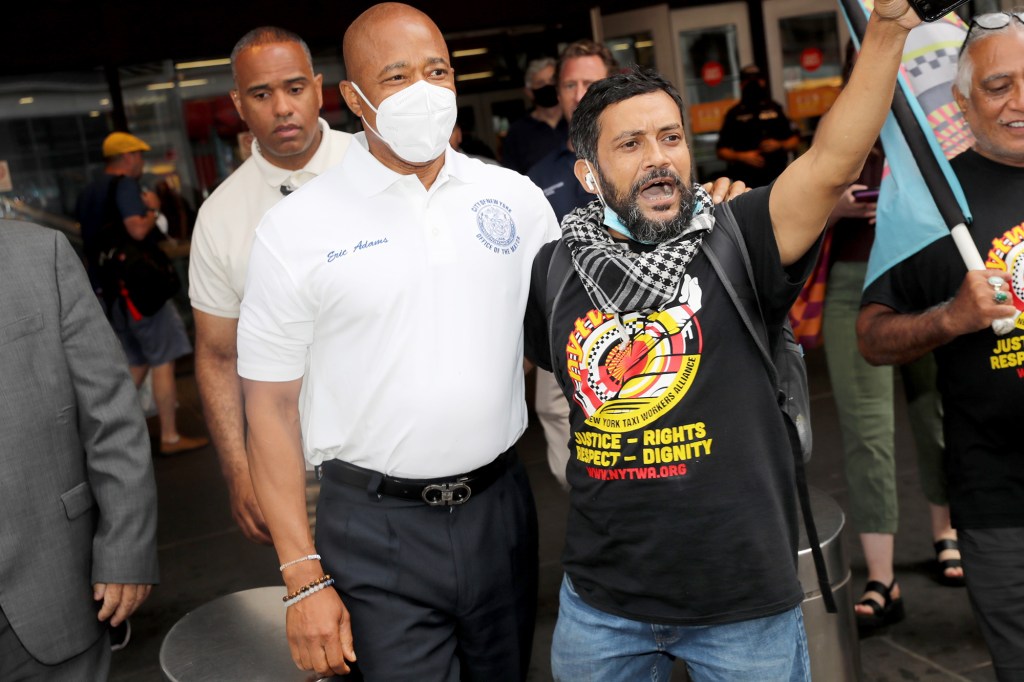 Their numbers add to the 50 border-crossers who were already bussed to New York City on Friday. The buses are  part of  Texas Gov. Greg Abbott’s effort to  push  migrants into Democratic regions of the country to ease what he says is the Lone Star State’s “crisis caused” by the Biden administration’s “open border policies.’’

On Sunday, The Post caught Adams on video having a testy exchange with a woman  involved in  helping to get the handful of arrivals off the Texas bus.

It’s not clear what the dispute was about, but the mayor told the woman, “We’ve got to work together — we’re not on different sides here, we have to work together.’’ She abruptly walked off.

Abbott has vowed to continue sending them to New York, which he has called an “ideal destination” because of the city’s generous treatment of homeless people. He has also sent more than 6,100 to Washington, DC, since April, which local leaders say has led to crisis.