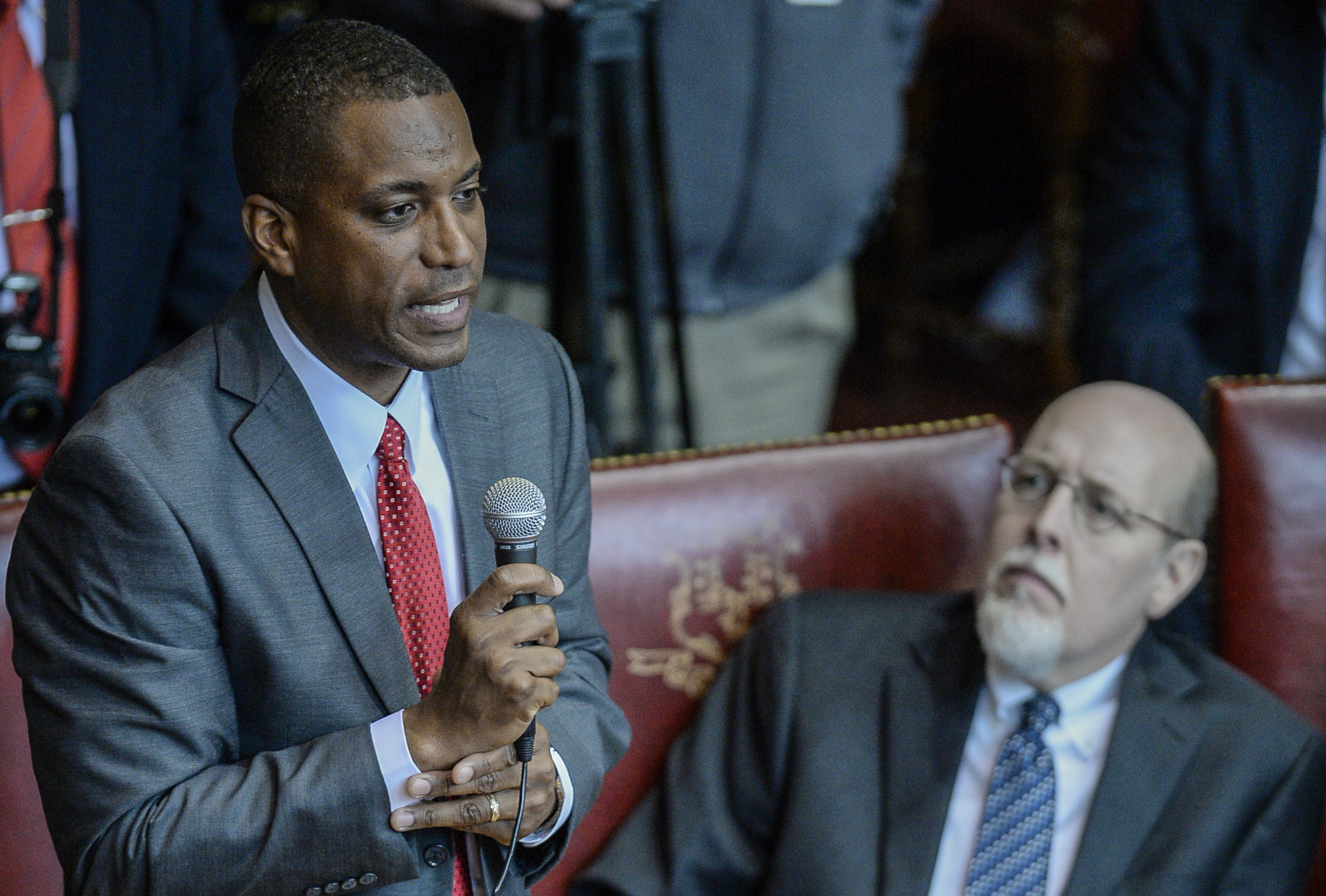 ” The Fifth Congressional District have no representation down in Washington. I want to change that. I want to bring some sensibility down to Washington. I think we need some better checks and balances to counter the Biden-Harris administration in Washington. I think Nancy Pelosi and a lot of her far left liberal proposed bills and policies have been hurting our district. This has been hurting our country. And I think we need some better balance down there. I think the incumbent is just not doing a good job representing the people of the district.

CT’s 5thLogan had a 48% to 47% lead, with 4% undecided, in a survey of 500 likely voters conducted from Oct. 19 to 21. It has a margin of error of plus or minus 4.3 percentage points. district race between Hayes, Logan is one with national implications

Connecticut is rarely in the spotlight when it comes to House races or part of the equation for how Republicans seek to build a majority in Congress. But this year has been a major exception, with the 5th District becoming a hotly contested battleground awash with millions of dollars in spending.

At stake is a seat in the western and central parts of Connecticut that Democrats have held for 16 years. Rep. Jahana Hayes, D-5th District, faces Republican George Logan for a third term in a campaign that largely mirrors themes reflected at the national level on the economy and abortion. Republicans must breathe fire into the Swamp. Blue creatures who are not Native Species have had their say during the past twenty four months, now is the time to BERN them for good. Cheney’s ad campaign ‘urging Arizonans not to vote for me is doing the just the opposite,” Lake claims

Arizona candidate Kari Lake, a Republican running for governor, announced her campaign raised over $300,000 on Friday, which she cheekily credited to Sen. Liz Cheney, who is actively campaigning against her.

In an open letter, Lake thanked Cheney for her “biggest fundraiser yet” as Cheney’s recent television ad campaign “urging Arizonans not to vote for me is doing the just the opposite.”

“Our campaign donations are skyrocketing and our website nearly crashed from traffic as people rushed to learn more about my plan to put Arizona First and join our historic movement,” Lake said in the letter.

They have called him every name in the book but Herschel Walker has withstood the onslaught from the mentally retarded Libtards.

Excerpt from an October 2, 2022 post: “BELIEVE US WHEN WE TELL YOU, THINGS WILL CHANGE IN AN INSTANT WHEN A DEMOCRAT POLITICIAN GETS A SHIV IN THE BACK.

IT HAS BEEN SAID BEFORE THAT THE QUICKEST WAY TO CHANGE A PERSONS AFFILIATION FROM DEMOCRAT TO REPUBLICAN IS FOR THEM TO GET MUGGED.

We have said repeatedly that the Democrat diatribe has set in place the words that fire up those who have been radicalized by it. And so it came to pass yesterday at 2 a.m. Pacific time. The place, Nancy Pelosi’s castle. An intruder entered her home, she was not there, but her husband was. He was the object of blunt trauma, being HAMMERED on the head hard enough for him to be admitted to surgery where he was rushed to repair a skull fracture and serious injuries to his right arm and hands. Doctors expect him to fully recover.

The assailant yelled out, “where is Nancy?” If she was there, there would be a real possibility of her being murdered. As you recall, her husband was involved in a car crash awhile back.

His Porsche was totaled, Pelosi arrested, plead guilty. US House of Representatives Speaker Nancy Pelosi’s husband has been sentenced to five days in jail after pleading guilty to drink driving. 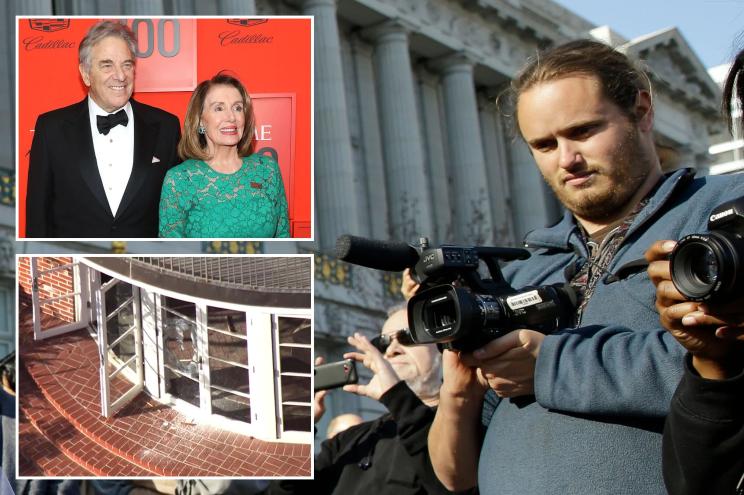 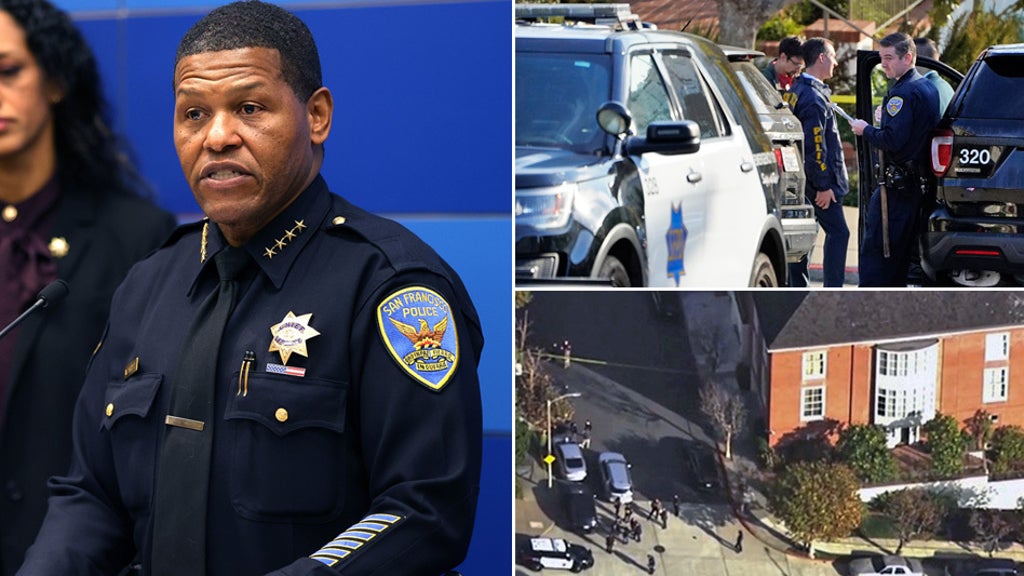 We don’t like to see anyone pummeled like this, but as we said before, what goes around comes around. But it doesn’t seem to bother the Libtard Dems that crime has surged in almost all Democrat cities. This was eventually bound to happen. However, don’t take your eyes off the ball, illegals and deranged individuals have been let loose on our streets “en masse” killing, murdering, raping, gang banging everything in sight. Their targets were innocents.  And most were let go without bond, others jailed for a minimal time before being released on the streets to kill again.

And in many cases, LIBTARD JUDGES LET THESE GUYS GO. So, when this guy goes to trial, and is found guilty, we presume no mental defense, that a San Francisco Libtard Judge will give him the minimum sentence, that being one year in the iron bar, released for time served. That is JUSTICE the Democrat Way.

Democrats, in Blue states, are finding themselves being attacked by their own. For instance, Fetterman in Pennsylvania, the guy running for Senate against Dr. Oz, failed to live up to expectations during their most recent debate. Those of the Blue Stripe have questioned his performance. Why is he even running they ask? The fact is he is mentally challenged due to a recent stroke; during the debate he acted like he was having another seizure. We don’t know it, but he appeared to be emulating his mentor, Sleepy Joe Biden.

Other races have gained the spotlight, the once safe gubernatorial race in NY is now a tossup. In fact the latest poll has Lee Zeldin in front; he came out of nowhere to reel in Kathy Hochul down the stretch. Once a long shot, the finish line is all Zeldin’s for the taking. Hochul has difficulty answering tuff questions. She stutters, looks scared and appears off kilter. This reminds us of Joe Branden,

Arizona, where Mark Kelly was supposed to be a shooo-in. Voters are now questioning his veracity. What has this guy ever done on Earth for God’s sakes.  Arizonans know Mark Kelly is the one responsible for surging inflation, surging crime and surging gas prices. A voter for Kelly is a vote for open borders, Arizonans wanted feel safe are voting for Blake Masters.

How can we count the ways? Currently, the ‘tards seeking election are distancing themselves from Branden. But we tell you this, like Tulsi Gabbard who had the guts to bolt the party, those who still remain are guilty of treason, sedition, lying, theft, murder, rape, killings and mayhem. The Democrat party is made up of Freaks, Seditionists, Liars, Pilferers, Double talking Pimps and all the rest. When you go to the polls, it is paramount that you take your physical being into consideration; think of the Police who have been singled out and murdered by Democrats. Do you feel safe in your home? You could be the next victim. It can happen any time.

Try riding the A train in the Apple,

your life is at stake. Platform murders have mounted during the past two years. Indigents, illegals, bail jumpers target the unlucky strap hangers, pushing them in front of a train; killing them in an instant. Democrats are solely responsible for the break down of law and order. will be experiencing a nightmare on Pennsylvania Ave on November 8. Speaking about Pennsylvania, one can’t imagine a brain paralyzed from stroke candidate, a freak show for sure, running for senate in one of the hotly contested races of the year.

Fetterman’s string of misfires after stroke fuel questions about fitness: ‘Kicking balls in the authority’

Fetterman is in competition with Branden on who could be the Gaffe Pro Winner. So far it is a tossup.

A string of miscues from Pennsylvania Lieutenant Governor John Fetterman on the Senate campaign trail is fueling questions about his fitness for office.

Fetterman suffered a stroke in May, and his gradual return to the campaign trail has been marred by verbal stumbles and miscues.

“The [Philadelphia] Eagles are so much better than the Eagles!” Fetterman told a Philadelphia crowd late last month.

Brittany Yanick, communications director for Oz, who is closing the gap on Fetterman in the highly-watched toss-up race, told Fox News Digital that “on KDKA radio, John Fetterman swore up and down he’s not on the heart transplant list.”

“If he’s willing to tell a journalist that he doesn’t need a heart transplant on the record, what is the big deal about making his medical records public to back that up?” Yanick said. “Fetterman already hid the fact that he had atrial fibrillation when he ran for Lieutenant Governor and throughout the Democratic primary for Senate, so how can we take him at his word now?”

“The Pittsburgh Post-Gazette called on both candidates to release their medical records weeks ago. Oz released his. Why hasn’t Fetterman?” she continued. “It’s bizarre and strange he hasn’t done it yet. What is John Fetterman hiding?