President Obama never walked the talk and this week it ended with more civilians being gassed by the “Animal Assad”.

(click)Russia blames Israel for deadly airstrike on Assad base after alleged chemical attack. The United States denied that they bombed Assad’s airbase killing ten Iranians, but no doubt they gave the Israelis permission for the hit.

Remembering back to the day when Obama received a Nobel Peace Prize baffles us, probably the bulk of free thinking initiated Americans too.

The 2009 Nobel Peace Prize was awarded to United States President Barack Obama for his “extraordinary efforts to strengthen international diplomacy and cooperation between peoples”. The Norwegian Nobel Committee announced the award on October 9, 2009, citing Obama’s promotion of nuclear nonproliferation and a “new climate” in international relations fostered by Obama, especially in reaching out to the Muslim world.

The Nobel Committee’s decision drew mixed reactions from US commentators and editorial writers across the political spectrum, as well as from the rest of the world.

Obama accepted the prize in Oslo on December 10, 2009. In a 36-minute speech, he discussed the tensions between war and peace and the idea of a “just war” saying, “perhaps the most profound issue surrounding my receipt of this prize is the fact that I am the Commander-in-Chief of the military of a nation in the midst of two wars.

Not too well; 400,000 Syrians dead whose kin can thank Obama’s Red line. Iran waging havoc throughout the Middle East and on the verge of a nuclear capability, signed on by Obama and Kerry. Hezbollah backing up Assad in Syria and running roughshod in Lebanon. The aftermath of Obama’s peace overtures have not turned out as expected. The exclamation point here is last weeks message sent via airmail to Syria. Russia has got the message too, but all is not said and done. We sincerely hope the Nobel committee recognizes their mistake and claws back Obama’s prize and then hands it over to Donald Trump.

Susan Rice, you remember her, a liar of first rate. It was she who fell hook line and sinker for Russia’s money back guarantee that no chemical weapons remain in Syria; was she smoking some of Obama’s  stash during her time at the U.N? But we will get to the bottom of it one way or another. Obama’s peace overtures to dictators will stand out as a ruthless ticket for them to go on killing with abandon.

“To be prepared for War is one of the most effectual means of preserving peace.” -George Washington, 1st address to Congress – 1790

It doesn’t surprise us one ruble of Russia’s adventures in the Middle East and power play in Crimea, plus saber rattling in the Ukraine; the Baltics are looking over their shoulder too.  China lauding North Korea behind closed doors, plus the taking of the Spratlys. And the recent shove it in your face Iran on the receiving end of banned weapons from Russia. 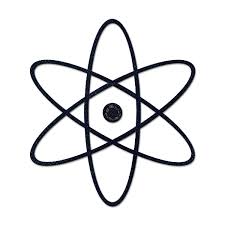 The United States pumps out words while the others pump out weapons. And for Hillary Clinton, do not think for a moment that she is capable; it is her who lit the Middle East up in flames. Syria, Iran, Crimea, Iraq, devastation everywhere on her watch. We are closer now to a nuclear disaster than ever before.

Iran to get missiles from Russia.

When push comes to shove and it will come, Israel, Saudi Arabia, Egypt will, or should we say must coalesce around the threat of the Sunni warlords. WW III is on the horizon; no doubt about it.

Barry McGuire had it right we are “On the Eve of Destruction.”

The eastern world it is exploding
Violence flarin’, bullets loadin’
You’re old enough to kill but not for votin’
You don’t believe in war but whats that gun you’re totin’?
And even the Jordan River has bodies floatin’

Don’t you understand what I’m tryin’ to say
Can’t you feel the fears I’m feelin’ today?
If the button is pushed, there’s no runnin’ away
There’ll be no one to save with the world in a grave
Take a look around you boy, it’s bound to scare you boy

Think of all the hate there is in Red China
Then take a look around to Selma, Alabama
You may leave here for four days in space
But when you return it’s the same old place
The pounding of the drums, the pride and disgrace
You can bury your dead but don’t leave a trace
Hate your next door neighbor but don’t forget to say grace