Senator Mary Landrieu, facing the end of her lap dog 34 year career, suffered an ignominious defeat at the hands of Bill Cassidy. Landrieu to the very end was still trumpeting Obamacare;  by campaigning in the Black community, a desperate measure that did not play well with voters, an indication that she was gasping for breath.  The voters had none of this, they knew from the outset that Landrieu was an Obama puppet, nothing more that a rubber stamp, voting for the President’s when it suited her.

And the “Louisiana Purchase” was the shakedown of shakedowns. Landrieu was opposed to the public health insurance option in the America’s Affordable Health Choices Act of 2009 until the bill was rewritten to send a $300,000,000 payment to Medicaid for her home state. When two pages were added to the bill to place $300 million in Louisiana’s Medicaid system, she changed her web page in order to reflect her support of the program. Conservative figures referred to the deal as the “Louisiana Purchase“. As a result, prominent conservative figures Glenn Beck and Rush Limbaugh called her a “high-priced prostitute“.

Cajun country became sick of her oil slick ways – they understood full well that a baton rouge beating was the punishment to be ushered out.  The swamp has been drained. Soignez vous-autres! The final debate and most likely the one that ended Senator Mary Landrieu of Louisiana’s tenure in the Senate culminated in what may defined as digging your own grave. Voters go to the polls on December 6th.

But in addition to defending himself, Cassidy was quick to fire back at Landrieu for using taxpayer dollars to fund her private campaign transportation, a violation for which she has apologized and reimbursed taxpayers for.

“When I treat patients in the public hospital system, clearly those patients benefit,” Cassidy said. “When she takes chartered jets on taxpayer dime to campaign events, who is it that benefits?”

Cassidy: ‘I think just because you disagree with the president doesn’t make you a racist.’

Cassidy: ‘If Sen. Landrieu represents Barack Obama, I represent you.’

Mary Landrieu pushed the drill to grease up here reelection chances, but in the end it was Landrieu who bit the dust. The likelihood of a Landrieu win on December 6 is nil. Her opponent,Bill Cassidy will be an asset for Louisiana.  In the end the Cajun Senator ran out of the drilling fluids needed to convince others in the Democratic party to become wildcatters.

Democrat money distancing itself from the Mary Landrieu oil slick.

Senator Landrieu is in the fight of her life, her reelection campaign deeply immersed in thick sludge. She will vote for the Keystone XL pipeline legislation due to come up Monday.  In Cajun country, the good folks down there know a flipper when they see one. Towing the Obama line for six years without speaking out; an Obama lackey who did what she was told to do, is now telling folks back home that the Keystone XL matters to our energy independence and is a job creator. This is to appease the oil industry folks in Louisiana. But let us be the first to tell you, Cajuns aren’t about to swallow this non-sequitur.

Her opponent Bill Cassidy has waged a vigorous campaign on the issues most important to the citizens of Louisiana; come December 6 , with our help, we will make him the victor over the mud bug  Mary Landrieu. Keep in mind that she did Obama’s bidding for the past six years. Louisiana is much better off without her.

The talking heads estimate that the sixty votes are there for passage. It really doesn’t matter because Obama will veto it.  This again is ample evidence of the powerless Democrats who have no sway over what Obama does; they are staging this meaningless vote at Landrieu’s insistence. The legislation has re-emerged after Democratic Louisiana Sen. Mary Landrieu began championing it, in a bid to not only help the energy industry but also her struggling runoff Senate bid. In response, Republican Rep. Bill Cassidy, who is running against Landrieu in the runoff, sponsored the House bill that was approved on Friday. 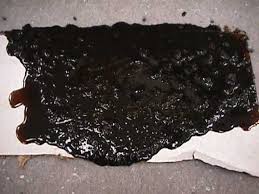 Alaska went Red, Mark Begich defeated. Dan Sullivan is the next senator from Alaska. After all votes were counted, write-ins absentee ballots and contested ballots, Alaska declared Sullivan the winner. Keep in mind that the Democrats could not get away with senatorial theft like the one that gave Al Franken the senatorial seat six years ago.

The next battle is in the Cajun state, pits Mary Landrieu toa duel once again with Bill Cassidy. The runoff is to take place the first week of December.