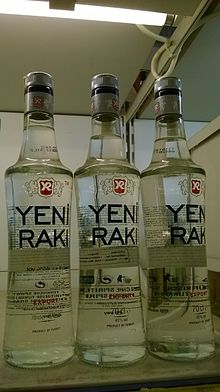 The Turkish dictator Erdogan, a diminutive pea brain with a  big mouth, who has taunted NATO members for years, exasperating the E.U. with his belligerent invective, has reached the end of the line. Germany is one step beyond the last warning to Erdogan; there is no love lost between Merkel and the diminutive Jihadist.

Even Israel is on the verge of sending the last warning shot to the warmonger. Turkish President Recep Tayyip Erdogan joined with Palestinian Authority President Mahmoud Abbas last week, echoing his incitement for Muslims worldwide to “defend al-Aksa.” Minding someone the business of someone else could get you into a spot not easily extricable. Just repeating this calumny was not enough for the Turkish dictator, who added fuel to the fire by calling Israel’s removal of metal detectors from the entrances to the Temple Mount “not enough” and saying that IDF soldiers were “dirtying” the site with their boots.

Israel’s foreign ministry’s apparently new approach to Turkish relations that we should all agree with Yesh Atid chairman Yair Lapid, that Israel should support the creation of a Kurdish state. We should also finally go public and recognize the Ottoman Armenian genocide.

Lapid pulled no punches, adding to his disparagement of the Turkish leader by declaring that Israel should also drop the idea of a gas pipeline to Turkey. It is time, he said, to show Erdogan that he cannot bully Israel.

“The time has come to stop ingratiating ourselves to the Turks, who every time come and kick us harder,” Lapid told journalists during a briefing in Tel Aviv. “We need to say, ‘Okay, we understand, now we have to run our own policy: From now on we support the establishment of an independent Kurdish state, we need to recognize the Armenian genocide, we need to do all the things that we didn’t do when we had good relations with Turkey, because we don’t, and we will not have in the future,” he said.

Turkey’s 15 million Kurds represent nearly 18% of the country’s population. Like most of their fellow Muslim citizens, they are Sunnis, but it is their cultural distinction, their ethnic identity, that they are fighting to preserve. Some of the actual fighting is conducted in their name by Kurdish rebels, the PKK, which has resulted in scores of thousands of deaths over recent decades.

Between July 2015 and December 2016, some 1,200 civilians and 800 members of Turkish security forces were killed, and more than 500,000 were displaced. Erdogan has arrested hundreds of members of the Kurdish People’s Democratic Party (HDP) on trumped-up charges of collaborating with the PKK, whose physical destruction he pursues, refusing to negotiate.

Erdogan has a violent accusatory mindset, blaming the Kurds, Israel, ISIS for his country’s ills. He sees a conspirator, coup or assassin behind every Mosque. Erdogan’s own words there is “absolutely no difference” between ISIS, Kurdish rebels and the movement behind the U.S.-based cleric Fethullah Gulen, calling them terrorists. There is only one word to describe this anti American despot, “KILLER.”

The Europeans have it right so far, rejecting Turkey’s entrance into the European Union (EU). What sets Europe apart from Turkey is their Islamic identity while Europe on the whole is Christian.  And don’t forget that Turkey, mainly consisting of an Asian people, was an invading country under the Ottomans; Greece, Bosnia and Spain fell in their wake. That brings us to Turkey today. A NATO member under the iron hand of Islamist Erdogan who has no trouble stirring the pot of racism, blaming others for his faults.

Case in point, the Kurds who have been clamoring for their own country without success. Turkey is adamant that the Kurds are Turks and not minorities, therefore by acquiescing to their demand it would open the floodgates for others. That is a self serving argument. And with ISIS one mile from the Turkish border on the ready to massacre the Kurds in Syria, Erdogan says let them die, we will not help with their defense.