This tribalism ethnic conflict wave moving from the west coast to the  east coast is nothing more than liberal ideologues lighting a fire in bush country. What they attempt to do is debase the Caucasian in their vain attempt to up theirs. For every injustice, no matter how minor, there is a cause celebre. Take for instance the swamp rat, we bet there are thousands of swamp rat aficionados ready to vomit their signs across the land in a hustle and bustle protest. But what is happening now is the start of a forest fire, it is a disease of the left which infected those who have no iron in the fire. How is that you say?

Imagine the poorest of the poor Dalit,  the “untouchable” living in an Indian sewer pit. Oh you never heard of those dahibs cleaning the raw sewage from the pipes? Sorry we had to bring this obscene subject up. India’s constitution outlawed discrimination against the Dalits in 1950. The Dalits make up 17% of India’s population and have emerged as a powerful voting bloc. Now the Dalits are the quintessential  example of discrimination. There is no comparison to the denizens of the left who protest inequity in the United States. 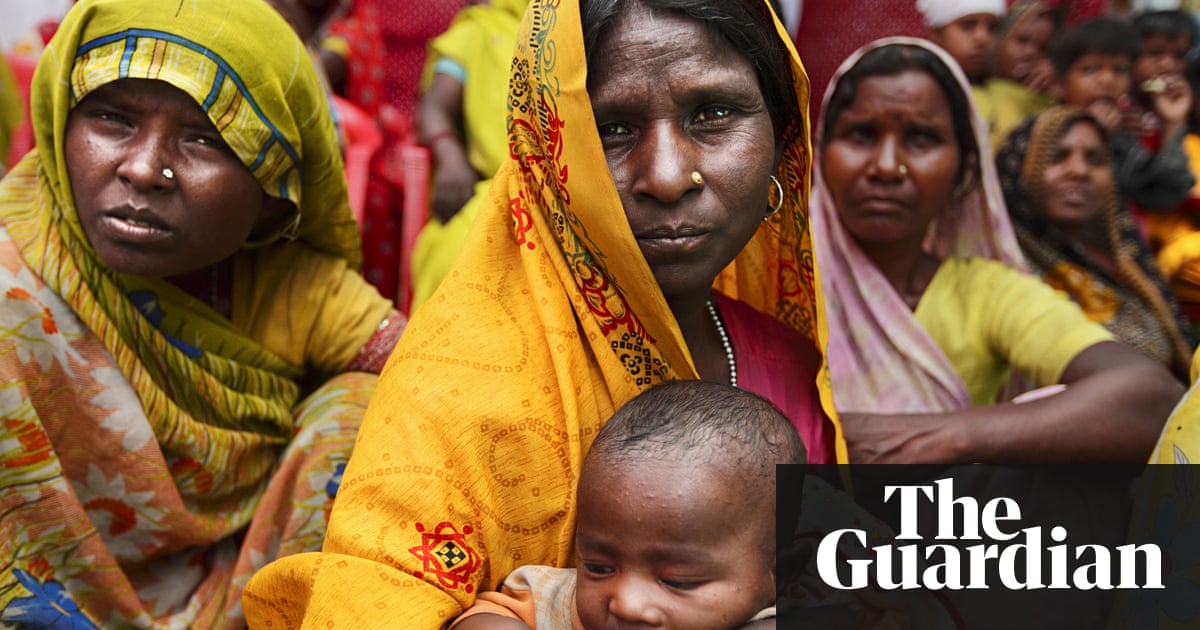 Sai Ram, burned alive because of a stray goat, was just one of 17,000 Dalits to fall victim to caste violence in the state of Bihar His alleged killer, currently being held by local police, is from a higher landowning caste. He took offence when one of the teenager’s goats strayed on to his paddy field and grazed on his crops. Ram was overpowered by the landowner and a group of other men. He was badly beaten.

Click here and view movie India’s Dalit Revolution 101.  Now these are people with a gripe!

This brings us back to the United States. Certain members of society, those not on the Dalit level, but in the 1% upper crust, have felt it necessary to debase our Flag, National Anthem and the millions of Americans who served to give them the  right to be a free; yet they aren’t happy. And do you believe that others have joined them in protest. Protest for what? Oh they feel that majority parts of society, the Caucasian who doesn’t ascribe to the White guilt philosophy, have not treated them with the respect they deserve.

Additionally, they feel that others in their Caste are being denied their rights too. What rights are those? They are not enumerated because none are denied. However, they are emotionally disturbed because the mainstream (Caucasians) sees them as second class. A sensitive lot they are. In other words they want Whitey to love them for what they are. OK, we will do that if you behave.

We recall Dr. Martin Luther King Jr.s words, “I have a dream that my four little children will one day live in a nation where they will not be judged by the color of their skin, but by the content of their character.”  Many of those do not have character at all, so why would we judge them to be more than what they are.

As the protest mounts, those who are subject of the protest become less to embrace their cause. And why should they. Pampered millionaires complaining of the injustice felt by their brethren. If there is an injustice it is the fault of those who suffer one. As we read the Sunday paper today, we are again reminded of those left behind.

CHICAGO (CBS) — Four people were killed, and 24 others were wounded in shootings across the city over the weekend.

The most recent fatal shooting happened Sunday afternoon in the Austin neighborhood on the West Side. Police said, around 12:15 p.m., a 23-year-old man and a 19-year-old man were standing on the sidewalk near Haddon and Central, when someone opened fire from the alley.

Blaming Others brings class division and group identity. Ethnic conflict resolution is best served by embracing the values of those who gave you the right to protest, not the other way around.

Hillary Clinton can’g stop debasing the American voter. Her latest trope centers on “white women” who lacked the intestinal fortitude to vote for her. Her claim that these white women voters were under the control of their husbands or significant others when it came to voting. Problem with Hillary Clinton was that she could not accept the truth. White women didn’t voter for her because she was a cheatin, lyin, scammin slut. Several Democrats have distanced themselves from Clinton, but the truth be told, these same Democrats supported her throughout her career; these are the same people who kissed up to Harvey Weinstein.

It would take a decade to detail the devious crimes she has committed since entering the political theater. This power hungry b….h repeated what she had sowed. How she has escaped the iron bar motel is beyond belief. Her criminal activity was well known, her lies bigger than the Grand Canyon and most of all she was responsible for the murder of four of our Guys in Benghazi; having lied about the reason for the embassy attack.

Our country will not rest until Hillary Clinton is finally brought to justice under the RICO act. The time is now for Jeff Sessions to grow a pair. Justice now, we want justice now.

Racketeer Influenced And Corrupt Organizations Act (Rico)A federal law, passed in 1970, that allows prosecution and civil penalties for certain acts (including illegal gambling, bribery, kidnapping, murder, and money laundering) performed as part of an ongoing criminal enterprise. RICO has been used to prosecute members of the mafia, the Hells Angels motorcycle gang, and Operation Rescue, an anti-abortion group, among others.

The Racketeer Influenced and Corrupt Organizations Act, commonly referred to as the RICO Act or simply RICO, is a United States federal law that provides for extended criminal penalties and a civil cause of action for acts performed as part of an ongoing criminal organization. The RICO Act focuses specifically onracketeering, and it allows the leaders of a syndicate to be tried for the crimes which they orderedothers to door assisted them, closing a perceived loophole that allowed a person who instructed someone else to, for example, murder, to be exempt from the trial because he did not actually commit the crime personally

Kentucky GOP Sen. Rand Paul on Sunday blasted former CIA Director John Brennan for suggesting that President Trump will be remembered as a “disgraced demagogue,” saying that Brennan spying on Americans while running the agency was disgraceful.

“This man had the power to search every American’s records without a warrant,” Paul tweeted Sunday. “What’s disgraceful is attacking the Bill of Rights and the freedom of every American.” 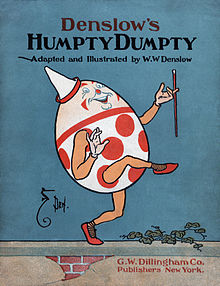 It couldn’t get better than this. Once again we have seen Hillary Dumpty suffer a dizzy spell; this time in the bathtub. Now it becomes apparent that she finally has lost touch with her senses. Suffering dizzy spells is common for people who have Parkinsons type afflictions.

The time has come for Hillary Dumpty to own up to her malady. Just a day ago she fell twice on a staircase, only to be saved by the two men at her side. Lucky for her – next time though the fall will be more serious. Head trauma, brain swelling and death may result.

It was not long ago where she suffered a blood clot in the brain, the result most likely of blunt trauma to the head when she fainted hitting her noggin on the ground.

Clinton’s visit to India suffered another setback this week as the former secretary of state fractured her wrist after slipping in the bathtub at the five-star resort where she was staying, according to a report by DNA India.

The website reported that Clinton was taken to a hospital in the city of Jodphur at around 5 a.m. local time Wednesday. Clinton underwent an X-ray and a CT scan that confirmed a hairline fracture of her right wrist.

Her latest FALL from grace took her to India; trying to jump start her book tour which has imploded she again revealed another theory for her devastating loss. It was WHITE WOMEN whose minds were forcibly corrupted to vote for a White man. Of course no one, not even her husband, Slick Willie, believes in these excuses. She lost because she is a looser – pure and simple. Democrats “do not do well with white men, and we don’t do well with married, white women,” she said. “And part of that is an identification with the Republican Party and a sort of ongoing pressure to vote the way that your husband, your boss, your son, whoever, believes you should.”

BY THE WAY, CNN DID NOT SHOW THE VIDEO OF HILLARY TAKING A FALL

India, with its diverse and plural population, is already the motherlode of modern migration with a diaspora estimated at 30 million worldwide. From farming in South America and Africa to entrepreneurship and academia in the US, to cheese-making in Europe, Indians have been one of the great migratory forces in the 20th century.

But New Delhi needs to facilitate emigration of 300 million or more, not just 30 million, to allow itself some breathing space and gain greater global heft. It has to be in a formulation that constitutes a win-win to both giver and receiver. Already, it is accepted that fears of a brain drain were overblown. India has benefited more on account of its emigrating population. Emigration may yet be seen as an act of patriotism that carries the syncretic ethos of India worldwide.

It does not need repeating here, however it needs to be. To sustain the White America that we know, a total fertility rate of 2.1 is essential. Lower than that the White population is in the throes of a death spiral.

The chart clearly highlights the coming armageddon. If nothing is done, not only is the United States in peril, but the rest of the world is too.

The Cult of White Extinction, and How to Reverse It

The essence of our civilization cannot be sustained by the “things” we have produced. The ruins of ancient civilizations are fascinating, but they are still cold and dead if there are no descendants of the people who created them to give them life and meaning. Other races will not use what we built to continue our civilization. The magnificent Greek Orthodox Church, Hagia Sophia, in Constantinople (now called “Istanbul”) was desecrated and converted into a mosque and then into a museum. We can try to impress the intellectual works of the West on those who are replacing us, but they will follow their own ways and reject ours. The only way to sustain our civilization is through our descendants.