Saudi Arabia, Iran, Iraq, Pakistan, Afghanistan shoot or stone to death gays and lesbians. This is their political agenda. Don’t follow the Koran and Hadith to the letter and swish, its your head on the table. This is what has set off the latest animal who saw to gays kissing.

“The fact that this shooting took place during Ramadan and that ISIS leadership in Raqqa has been urging attacks during this time, that the target was an LGBT night club during Pride, and – if accurate – that according to local law enforcement the shooter declared his allegiance to ISIS, indicates an ISIS-inspired act of terrorism.”

The gunman who murdered at least 50 people in a Florida nightclub early Sunday morning was a follower of a controversial gang leader-turned-bank robber who was released from prison last year despite warnings from prosecutors that he would recruit people to carry out violent acts, sources told FoxNews.com.

From Fox news: The terror massacre at a packed Orlando nightclub reverberated across the presidential campaign trail Sunday, as the candidates condemned the deadliest shooting in U.S. history — and Donald Trump ripped President Obama and Hillary Clinton for avoiding the term “radical Islam” in doing so.

The presumptive Republican presidential nominee went so far as to say Obama should “step down” for not using the term and Clinton should “get out of this race” if she won’t either.

Muslims are dangerous without guns, with guns they are extremely dangerous. Has the time come to restrict them from having gun permits? They are born to kill, like pit bulls waiting to attack innocent victims; triggered by Democracy and values different from their own, not tolerant of the freedoms we all enjoy.

Obama, speaking from the White House on Sunday, said the nightclub massacre in which 50 people were killed and at least 53 others were wounded is being investigated as an “act of terror,” though did not say whether it was tied to radical Islam.

We live in a very dangerous time in America when our political leaders are afraid to speak out. They are just as dangerous and more so because it is them who we depend on to protect us.

GET YOUR GUN PERMIT AND ARTILLERY NOW BEFORE OBAMA OFFERS UP ANOTHER EXCUSE TO TAKE AWAYOUR 2ND AMENDMENT RIGHT.

Wake Up America!We offer up this valid point. The Democrats are pro LGBT and their Rainbow Agenda. However, the LGBT community should now rethink their allegiance to the Democrat Party; because it is the Democrats who have allowed millions of these trigger happy time bombs into this country.

Wake Up America! THOSE COMING INTO OUR COUNTRY DO NOT SHARE OUR VALUES; THEIR CULTURE IS ANATHEMA TO OURS. PROGRESSIVE LIBERALS WILL NEVER ADMIT THIS IS SO. BUT PATRIOTS NEVER FORGET HOW THESE DO GOOD POLITICIANS SOLD US OUT.

Us here at the New Boston Tea Party are shell shocked that it took so long. ISIS is now in our backyard condoned by Hussein Obama and Hillary Clinton. Liberal progressives who lambaste those who are not politically correct. As Donald Trump said, “Islam hates Us.”

As the carnage in Orlando manifests we have a problem, only Trump has a plan by banning all Muslim travel into the United States. Of course the usual rhetoric, as expected, comes out calling Trump a racist. “I think that we should definitely disallow any Muslims from coming in. Any of them. The reason is simple: we can’t identify what their attitude is,” said 75-year-old Charlie Marzka of Myrtle Beach, South Carolina.

Get this from the White House:

Obama’s deputy national security adviser Ben Rhodes reacted to Trump’s call Monday on CNN, calling it “totally contrary to our values as Americans” and pointed to the Bill of Rights’ protection of freedom of religion and pointing to the “extraordinary contributions” Muslim Americans have made to the U.S.
“But it’s also contrary to our security,” Rhodes told CNN’s Wolf Blitzer on “The Situation Room.” “The fact of the matter is ISIL wants to frame this as a war between the United States and Islam, and if we look like we’re applying religious tests to who comes into this country, we’re sending a message that essentially we’re embracing that frame and that is going to make it very difficult to partner with Muslim communities here in the United States and around the world to prevent the scourge of radicalization that we should be focused on.”
Please listen carefully to the CNN reporters as they make the news which is to support Obama’s policy and use alternative arguments to challenge Trump. The facts are these, those in charge of this country are out to destroy it.  Revolution Time Folks is Here.
PLEASE ACCEPT OUR HUMBLE APOLOGY BY BEING ON A SHORT HIATUS FOR THE PAST WEEK. 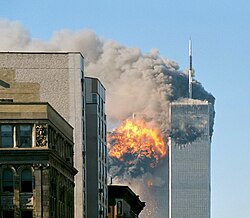