CNN was under fire for omitting the words “Muslim extremists” in their report on Tuesday about the child compound case in New Mexico.

Police found 11 missing children starved and abused in New Mexico and in court documents, they reported that the men were training the children to commit mass school shootings, as reported by The Daily Caller.

On Tuesday, Taos County Sheriff Jerry Hogrefe said that he believed the men who ran the compound, Siraj Wahhaj and Lucas Morten, are “extremist(s) of the Muslim belief.”

According to Biz Pac Review, Hogrefe reaffirmed that FBI analysts also said that the suspects are “extremists of the Muslim belief.”

Wahhaj’s father also has ties to Muslim rights groups and “was an un-indicted co-conspirator in the 1993 World Trade Center Bombing.”

When CNN first reported on the incident, they had the original police statement with the Muslim extremist phrase included. However, they decided to delete the phrase later on, with no editor’s note to explain that they had deleted the “Muslim” reference.

It didn’t take long for people to notice the change in CNN’s report.

HOW DID THIS SCUM GET INTO AMERICA? – MUST BE OBAMA’S JIHADIST RELATIVES 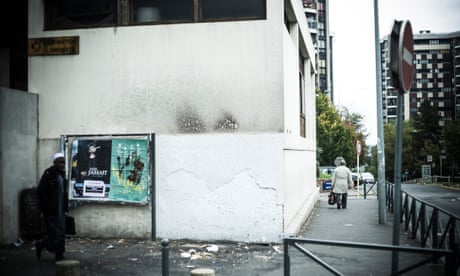 What could possibly go wrong? Let’s let Hillary tell us.

The Washington Examiner reported last week that “at 42.4 million, there are now more immigrants, legal and illegal, in America than ever before, fueled by a massive flood from Muslim nations….And while the doors remain open on the U.S.-Mexico border, the biggest percentage increases in immigration are all from largely Muslim nations.” What could possibly go wrong? Hillary Clinton knows, as she revealed in a 2013 email that makes her current public position on immigration absolutely inexplicable.
The Examiner added that according to Steven A. Camarota and Karen Zeigler of the Center for Immigration Studies: “The sending countries with the largest percentage increases in immigrants living in the United States from 2010 to 2014 were Saudi Arabia (up 93 percent), Bangladesh (up 37 percent), Iraq (up 36 percent), Egypt (up 25 percent), and Pakistan, India, and Ethiopia (each up 24 percent).”
Hillary Clinton, despite her determination to increase the number of Syrian refugees entering the United States by 550%, knows very well the risks involved in this massive influx of Muslim immigrants, and in her scheme to increase their number even more.The Daily Caller reported Monday that “in a private 2013 speech, Hillary Clinton worried about the risk of ‘jihadists’ entering Jordan with ‘legitimate refugees’ because ‘they can’t possibly vet all those refugees.’”
Clinton said in a speech before the Jewish United Fund Of Metropolitan Chicago: “So I think you’re right to have gone to the places that you visited because there’s a discussion going on now across the region to try to see where there might be common ground to deal with the threat posed by extremism, and particularly with Syria, which has everyone quite worried, Jordan because it’s on their border and they have hundreds of thousands of refugees and they can’t possibly vet all those refugees. So they don’t know if, you know, jihadists are coming in along with legitimate refugees. Turkey for the same reason.”
Clinton vowed during her second presidential debate with Donald Trump: “I will not let anyone into our country that I think poses a risk to us.” So she apparently believes that while Jordan and Turkey cannot vet the refugees and winnow out the jihadis from among peaceful Muslims, the United States government under a Hillary Clinton administration will be able to do so.
This is an extraordinary claim: two Muslim nations are unable to distinguish jihadis from peaceful Muslims, but a non-Muslim nation will be able to do so? Hillary Clinton could only advance such a proposition in a world in which non-Muslim spokesmen such as John Kerry, David Cameron and Pope Francis pronounce confidently and authoritatively on the nature of Islam, blithely contradicting Islamic law and theological consensus, as well as the closely-argued Qur’anic exegeses of numerous jihad leaders, in telling us that Islam is a religion of peace that rejects every form of violence. Clinton herself has declared: “Islam is not our adversary. Muslims are peaceful and tolerant people and have nothing whatsoever to do with terrorism.”
Since she is so sure that she knows all about Islam and Muslims, Clinton is doubtless sure that she will be able to ensure that U.S. immigration and refugee authorities “will not let anyone into our country that I think poses a risk to us.” Yet when she makes statements so divorced from reality as her claim that Muslims “have nothing whatsoever to do with terrorism,” she doesn’t exactly inspire confidence that those whom she thinks pose a risk to us will be those who actually do pose a risk to us.
Even worse, when as far back as three years ago, she indicated that she had some idea of the difficulty even for Muslim countries to vet the refugees properly, her advocacy of a steep increase in Muslim immigration is, at very least, astonishingly irresponsible. Her position appears to be based on a toxic combination of willful ignorance and hubris – toxic not for her presidential chances, but for the possibility that a Hillary Clinton presidency would be anything other than an unmitigated disaster for the United States.
Robert Spencer is the director of Jihad Watch and author of the New York Times bestsellers The Politically Incorrect Guide to Islam (and the Crusades) and The Truth About Muhammad. His latest book is The Complete Infidel’s Guide to Iran. Follow him on Twitter here. Like him on Facebook here.

President Obama, there is no denying it, is the worst President who ever sat in the White House. Every calculated step he took was meant to take America down. Trying to make friends with the rogue Iranians, lip kissing the Castros, sucking up to Vlad Putin and hip hugging Hugo Chavez were overt indications of Obama’s plan to destroy America from the beginning.

Those are our mortal enemies, but what did Obama do or not do for our friends, Israel is constantly bombarded with Obama/Kerry face slaps, Egypt, what can we say, Obama is a Muslim Brother of the Hood and accordingly General Al-Sisi has no place as the savior of the Nile. We can imagine what ISIS would do to the Pyramids; p’fff gone in a suicide bombers second.

Here at home it is worse, the Ford Hood killer/murderer is still alive; hang the bastard, stone him to death Saudi Arabian style. Islamic violence is ingrained from birth, Islamic terrorism is a genetic defect which needs to be eliminated; like a cancer metastasising at will, the terrorist contemplates new methods by the day. They thought the Neo-Cons were bad, but Obama is much worse and Hillary, don’t even go there. A liar by day, a cheat by night. Running for President is an affront to America.

And just a day ago the White House scratched, deleted, redacted President Hollande describing the the ISIS led Jihadists who are wrecking havoc across Europe as “Islamic Terrorism.”  The excuse, a “video malfunction.” America, these are liars who run our government, blatant two face liars. Do not think Clinton will be any different, she will continue with Obama’s agenda.

The White House website has censored a video of French Pres. Francois Hollande saying that “Islamist terrorism” is at the “roots of terrorism.”

The White House briefly pulled video of a press event on terrorism with Pres. Obama, and when it reappeared on the WhiteHouse.gov website and YouTube, the audio of Hollande’s translator goes silent, beginning with the words “Islamist terrorism,” then begins again at the end of his sentence.