There is no need to rehash Obama’s past comments concerning White attacks against Blacks. Beside Eric Holder, then the attorney general, who failed to indict “The New Black Panther Party“ for harassing voters at a polling station. Obama, weighed in time and time again with his biased comments which were surreptitiously meant to inflame the Black community. The Trayvon Martin incident proved to be the highlight of Obama’s inflammatory rhetoric. 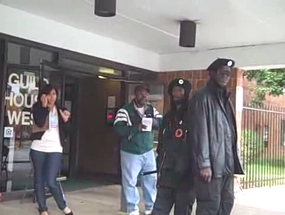 On the night of February 26, 2012, in Sanford, Florida, United States, George Zimmerman fatally shot Trayvon Martin, a 17-year-old African American high school student. Zimmerman, a 28-year-old mixed race Hispanic man, was the neighborhood watch coordinator for his gated community where Martin was visiting his relatives at the time of the shooting. Zimmerman shot Martin, who was unarmed, during an altercation between the two.

Zimmerman was charged with Martin’s murder but acquitted at trial on self-defense grounds. The incident was reviewed by the Department of Justice for potential civil rights violations, but no additional charges were filed, citing insufficient evidence.

Obama’s comments on the incident: “You know, when Trayvon Martin was first shot I said that this could have been my son.  Another way of saying that is Trayvon Martin could have been me 35 years ago.  And when you think about why, in the African American community at least, there’s a lot of pain around what happened here, I think it’s important to recognize that the African American community is looking at this issue through a set of experiences and a history that doesn’t go away.

Running through Obama’s comments one sees the innuendo. This is a strategy that he employs in order to lessen the impact of his own internal biases and hate for America. The double speak is not easy to digest for the true patriot because of the hidden racist script which brings up the race card time and time again. This is what Holder and Obama set out to do. Empower the Black Community with words that turn into action.

Note that the majority of Blacks, if they had their say, do not agree with Obama. But they are prohibited from speaking out for fear of retribution. America today has seen the evolution of the Black Community into the main stream. Those who did not evolve into the mainstream way of thinking and resorted to violence, drugs and delinquency are a literal Black eye on those who succeeded in America. Detroit, the quintessential example, the place where 700,000 individuals moved from the motor city to the suburbs; most of them Black. They fled the sewer pit of drugs, violence and gangbangers. Note that the Democrats still treat the Blacks as if they were slaves picking cotton and cane.

Like Antifa, Black extremists are now a growing threat. They to have been impregnated with the socialist virus; an incurable disease know to be the worst of all. The Antifa community resorts to violence in all respects; reminiscent of the Puerto Rican Nationalist bombers seeking statehood.

Four men were killed and 43 persons were injured on January 25, 1975 when a dynamite powered fragmentation bomb, reportedly planted by an underground Puerto Rican group, exploded and spewed nails and other shrapnel through historic Fraunces Tavern and an exclusive dining club in the Wall Street district.

Deafened by the blast and covered with plaster dust and other debris from fallen walls and ceilings, most of the survivors staggered out to meet other casualties – passersby hurt by flying glass or by the concussion of the explosion.

Even as the dazed and screaming victims, one of them with an arm torn off, were being carried away, the FALN – Fuerzas Armadas de Liberacion Nacional Puertoriquena (Armed Forces of Puerto Rican National Liberation) – telephoned the Associated Press and gloated that one of its agents had planted the explosive device.

Our message is to be aware of the threat we face; underground extremists planning their next step. ISIS is small potatoes compared to the ANTIFA threat. Like the gangs MS-13 has spawned, ANTIFA is slowly recruiting members in all fifty states.

“The people against terrorism, and tyranny in their community is not a civil war. When you are speaking about civil war, you are talking about a country fighting against a country. This is oppressed people fighting against a racist, white supremacist police system. Which is meant to oppress a certain group of people. More than likely black people and poor people around the country.”

“What you see is people lashing out and fighting against the system. As it is said in the Second Amendment, you know. So this is not new. The people in this country have always defended themselves against tyranny. So I can’t liken this to a civil war. No it’s not. Is it a war? Yes, it is. It’s a war against black people because we’re the ones being murdered. We’re the ones being killed. So there’s been a war against us. But is it a civil war? I can’t say that that’s the case.”

However, instead of Omowale recognizing the real problem, he is only escalating a skin color war, not a war against tyranny

The shooting or armed suspects that took place in Milwaukee over the weekend resulted in several riots. However, the rioting is happening due to lack of knowledge and lack of justice. Even Omowale acknowledged that his knowledge was limited, but still pushed the narrative that the incident was “basically the same old, same old that is happening around the country. Black men are being murdered.”

So, there you have it from the racist Black Panthers leader. He doesn’t have enough information to determine what happened or why, but hey, everyone is after the black man. I would laugh if the man and his ideology were not so serious.

Aaron Klein, who interviewed Omowale, read to him a description of the incident from theNew York Times.

The violence erupted after an officer killed a man who the police said was armed with a semiautomatic handgun and who fled after a traffic stop.

The police said two uniformed officers stopped two people in a car at about 3:30 p.m. on Saturday. The police did not provide details on why the car was stopped.

Both occupants ran from the car. During the pursuit, Mr. Barrett said, an officer ordered the man to drop his gun and fired when he did not, striking the man in the chest and an arm. He said the gun held 23 rounds.

The gunman, described by the police as a 23-year-old Milwaukee man with a lengthy arrest record, died at the scene.

“You say the man was running. If he’s running, then most definitely he is running in the opposite direction away from the police officer,” Omowale replied. “Now could have gotten shot in the chest? Now that is possible because he could have turned in which direction he needed to go.”

“With a gun, don’t forget,” Klein reponded. “And the police did tell him to put the gun down.”

“You are only telling me the police’s version,” Omowale retorted. “See the other man is dead. He can’t give his version.”

“We have seen so many times where police officers have made statements but yet cameras have come out to catch them in their lies,” Omowale added. “So it’s gotten to the point where America does not believe when a police officer says that someone turned toward them with a gun. And again having a gun does not justify killing someone.”

“This incident just took place last night,” he concluded. “We haven’t really had a chance to sit down and discuss the issue, to organize on it. Again, I remind you I just found out about it basically at the same time the rest of America found out about it. We have Black Panthers, the People’s New Black Panthers, Huey P. Newton Gun Club, based around the country. So I imagine there will be some type of Panther presence in Milwaukee if there is not already.”

Reposted with Permission from Freedom Outpost.