Primaries yesterday in the Nutmeg state are indicative of the underlying rumblings of the populace. The Republican candidate for governor was soundly beaten to a pulp; his third try was not a charm. His shoot down was partly caused by CCDL, the pro gun organization Congratulations to Bob Stefanowski and his running mate Joe Markley.Markley, a 61-year-old state senator from Southington, is anti-abortion and opposed to new gun control laws.

The former UBS Investment Bank chief financial officer skipped the state GOP convention in May and most of the party-organized debates earlier this year.

This team will go on to win in November against a true and tried Democrat, Ned Lamont, who by the way is from the same mold as the most hated governor in the United States, Dan Malloy. Malloy has brought the state to near bankruptcy – on purpose we must admit – and he has done a great job. One salient observation here is this, Democrat cities of Hartford, Waterbury and New Haven will have a wake-up call in November. The hand writing is on the wall – they will have to tow their own line. Once the Republicans take control of the House and Senate, handouts to these bastions of illegality and socialist leaches will fall quicker than the dizzy Hillary Clinton. There won’t be many smiley faces come next budget year. You can bet on that. 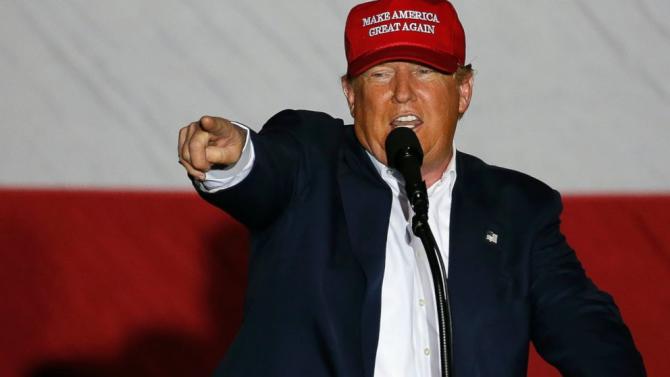 enlisted him to send out a message. Romney is a looser, a light weight, the progenitor of Obamacare; why would anyone take his advice or give what he says any serious consideration? Tonight at 11.30 p.m. eastern time, Romney will deliver a speech supposedly on the state of the 2016 race for the presidency. We do not know what he will say but speculation is rampant. There is speculation and a real possibility that Romney will jump into fray. Wow, that will be a bombshell. However, we would not count on it. If he did, the Republicans would be assured of losing not only the Presidency, but the Senate and House. Trump voters will sit out the election. There is another scenario, Mike Bloomberg of Big Apple fame is also considering making a move.

We the People are sick and tired of inside politics and for this very reason the Republican Old Boys Network is at War with Trump and his supporters. Imagine the dirt they are hiding, the deals that they have made, the bribes taken, etc. Trump will no doubt unleash his Justice Department in one fell swoop. No one would be immune; the likelihood of many indictments is sending the fear into the Republican insiders.

Currently the media is out to get Trump no matter what the cost. Don’t think for a moment they are doing this for journalistic purposes. They are paid lackeys spent on stopping Trump’s campaign before it is too late. Questions need to be raised why they are doing this and for what reason.

Ted Cruz continues lobbing missiles at The Donald. Trump threatens to sue Cruz if they are not retracted. Trump believes that Cruz is not a “natural born citizen.” This has not been adjudicated, but needs to be. Any sensible person would question Cruz’s right to run. The point here being that there are long term implications that have not been addressed; and they must be.

Article II Section One says, “No Person except a natural born Citizen, or a Citizen of the United States, at the time of the Adoption of this Constitution, shall be eligible to the Office of President; neither shall any Person be eligible to that Office who shall not have attained to the Age of thirty five Years, and been fourteen Years a Resident within the United States.

Iowa’s Democratic Party said early Tuesday that former Secretary of State Hillary Clinton had gained an insurmountable lead over Vermont Sen. Bernie Sanders in the state’s caucuses, but stopped short of officially declaring her the winner — while Texas Sen. Ted Cruz scored a decisive win over Donald Trump in the Republican caucuses, with Florida Sen. Marco Rubio a close third.

The Clinton campaign quickly issued a statement declaring victory, saying, “Statistically, there is no outstanding information that could change the results and no way that Senator Sanders can overcome Secretary Clinton’s advantage.” However, a number of news outlets, including Fox News, did not immediately call the contest for the former secretary of state.

In at least three precincts, the Democratic outcome was so close that party officials ordered a coin toss to determine which candidate should receive an extra county convention delegate, a longstanding tiebreaking method. The Des Moines Register reported that Clinton won all three coin flips at precincts in Des Moines, Davenport, and Ames.

Despite his apparent defeat, the result reflected a strong showing for Sanders, who had trailed Clinton by nearly 30 points over the summer. Sanders said the results sent a “profound message” to the media and political establishment.

It’s all over for Madam Clinton, not able to break the back of the old codger Sanders, she has taken her last gasp. The remaining primary states see what happened here, Clinton begging Iowans to vote for her, like a one legged Mexican in Tijuana sitting on the sidewalk hawking pencils. Clinton has peaked, going down like her ignominious career, in flames.

In a close race with Sanders, the Hillary campaign seemed a bit shell-shocked as a winner has yet to be declared in Iowa.

As Tom Harkin was warming up the crowd and getting ready for speeches from Bill and Chelsea Clinton, he seemed shocked to see Hillary take the stage.

Hillary marched up to the podium with Bill and Chelsea and was only one to speak before leaving the Iowa stage. Hillary never declares victory – only saying she was “breathing a big sigh of relief,” as if she won.

The Clintons skipped a rope line of screaming fans and scampered off into the night.

Neither Sanders nor Clinton have been declared the winner, but with Hillary’s poor showing, even if she noses Sanders out by one delegate, this is a defining defeat, her armour has been pierced. America knows all about the flim-flam game of Hillary Rodham Clinton. Hopefully, after New Hampshire and South Carolina she will rest in peace. One question remains when will the FBI, put the bracelets on her.

Donald Trump is on the threshold of greatness. A 100-1 long shot, now with a sizable lead in the polls, it is obvious that he is the odds on choice of winning the nomination. With the Perry’s dropping out like flies, others can’t be far behind. Actually, those who have no chance, for instance George Pataki, Rick Santorum, Chris Christie, Jim Gilmore (who is he), Lindsay Graham, Scott Walker, Bobby Jindal, Rand Paul, Marco Rubio should see the light. For them, their ego is too big to do the right thing, but in reality they are wasting everyone’s time. So it is needless to say, but we will say it anyway, if they were elected they would be doing the same thing; wasting time.

The lame stream press is not having a field day with “The Donald” in the race; every faux  pas is either brushed off by the voters or fails to get transaction from the inkers. The Republican machine is very much in trouble, they see Trump as an outsider who will shake up the Party to its core. Currently they are bringing together party stalwarts, ostensibly to stop Trump in his tracks. Not happening!

Governor Bobby Jindal has pulled the Democratic card of personal demonization calling Trump every name in the book. The Cajun State Governor pulled no punches against Donald Trump on Thursday, raining down a deluge of criticisms on the current Republican leader in the polls, calling him “a narcissist,” “an egomaniac,” “non-serious,” “substance-free,” “insecure,” “weak,” “shallow,” “unstable,” among other knocks.

Not a smart move by other Republicans who feel that the quickest way to save their campaign is to blast Trumps. This is very foolish from two stand points. It does not sit well with voters and secondly it shows how low the Republican candidates will go to win the nomination. The closer we get to the primaries expect more name calling. Bundlers, long time political operatives, maga donors who have skin in the game are working behind the scenes to stop Trump. For example Bush has raised over $100,000,000, think of the influence that will buy if elected.

Click here to read about the SRO Dallas sellout.