Ben Carson is coming in for a pit stop with only 18 gallons left in the tank; Cruz and Rubio are inhaling exhaust gases from both of them. But most of all “The Donald” has given both of them the pipe, their 14 gallons won’t last much longer.

You all know that the Cajun Governor from Louisiana, Bobby Jindal, took a hard look at the numbers and decided to pack it in. Our take is that he had enough of the red stick. We expect more of the “wannabees” to hit the skids soon – we wonder why it has not happened already; an old Southern Gentlemen once said, “ain’t got the sense God gave a rock” guess that explains why they are still in it.

As it stands now, we expect Donald Trump to be given the nuclear code come January 2017. 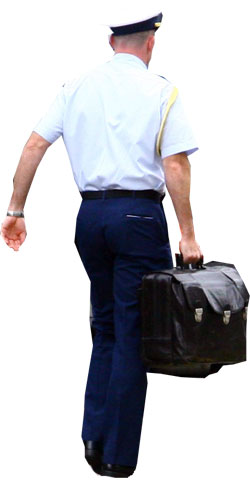 In the past, a military officer carrying a special briefcase (nicknamed “The Football”) had to accompany the President wherever he went. The briefcase carried the secret daily codes needed to launch a nuclear attack along with a list of targets and attack scenarios.

To launch an attack, the President would need to confirm his identity using a code printed on a plastic card (nicknamed “the biscuit”), which the President was supposed to always have in his possession. With today’s technology and internet availability, the “football” and the “biscuit” have become obsolete.

As a supreme show of confidence in the new White House Cybersecurity Plan and an ongoing commitment to openness and transparency, the Daily Nuclear Codes are uploaded to this White House website giving the President immediate access to these vital codes wherever he is.

Because these Top Secret codes are protected through the use of a retinal scan, they can only be accessed by President Obama. This online nuclear launch capability along with theCyber Warfare Command and Control System give President Obama the tools he needs to keep our nation safe.