Remember Japan, once the envy of the capitalistic world, today a bag of bones shrinking faster than the Fukushima reactor. 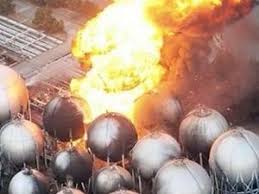 What happened to their state controlled, keiretsu cabals is the question; the economists don’t have an answer, but it is plain as the light of day; they hobbled, like a cripple from the dragon.

After the implosion of their stock market twenty plus years ago the government stepped in large to alleviate the pain, dropping interest rates in a vain attempt to spur the economy; sounds like our dim-wits here took the same approach. However, things are so bad in Japan right now, the people are afraid to spend their money.

This has caused the government to step into the fray once again. This time they have gone over board with the Mother of all policies. The Bank of Japan (BOJ) is charging banks who make deposits in the BOJ, interest. In other words banks that don’t loan out money will be penalized by paying the BOJ a fee (interest) for keeping or depositing their surplus funds in the bank. This is a way of telling the banks to loan out money to anyone who needs it, good credit or no credit.

Does anyone imagine what a policy like that would cause in the United States. Say you had a $100,000 in your bank account and the government forced the bank holding your funds to charge you, say 5% a year, for keeping the money in the bank. We know what will happen then, the deposit will be withdrawn and the depositor would convert the paper into GOLD.

You say it can’t happen here! Wait, we are living in a funny, fluid and ….ed up world. Thank you economist, thank you Obama, thank you Bernake, thank you Yellin. Thank you dumb politicians who have stolen the wealth of the middle class. You are personas non-gratae. THE REVOLUTION IS AT HAND.

Since 1971 when Nixon closed the gold window, governments have been free to print fiat money and spend at will. Why not, no one will stop them. Secondly this keeps the politicians in power. Without handouts to one constituency or another no one would vote for an incumbent.  What is confusing to us is why do governments bring up the gold subject so often? This does not make sense. This action is similar to digging up an old body looking at for a moment or two then covering it over until next time.

The main reason governments bring up the dead is because they fear them and so it is with gold. Suppose gold never existed, what would prevent governments for printing as much wallpaper as their pretty heart desires? Nada! Like a governor on a car, the shadow of gold keeps the thief within certain parameters.  Gold is the invisible hand restraining governments from going off the deep end as did Weimar in the 1920’s.

Picture of a 5 trillion dollar note.

When government loses their credibility, a REVOLUTION is ready to fill the gap.

The old saying went like this, “when the United States sneezes, the world catches a cold.” The world is now topsy turvy, today the world looks at China not the United States for the sign of a sneeze. What appears to be the onset of more than a whiff of a sneeze in China has caught the attention of the developed and undeveloped world. First sign of problems were the ghost cities, then the unrestrained growth forecasts then went thud, then came the everyday speculators who went whole hog buying stocks in a frenzy. Then came the recent missed economic forecasts which sent up a red flag. Then out of nowhere the China crash, stocks imploded in a flash. Instead of letting the free market take care of the problem, the government decided to be the purchaser of last resort. But they were not through, China saw signs of influenza in the distance and they reacted by debasing their currency 2%. This was their Nixon moment. This has caused turmoil in the Asia currency markets. Others soon followed not wanting to miss the sampan.

Back to gold for a moment. With the world economy in the tank, oil sliding to new lows, commodities rusting in warehouses, inflation negative in many countries; in fact some banks charge their customers for making a deposit – give them $100 and they will give you $99 a year later. Wow, that is a new twist.  With all of that being said isn’t it logical to see gold at $20 or $35 like it was in 1933? But there must be something buried out yonder, it is the call of the wild that implores the initiated to take hold, something is up while the world economies are going down.

Something certainly is up. Currencies being debased in a frenzy. China, last week spent $500 billion. With reserves now at $3.5 billion, if this continues in another seven weeks they will be out of cash. And our old friend the Chavismo state of Venezuela, we heard that they are on the verge of economic collapse, riots breaking out in city after city. The calls for Brazilian President Rousseff to quit are becoming louder by the day. And all sorts of stuff, like bombs exploding in country after country; makes one wonder what is will happen next. Wack a mole world keeps us on edge, particularly with many governments in the hands of liars, ours included.  Stay tuned for more elephants dropping by. No wonder gold is still in the $1100 range.