From the Wall Street Journal

Hillary Clinton touts her tenure as secretary of state as a time of hardheaded realism and “commercial diplomacy” that advanced American national and commercial interests. But her handling of a major technology transfer initiative at the heart of Washington’s effort to “reset” relations with Russia raises serious questions about her record. Far from enhancing American national interests, Mrs. Clinton’s efforts in this area may have substantially undermined U.S. national security.

Consider Skolkovo, an “innovation city” of 30,000 people on the outskirts of Moscow, billed as Russia’s version of Silicon Valley—and a core piece of Mrs. Clinton’s quarterbacking of the Russian reset.

Following his 2009 visit to Moscow, President Obama announced the creation of the U.S.-Russia Bilateral Presidential Commission. Mrs. Clinton as secretary of state directed the American side, and Foreign Minister Sergei Lavrov represented the Russians. The stated goal at the time: “identifying areas of cooperation and pursuing joint projects and actions that strengthen strategic stability, international security, economic well-being, and the development of ties between the Russian and American people.”

What could possibly go wrong?

Hillary’s Strange Security Adviser
The Clinton Business Model . . .
Putin and Those Democratic Emails
Soon, dozens of U.S. tech firms, including top Clinton Foundation donors like Google, Intel and Cisco, made major financial contributions to Skolkovo, with Cisco committing a cool $1 billion. In May 2010, the State Department facilitated a Moscow visit by 22 of the biggest names in U.S. venture capital—and weeks later the first memorandums of understanding were signed by Skolkovo and American companies.
By 2012 the vice president of the Skolkovo Foundation, Conor Lenihan—who had previously partnered with the Clinton Foundation—recorded that Skolkovo had assembled 28 Russian, American and European “Key Partners.” Of the 28 “partners,” 17, or 60%, have made financial commitments to the Clinton Foundation, totaling tens of millions of dollars, or sponsored speeches by Bill Clinton.

Amid all the sloshing of Russia rubles and American dollars, however, the state-of-the-art technological research coming out of Skolkovo raised alarms among U.S. military experts and federal law-enforcement officials. Research conducted in 2012 on Skolkovo by the U.S. Army Foreign Military Studies Program at Fort Leavenworth declared that the purpose of Skolkovo was to serve as a “vehicle for world-wide technology transfer to Russia in the areas of information technology, biomedicine, energy, satellite and space technology, and nuclear technology.”

Moreover, the report said: “the Skolkovo Foundation has, in fact, been involved in defense-related activities since December 2011, when it approved the first weapons-related project—the development of a hypersonic cruise missile engine. . . . Not all of the center’s efforts are civilian in nature.”

Technology can have multiple uses—civilian and military. But in 2014 the Boston Business Journal ran an op-ed placed by the FBI, and noted that the agency had sent warnings to technology and other companies approached by Russian venture-capital firms. The op-ed—under the byline of Lucia Ziobro, an assistant special agent at the FBI’s Boston office—said that “The FBI believes the true motives of the Russian partners, who are often funded by their government, is to gain access to classified, sensitive, and emerging technology from the companies.”

Ms. Ziobro also wrote that “The [Skolkovo] foundation may be a means for the Russian government to access our nation’s sensitive or classified research development facilities and dual-use technologies with military and commercial application.”

To anyone who was paying attention, the FBI’s warnings should have come as little surprise. A State Department cable sent to then-Secretary Clinton (and obtained via WikiLeaks) mentioned possible “dual use and export control concerns” related to research and development technology ventures with Moscow. And in its own promotional literature Skolkovo heralded the success of its development of the Atlant hybrid airship.

“Particularly noteworthy is Atlant’s ability to deliver military cargoes,” boasts the Made in Skolkovo publication: “The introduction of this unique vehicle is fully consistent with the concept of creating a mobile army and opens up new possibilities for mobile use of the means of radar surveillance, air and missile defense, and delivery of airborne troops.”

Even if it could be proven that these tens of millions of dollars in Clinton Foundation donations by Skolkovo’s key partners played no role in the Clinton State Department’s missing or ignoring obvious red flags about the Russian enterprise, the perception would still be problematic. (Neither the Clinton campaign nor the Clinton Foundation responded to requests for comment.) What is known is that the State Department recruited and facilitated the commitment of billions of American dollars in the creation of a Russian “Silicon Valley” whose technological innovations include Russian hypersonic cruise-missile engines, radar surveillance equipment, and vehicles capable of delivering airborne Russian troops.

Mr. Schweizer is president of the Government Accountability Institute and the author of “ Clinton Cash.” A larger report on the subject of this article is available at Cronyism.com.

What is more egregious is the Clinton response to Chris Wallace’s interview. She said that the FBI chief honcho gave her a clean bill of health. Lies keep pouring out of her mouth, verbal diarrhea from a killer. None other than the Washington Post to her to task. When they were through Hillary Clinton was eviscerated like a skinned cat.

CNN)The Washington Post’s Fact Checkers awarded Hillary Clinton four “Pinocchios” — their worst rating — after the former Secretary of State defended her use of a private email server in an interview Sunday by claiming the FBI director said she had been “truthful” about the subject.

In the interview on Fox News Sunday, Clinton had defended her use of a private email server, saying “[FBI Director James Comey] said my answers were truthful, and what I’ve said is consistent with what I have told the American people, that there were decisions discussed and made to classify retroactively certain of the emails.”
But the Fact Checkers at the Washington Post weren’t buying it.
“Clinton is cherry-picking statements by Comey to preserve her narrative about the unusual setup of a private email server. This allows her to skate past the more disturbing findings of the FBI investigation,” they wrote.
Parsing Clinton’s public statements and comparing them to Comey’s congressional testimony, the Post’s Fact Checkers determined that while Clinton’s answers to the FBI during its investigation may have been truthful, that description couldn’t reasonably be extended to everything she’s said in public — parts of which apparently contradict Comey’s description of the server.
As the Post’s Fact Checkers explained, “As we have seen repeatedly in Clinton’s explanations of the email controversy, she relies on excessively technical and legalistic answers to explain her actions. While Comey did say there was no evidence she lied to the FBI, that is not the same as saying she told the truth to the American public — which was the point of [Fox News Sunday host Chris Wallace’s] question. Comey has repeatedly not taken a stand on her public statements.”
The Post continued, “Although Comey did say many emails were retroactively classified, he also said that there were some emails that were already classified that should not have been sent on an unclassified, private server. That’s the uncomfortable truth that Clinton has trouble admitting.”
Clinton campaign spokesperson Brian Fallon responded to the Washington Post’s verdict on Monday in an interview on MSNBC.
“I think that the question she got yesterday was sort of suggesting that she had misrepresented things to the American people over the last several months,” Fallon said,
“And what she attempted to indicate in her response was that Director Comey was very clear when he was asked in the hearing before Congress last month about the nature of the answers that she gave in her interview to the Justice Department. And Director Comey’s response was quite clear, that he had no reason to believe anything that she ever said to the Justice Department was at all untruthful, and what she was indicating in that interview to Chris Wallace was what she said to those Justice Department interviewers was entirely consistent with what she has said to the public for the last several months, and the many questions we’ve answered on this issue.”

Naomi Lim contributed to this story. 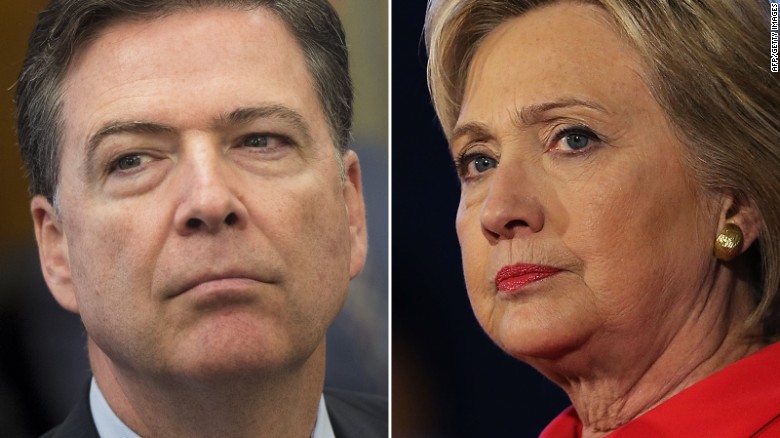