The China syndrome is for real. There are no two ways about it. And it is going to get worse.

The China Syndrome, the worry that an American nuclear plant meltdown could penetrate the earth’s crust finally ending up in China. A worry to this day. Economically we have seen the reverse, a China economic meltdown, now winding its way through oceans leaving economic woe and devastation in its path. 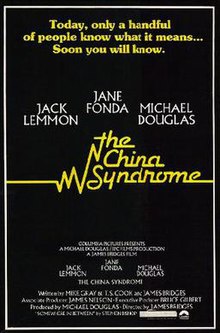 The bottom line here is simple. Over the past twenty years China has accumulated a couple of trillion dollars of our money; shipping slave produced goods to the United States in return they purchased foreign companies worldwide.

Their bounty was spent gobbling up companies across the global board. These included natural resources, manufacturing, biotech, electronic and software. They are today’s elephant in the economic room. China catches a cold, the world catches the flu.

They, that is Corporate China, has one goal in mind; to takeover the world. They are ahead of the plan they set out forty years ago. They have infiltrated country after country, threatened neighbors, broken into computer networks and stolen state secrets. However, our government and corporations have been their lackey. Doing business in China was not a walk in the park, but one kept on a leash; companies weren’t allowed to operate in China without a Chinese partner. This paved the way for them to learn, steal and develop their industries. If they couldn’t hook up with a partner, their corporations which by the way were government owned went on a shopping spree buying foreign entities; most specialized in technology, oil, minerals and finance.

Chinese competition is fierce, no company is safe from their armies of technocrats. Their domain in cellphones alone is worldwide. Their chip companies are to be reckoned with. Their fledgling airline, automobile and defense industries are now scaling up to be a force in the years ahead. America has sold out for pennies only to find out that they now will face the Frankenstein they born. This is not something to laugh at because the ramp up has just begun.

In future years we will face them on land, sea and air. Without the technical know-how we will be in second place. The time to act is now, not tomorrow, not a decade or two from now. We bring you the Spratly Islands as an example of Chinese conquest where no adversary dear threaten them. When dealing with tyrants force is the only language they understand.