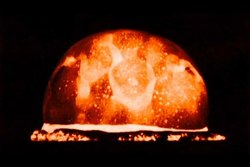 The Liberal-Progressive agenda got its start many moons ago. With the appointment of Supreme Court Justices with the liberal bent the road to Armageddon was began to take shape. Mind you this did not happen over night, it was a slow process similar to Chinese water torture. Decisions were beginning to be decided, not based on the Constitution, but based on political expediency. What politicians could not do by legislations was done by the Judge who legislated from the bench. We have seen that in the most recent decisions by the court. A most startling example is the requirement by North Carolina that a first time voter present a photo ID’s before voting.

The 4th Circuit Court of Appeals has ruled against North Carolina in this case. The State has asked for a stay of the ruling. Barely three weeks after a federal appeals court issued a blistering ruling overturning a North Carolina voter registration law that it called a deliberate attempt to suppress the black vote, Republicans across the state are fighting back. What set the liberals off was the early voting period being reduced from (Click)17 to 10 days. This they said affected people of color and restricted their participation in elections.

However, this is only one instant of a Liberal Court dictating how far a state can go in setting voting requirements. It is beyond anyone’s imagination that voters can’t produce the required photo IDs. For instance, those citizens who will be voting no long in advance what the requirements are. For a first time 18 year old voter and an elderly person who never cast a vote procuring the required identification should not be a hardship. Both potential voters had at a minimum one year to secure the proper documents. So where is the hardship?

It doesn’t end here, recent comments by two of the most flaming liberals on the Supreme Court gives pause. Bader Ginsburg and Sotomayor went rogue, beyond the pale in their comments. Once again indicating their progressive agenda. How they can be impartial in rendering a decision is highly suspect.

In Ginsberg’s own words:

“He is a faker,” she said of the presumptive Republican presidential nominee, going point by point, as if presenting a legal brief. “He has no consistency about him. He says whatever comes into his head at the moment. He really has an ego. … How has he gotten away with not turning over his tax returns? The press seems to be very gentle with him on that.” 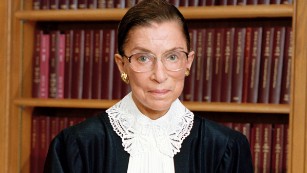 Ruth Bader Ginsburg’s slam of Donald Trump  The Legend in Her Own Mind is mentally incompetent to sit on the bench; a biased mind formed at birth. Biased beyond belief for a sitting Judge to manifest personal comments regarding individual politicians. What gets our goat is she wonders how Trump got away with not turning over his tax returns; the irony here is that she didn’t mention Hillary Clinton not turning over all of her emails. Nor did she mention the pass on Obama back in 2008.
Turning to the Latino on the bench, Sotomayor, another anti white bomb thrower if there was ever on. Her biases were also embedded at birth.

The Supreme Court issued an extraordinarily disappointing 5–3 decision on Monday, June 20, 2016 in Utah v. Strieff, a Fourth Amendment case about police searches. Yet the terrible ruling came with a bright spot: In a powerful and groundbreaking dissent, Justice Sonia Sotomayor lambasted the majority for its heartless and illogical rejection of Fourth Amendment freedoms, invoking the Justice Department’s Ferguson report, echoing Black Lives Matter, and even citing Ta-Nehisi Coates.

Mark Joseph Stern is a writer forSlate. He covers the law and LGBTQ issues.

Strieff itself involves a fairly simple question of constitutional law. Typically, when police illegally stop an individual on the street without reasonable suspicion, any fruits of that stop—such as the discovery of illegal drugs—must be suppressed in court, because the stop was “unreasonable seizure” under the Fourth Amendment. Strieff gave the justices an opportunity to affirm this constitutional rule. But instead, Justice Stephen Breyer joined the court’s four conservatives to add a huge loophole to that long-established doctrine. In an opinion by Justice Clarence Thomas, the court found that if an officer illegally stops an individual then discovers an arrest warrant—even for an incredibly minor crime, like a traffic violation—the stop is legitimized, and any evidence seized can be used in court. The only restriction is when an officer engages in “flagrant police misconduct,” which the decision declines to define.

Sotomayor, who dominated oral arguments in Strieff, refused to let the majority get away with this Fourth Amendment diminution without a fight. In a stunning dissent, Sotomayor explains the startling breadth of the court’s decision. “This case allows the police to stop you on the street, demand your identification, and check it for outstanding traffic warrants—even if you are doing nothing wrong,” Sotomayor writes, in a dissent joined in part by Justice Ruth Bader Ginsburg. “If the officer discovers a warrant for a fine you forgot to pay, courts will now excuse his illegal stop and will admit into evidence anything he happens to find by searching you after arresting you on the warrant.”

“Most striking about the Court’s opinion,” Sotomayor notes “is its insistence that the event here was ‘isolated,’ with ‘no indication that this unlawful stop was part of any systemic or recurrent police misconduct.’ ” But in truth, “nothing about this case is isolated.” Sotomayor then dives into the widespread police misconduct that has dominated headlines for several years, focusing on the Department of Justice’s Ferguson report to demonstrate that “outstanding warrants are surprisingly common.”

The Department of Justice, Sotomayor writes, “recently reported that in the town of Ferguson, Missouri, with a population of 21,000, 16,000 people had outstanding warrants against them.” That means 76 percent of Ferguson residents have, under the court’s decision, effectively surrendered their Fourth Amendment right against unreasonable seizure. “In the St. Louis metropolitan area,” moreover, “officers ‘routinely’ stop people—on the street, at bus stops, or even in court—for no reason other than ‘an officer’s desire to check whether the subject had a municipal arrest warrant pending.’ ”

But Sotomayor’s bravest moment arrives when she announces that, “writing only for myself, and drawing on my professional experiences, I would add that unlawful ‘stops’ have severe consequences much greater than the inconvenience suggested by the name.” (Sotomayor cites previous opinions, citations that I’ve excised for clarity.)

Sotomayor forgets to address why the high percentage of existing warrants of those who live in the Black and Latino community. She fails to address that 75% of children are born out of wedlock, that there is a family breakdown due to the liberal progressive mindset that anything goes and it is “all whitey’s fault.”

“REVOLUTION IS THE ONLY SOLUTION”