“In short, the Communists (ANTIFA SOCIALSIST) everywhere support every revolutionary movement against the existing social and political order of things.

In all these movements they bring to the front, as the leading question in each, the property question, no matter what its degree of development at the time.

Finally, they labour everywhere for the union and agreement of the democratic parties of all countries.

The Communists disdain to conceal their views and aims.

They openly declare that their ends can be attained only by the forcible overthrow of all existing social conditions.

Let the ruling classes tremble at a Communistic revolution. The proletarians have nothing to lose but their chains. They have a world to win.

WORKING MEN OF ALL COUNTRIES, UNITE!” 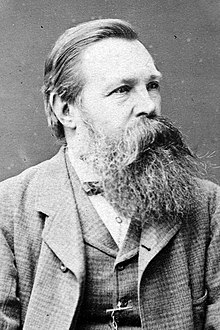 Engels founded Marxist theory together with Karl Marx .  In 1848, Engels co-authored The Communist Manifesto with Marx and also authored and co-authored (primarily with Marx) many other works.

The latest, the Pope calls greed,  “the devil’s dung.”  Guess he never heard of Gordon Gekko.

For Christians living in the United States, the majority, we hazard, respect the Ten Commandments, believe in the Constitution, worship freedom, liberty and the laws of nature, were shocked by the Pope’s terse anti capitalistic tirade while visiting Bolivia. The Latin American country is “ruled” by a ruthless dictator with a socialist bent, Evo Morales.

Many citizens have disappeared under his rule. Quoting him, “In Bolivia the gringos no longer rule, the Indians do, ” wearing a jacket with the image of Argentine revolutionary Che Guevara. 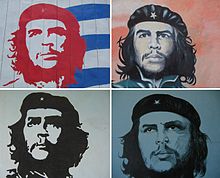 So once again we have proof that a  picture is worth a thousand words.

We were not shocked by his invective,  in your face anti-colonial hate speech is expected from the miscreant dictator who rules over a decaying rubble of a country with an imploding economy. Blaming others for your own failures is common among dictators; no where else to turn for excuses, the entrepreneur can never escape the blame of a skilled orator who gives the poor a license to kill the successful.

But what came next was astonishing, not shocking as we know from the Pope’s earlier diatribes, that he has turned the cheek and embraced the ideology of Marx and Lenin. A pure Jesuit is he. The Pope, by the way, drank some coca leaf infused tea, but  as far as we know did not chew any coca leafs 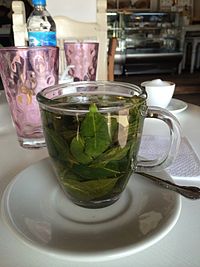 before speaking from the pulpit commanding the “globalization of hope” that would guarantee the needs of every person. And we might ask, guarantee by who? God!  We recommend that the indigenous of Bolivia continue the chewing of coca leafs and all of your dreams will come true.

So the Pope, with the skill of a failed orator, urged his audience to “say ‘no’ to an economy of exclusion and inequality.” Truly Marxist-Lenin stuff. “In favor of an economy of Christian inspiration,” then he goes off the deep end by saying, “which would guarantee everyone not only the basics of land, housing and employment, but also access to education, healthcare, new technologies, artistic and cultural manifestations, communications, sports and recreation.”

Where does the Pope think all of these things come from? Apparently, capitalism was a forbidden word in his Latin American travail. The Pope forgot to add the most important item to the list, ” dinero, dorado.  Perhaps the Pontiff forgot that these dreams of want are prevalent in capitalistic societies and they do come true. By his guarantee of them he sanctions violence in the “smash and grab thugs” that were let loose by Maduro in Venezuela. “Down with Capitalism is the Pope’s message.”

The initiated of this world would take immediate offense to the Pope’s Canonization of Hope. For those of us who live our life to the fullest endeavoring  improving our knowledge, embracing successes, embellishing the fruits of our labor we remind the Pope that countries such as Bolivia and Venezuela are mired in poverty of their own making; embracing socialism is the cause of their despair not the coca leaf elixir that lifts the spirits of the people.

An added fact, newspapers that exist must tow the socialist Morales line or they are shut down in an authoritarian minute. Tea with Morales confirmed the Pope’s philosophy of transfer the wealth.  We at the Tea Party do not know of any poor person to give one a job; we wonder if the Pope does.

Happy New Year. Since January 1, 2008, long before Rick Santelli’s rant from the floor of CBOE, the New Boston Tea Party engaged the public with their first blog entry. The question we posted then and still do is, is a “Revolution” possible? We still believe it is.

Marx’s philosophy was such that he thought it best that socialism prevail over capitalism; that is the profits of labor be distributed by the state to the people rather than kept by the capitalists. Well today we find ourselves in a similar position, but the profits are no longer being kept by the capitalists, sure some are, but it is the government (local, state, federal) that is picking the pockets of the middle class via a burdensome tax system (fees, regulations, excise) and distributing the profits to the government employee and society’s loser. This has to stop.

We are entering a new phase in 2015, Republicans control Congress. Now is the time for them to produce. The Tea Party is responsible for them taking power; for we mad it plain and simple that the past way of doing business, compromising our principles, will no longer be tolerated.  They better take note.