White voters en masse have fled the Democrat party – talk about a canary in a coal mine; now if we can get through to the Blacks.  More importantly they must recognize the threat to their communities, those  coming from the illegals who take entry level jobs. And adding insult to injury the Islamization (radicalization)  of many of their past stalwart community leaders, such as Barack Hussein Obama who follow the Quran. This is not a good sign for their aspirations, but also not a good sign for America. See previous post on Geert Wilders.

The message sent to POTUS was simple; give us what we want or we will make your life miserable for two more years. The American people have spoken; loud and clear they are telling you that business as “Harry Reid usual” is off the table. The Republicans have an agenda, you may not like it, but America is telling you to take a deep breath and suck it in.

By the way Mr. President, your Man Reid is responsible for seven or eight of your puppet Senators going down in flames. In fact, the good citizens of Illinois, we firmly believe that not all Illini are gang bangers, voted in a Republican governor. Just wondering if you got that message.

Well in any event 2015 brings in a new year. The only question remains – will you change your spots?  As far as we know which is not as much as you, it is apparent that your spots will not change, alacrity on your part is a rare commodity; we expect that you will continue  the blame game – class warfare campaign for two more years. But this seems to be out of character with past changes of the guard, even Bill Clinton saw the light and changed welfare as “we know it.”

Again, from our vantage point the American people have spoken, the message is “no more welfare, food stamps, Obamacare, free housing and to top it off, your pet peeve, allowing illegals, mostly all criminals from invading our borders. These are only starters, but as they say in baseball, the table has been set. Now it is your time Mr. President to eat.

One more thing, “politics is a blood sport and yesterday your flock spilled a whole lot; in so doing your agenda has been mortally wounded; lick your wounds Barry,  Harry Reid’s hands and mouth have been bound shut, his help is no longer available. 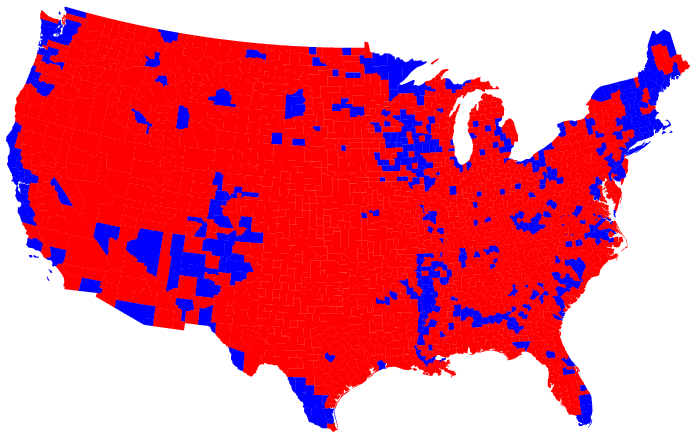 In the days ahead Obama is expected to unleash a fire storm of criticism when he gives carte blanche green cards to 11 million illegals. This is an outright  declaration of war. From Obama’s perspective, if the illegals were able to vote this year, his water carriers would not have gone down to defeat. As to the election results Obama said that many voters (illegal) sat out the election because they were not engaged. Therefore, Obama has decided to listen to the ‘no voter’ and put them in a position to elect a Democrat President in 2016.

To the Sons and Daughters of Liberty of today, “ we have seen the whites of their eyes, today is the time to raise our guns and fire our weapons, unload the chamber on the perpetrators of evil, VOTE OUT THE DEVILS OF TYRANNY once and for all.”

No matter what they say, the Democrats are liars, rapists of America and foreign agents; vermin that needs to be excreted from the earth. Every action the Obama water carriers have taken in the past six years has been a detriment to Freedom, Liberty and Justice, a destructive force like no other.

From day one of his administration Obama set sail on a course of destruction; “God Dam America” was indelibly etched into Obama’s mindset by Reverend Wright. Obama’s cadre of radicals, such as Bill Ayers became not only mentors, but they offered road maps, for instance Cloward and Piven, on how to bring our country to its knees. So far he has done a good job, the only thing he has accomplished in six years. But now it is our chance to Fire the policies of socialism, obstructionism and tyranny and reverse the damage that has been done.

Vote Patriots, this may be the last chance to save our country from the foreign devils that are so intent on imploding our way of life. They have desecrated the Constitution, our flag long enough, now is payback time. Vote out the criminals. The old saying goes like this, “if you tell a lie so many times you will start to believe it yourself.” And to a politician of the Democrat stripe, this not only goes for them, but they have indoctrinated many Americans and the news media that this is true. The latest examples are the IRS scandal and Benghazi.

For instance, the administration pushed out Susan Rice to brief the public that the terrorist attack on our Benghazi embassy was triggered by a film. Funny thing was no one saw the film or even heard of it. As the story matriculated so did the lies. Hillary Clinton, a wanna be liar in chief, then said the film was responsible for protests around the globe; not embassy specific. Again questioned about the killing of Ambassador Stevens, Clinton resorts to obfuscation when she admonishes the listeners that the attack was spontaneous and we did not have assets on the ground to neutralize the attack. Now it has come to our attention that we did have assets on the ground only one mile from the compound, but their mission was delayed by a CIA command. Who will you believe, the political distortion of the Obama administration or the men on the ground?  More to come on Fox Saturday night.

Women are always a good subject, brow beaten over and over again in every election. You heard the allegations, Republicans are against women’s health, Republicans are for paying women lower wages, Republicans have a Muslim philosophy when it comes to women preventing them from breaking through the glass ceiling. This is a lie of a gargantuan portion. When it comes to women’s health we are all on board, but the Democrats persist by saying women should be free to have an abortion.  Dissecting these unfounded allegations is a lot easier than the procedure most abhor, but most feel that sometimes an abortion is necessary to protect a women’s health. Only the left wing agitators and far right religious zealots, the triumvirate of Obama Reid Pelosi constantly beat the drums on this subject. Enough already.  And this week the Democrat party head Debbie Wasserman-Schultz said that Governor Walker gives women the back of his hand. A disgusting comment later retracted, but without an apology and with it the same lying allegations continued. Vitriolic diatribe dished out under the guise of the same old mantra.

One of the largest lies is that the Republicans will make you breath poisonous air, drink contaminated water. This is the most preposterous of allegations one can imagine. Every Republican is for clean air and potable drinking water. Republicans are fisherman and most of all they love open space, big sky type country, clean rivers and uncontaminated fish. Another blasphemous and unfounded allegation. What the Republicans are against are unrestrained regulations and unnecessary burdens that prevent economic progress. Think Keystone XL.

Turning swords into plowshares. Year right; Obama has done a good job at that. The world is now in chaos. The libs have opened up jails and all hell has broken loose. We don’t hear much about Egypt right now – the General has decimated the Muslim Brotherhood. Obama didn’t like having the Muslim Brotherhood outlawed; he said it was undemocratic, coup d’etat.   Iraq and Syria are being burned to the ground by a barbaric Muslim caliphate condoned by Obama. Not standing ones ground as we should have unleashed a world wide enemy hell bent on our destruction. Obama has given them the key and invitation to plunder and wreck carnage throughout the Muslim world.  Vladimir Putin has stared Obama down in the Ukraine conflict. As the country shudders under today’s lying administration we watch impatiently as Rome burns.

What more evidence do we need to understand the threat that exists to our very survival and way of life than the daily warped vision of the Obama et al administration. Expect more of the lies going forward because it is US against them. And we are a mortal threat to the multitude of lying naysayers who threaten our freedom and liberty.