Back yonder the Nobel Peace Prize was awarded to none other than President Obama, who by the way was an unknown quantity at that point in time, but for some reason which we all know, was the greatest sham of the century . To quote the committee, “has attached special importance to Obama’s vision of and work for a world without nuclear weapons.” Have you ever heard of a bunch of garbage? Obama condoned the development of nuclear weapons in North Korea. He gave Iran the key to nuclear development by the mullahs. His foreign policy decisions were the white flag ticket to the Russians, Turkey and Isis in Syria. Don’t forget the 400,000 killed in this conflict. Obama is responsible for this blood letting; there is more blood on his hands then the local butcher.

Soon we shall see the Iran agreement that Obama agreed to come full circle under President Trump. May 12 is the date to watch. Foreign policy expert, John Bolton now part of the Trump administration, is not fooled by words, but sees the action on the ground in Syria, Yemen, Iraq and Lebanon as the long arm of Islamic terrorist organization known as the Revolutionary Guards spreading their hegemony across the Levant. However, he hasn’t turned a blind eye to eventual encounter Israel will have with Iran.

For sure we know that past is prelude; Israel took out a partially built Iranian nuclear reactor in 1981 – the same holds true for a partially built nuclear reactor site in Syria -constructed by the North Koreans. Israel cannot afford to see the spread of nuclear weapons in the Middle East. Their defense establishment has the plans and operations ready at the get go to repeat the 1981 mission. This is not hyperbole, but it will be coming to a theater near you. Russia, will not sit idly by when the conflict goes full bore, we guarantee it. Along with the destruction of Iran’s nuclear capability, Syria will suffer a destruction of their military establishment too.

Mattis: Iran-Israel clash is close, but US military focus shifts out of Syria to Iraq

The dangers we face today are the result of Obama’s White Flag, he lived in a Utopian world made up of bad actors. The hoax here is that Obama was their point man. Obama, the man of peace as the Nobel Committee designated was not one at all, but a criminal perpetrator of war.

Do the right thing Nobel Committee, take back Obama’s Peace Prize and awarded it to President Trump. 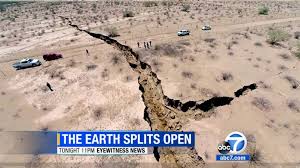