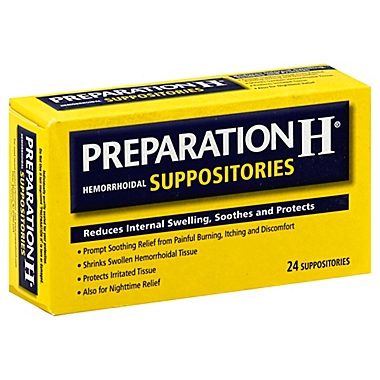 And to rub it in even further, yes Branden loves shoving it in where the sun don’t shine, he is about to raise your taxes to cover the cost of his self generated $10 trillion deficit; the largest in history.

Looking at it from a Republican perspective, we find good omens. For instance, going Green means sky high gas prices; shutting down the Keystone XL was meant to pipe you in the GASS. First thing Branden did upon taking office.

Then shut down drilling in the Gulf and Alaska, that was a doubling down, or up, depends on where you stand. But overall this created a WINDFALL for Big Oil. These companies are now floating in liquid gold. Thank you Branden for the gift that keeps on giving.

Hey Branden, can you imagine how many of your constituents are about to take their pain out on your fellow losers, come November; yes, losers because they have no clue on how to solve this messy diarrhea and either do you. Just wait, only a few short months you will experience their pain.  A word of advice, “pick up some “Preparation H” before it is no longer available; because what goes around comes around. The following post is from the EPD board on yahoo finance, authored by Deepsea. Very good prospective. Guarantee you will love it.

12 hours ago
My fellow EPD partners… There is a wonderful little secret that some energy investors know but we keep very, very quiet about. That is Big Oil & Gas is going to see to it these elected greenie dems are all voted out of office, order is restored in our country and we again become energy independent under an administration that is not delusional about our reliance on cheap, dependable fossil fuels but is thankful for our energy companies and all the hard working people who supply it.

For years Big Oil has been yanked to Washington to be publicly lambasted over and over again about greenhouse gas emissions and climate change and what they are doing to become greener and all of that nonsense. Now the tables have turned and the greenie dem agenda has backfired with their constituency suffering the greatest inflation in decades fueled primarily by the very energy scarcity they created. For the typical dem who lives paycheck-to-paycheck walking into a grocery store is like walking into a house of horrors loaded with skyrocketing food prices. A trip to the gas station feels like having a tooth pulled and when their landlord hikes the rent by 10-15% they either pay it or have to look for a bridge to live under.

Watch what happens… Big Oil & Gas is gonna sit back and let the price of energy rise higher and higher until this administration is begging them to increase production and even then, they will not. Why should they? They are MINTING $ at these prices, buying back shares and returning capital to us (their investors) like crazy. Yes, Big Oil & Gas is gonna squeeze this administration’s voter base with higher and higher energy prices and the related inflation by doing absolutely nothing other than they were told to do and that is “Produce no more!”. They’ll kick back until the greenies are peeing their pants screaming for their greenie elected officials to do something… to do anything! But guess what? THERE IS NOTHING THEY CAN DO. Such sweet justice and revenge. Indeed, revenge is a dish best served cold.

Get ready because the buncha dems in office at the state and federal levels are going to get voted out and Big Energy is going to see to it. Once they are replaced our energy producers will again work with a friendly administration. Until then the dumbed down greenies better get used to higher and higher prices. If they think this is bad, they ain’t seen nothin’ yet. They aren’t gonna believe the energy prices and overall inflation that is coming.

Personally, I will relish paying $10 a gallon for gas and dealing with the energy based inflation that comes with it to bury this entire green agenda and all those who supported it, permanently. Watch what happens. This is gonna get very interesting as Big Energy kicks back and watches the dem’s green house of cards come crashing down around them as their support base crumbles financially begging for cheap, plentiful energy again and an end to the crazy inflation that comes with energy scarcity.